There's no denying that puppies and kittens are hard to resist -- just see the reactions to our recent graduation ceremony at the ASPCA Kitten Nursery. But two other undeniable truths deserve even more of our attention: First, older shelter animals are just as loving, loyal and delightful as young ones. Second, senior animals are typically the last to be adopted and the first to be euthanized. 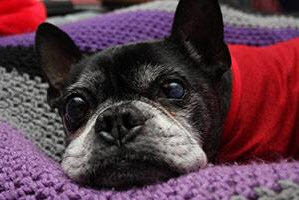 This is why Adopt a Senior Pet Month is so important. Every shelter has older dogs or cats in their care, but stigmas often deprive them of the right to be fairly considered.

Some adopters hesitate because they believe older pets are less likely to bond with new owners -- this is not the case. While many senior animals have spent years or decades with previous owners, age is not a determining factor in an animal's affection toward new owners or its ability to bond with them at any point. In fact, owners often easily form bonds with older pets due to the animals' typically calmer dispositions, their familiarity with home environments, their experience dealing with other animals, and previous training.

Other myths about older pets include them being sick, unfriendly, dirty, and unsafe around young children. But none of that can be assumed any more than one would assume it with a newborn pet. Your local shelter or rescue group will be in the best position to assess potential matches, so be sure to ask lots of questions.

Beyond the misconceptions, there are clear benefits to adopting a senior pet. For starters, their behavior is more predictable because their personalities are already well developed. You'll also know their full-grown size and activity level, and how that might affect your lifestyle.

Senior pets are also easier to train and require less monitoring than puppies or kittens, who sometimes can't distinguish between a safe situation and a dangerous one. It's nice to adopt a dog who likely knows what "no" means.

Additionally, senior animals won't have teething issues and will come into your life already house-trained, meaning they're less likely to cause destruction in your home -- especially if you're away for long periods. Older pets are also more accustomed to the predictable daytime and nighttime patterns of humans.

Organizations like Susie's Senior Dogs, Muttville, and The Grey Muzzle Organization work hard to promote senior animals who are at increased risk of euthanasia, but you can play a crucial part by adopting one yourself, as well as by encouraging friends, family and colleagues to do the same. When you adopt an older pet, you're not only bringing incredible joy into your home, but rescuing an animal that's very close to peril.

Some inspiring senior success stories include Marnie, a senior Shih Tzu found abandoned and later adopted in 2012; and Arabelle, a senior pit bull rescued from a massive dog fighting operation we helped dismantle in 2013. Both of these dogs were adopted despite these deeply held misconceptions, and each brought as much love, enjoyment, and loyalty into their new homes as would an animal of any age.