Paradigm Shifters is a series of interviews with a select group of women from eclectic walks of life. It will highlight unspoken, real life insights on how women have been able to turn weakness into strength. A naked soul point of view of how their breakdowns were really a preparation for breakthroughs. They are your quintessential Paradigm Shifters; internal shifts converted into genuine change.

I hope from these stories you will look at your own situations, struggles and accomplishments through a different lens. At the very least you will be more equipped with real-life tools to change your own paradigm. At the end of the day we are our own Alchemist turning the silver we were born with into the gold are destined to become. 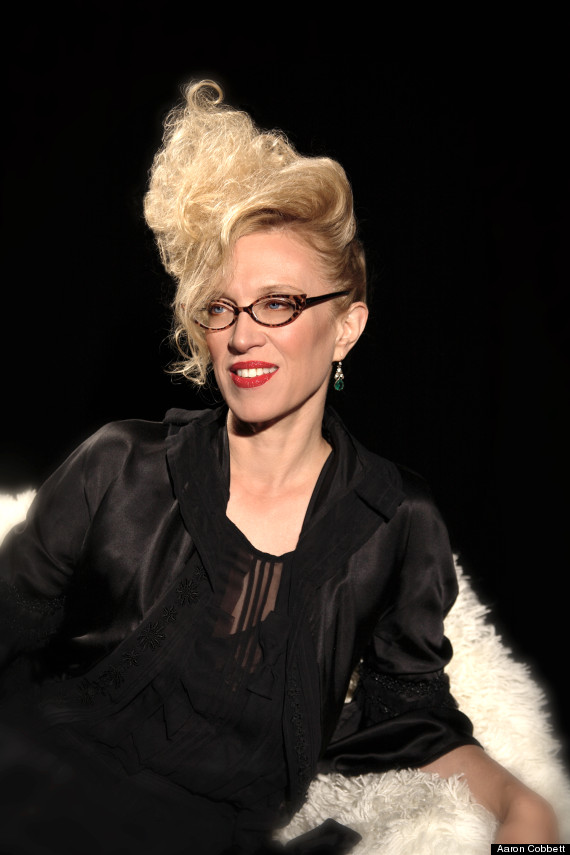 Valerie Steele is the director and chief curator at The Museum at the Fashion Institute of Technology and founder and editor in chief of Fashion Theory: The Journal of Dress, Body and Culture. She aims to widen the field of fashion history through her work. Valerie has curated over 20 exhibitions such as Shoe Obsession, Daphne Guinness, Gothic: Dark Glamour and Love & War: The Weaponized Woman and has authored and co-authored over a dozen books regarding fashion history.

Valerie:The Weaponized Woman was a way of looking at both armor as well as clothing and lingerie as being a kind of chic armor that make women feel empowered. This was part of a longer analysis of fashion and not intended to oppressed women, but to be an experience that women engaged with on their own terms and that helped them create a changing embodied identity and that was what that show dealt with. At first nobody understood it. People kept saying "are you doing this show about uniforms?" But then one day Prada gave an interview and she said, you know "women have to be stronger and present themselves in stronger ways," and I thought, "That's really more what I'm talking about."

What was your ultimate goal for the Weaponized Woman? What were you hoping that people would take away from the exhibit?

The same as with all of my shows: our mission at the museum is to advance the knowledge of fashion. That's always been what I've been about, to try and get people to take fashions seriously while recognizing that it can be fun too, but ultimately to take fashion seriously as a cultural form that's meaningful.

Did you want people to see lingerie in a different light?

Well I guess I don't believe that the meaning of any item of clothing lies within the clothing itself. I think that meaning is something that we construct and that we constantly reconstruct. For example, the idea that a corset is automatically an oppressive garment used by a male-dominated society to oppress women and make them unhealthy and weaker is too simplified. Women wore corsets for more that 400 years because they saw some value in the corset for themselves. It's like Marx said, "Men make their own history, but they do not make it just as they please." Women wore corsets because it gave them a more youthful feminine figure, it was a sign of respectability and high social status. Women had a variety of reasons. When women gave up corsets, in a way they didn't really give it up so much as internalize the corsets through diet and exercise to try and continue to idealize the body. They just did it in different ways. So lingerie is not just an erotic enticement to men but it can also have significance that varies from woman to woman and changes over time to the wearer herself.

For many years underwear's primary purpose was to keep clothes from getting dirty from the body because you could wash the underwear but you couldn't really wash clothes, you didn't have dry cleaning. You had velvet and silk clothes and elaborate embroidery, so your underwear was protecting the clothes from the body. Later on, as clothing became more revealing, underwear started to serve new purposes and no longer could function to pad you out so much or push the fat around. It became the layer that's underneath the garment between you and the world. And it's become much more minimal as clothing has become much more minimal, which doesn't mean it can't also have a variety of intimate meanings for the woman or the man who wears them.

So you've been working on exhibitions since 1997, and you've curated over 20. What do you think is the overlying theme in what you've done with the exhibits?

To some extent, there is a goal of challenging the oversimplification of myths about fashion to try and get people to see that fashion is more complicated than they might think. I suppose a lot of my shows have had to do with the relationship between clothing and the body and clothing and identity. I've been particularly interested in items of clothing that have very strong sexual or gender connotations, whether it's the corset, the high heeled shoe, or things that are associated with a whole set of complex literary and artistic associations. We did a great show Gothic Dark Glamour, which interrogated what gothic literature and vampire films and art had to do with certain styles that were labeled Gothic or Goth.

Was there a breakthrough moment that led you in the direction of fashion?

My light bulb moment was when I suddenly realized that fashion was a part of culture and that came during my first term at Yale. We had an assignment to read two articles from a scholarly journal and I remember my classmate Judy presented on two articles about the corset from the feminist journal Signs. One of them was the traditional view that the corset was oppressive to women and the other was from a revisionist viewpoint that it was sexually liberating. It was just like a light bulb went on and I realized you can study fashion in a serious way and try and tease out the meanings of different styles of dress.

Well my life is so tied around my work that 2013 would be "Queer" and 2014 would be "Dance" and that's because those are the two big exhibitions that I've been working on those years. Last year I did the "Queer History of Fashion: From the Closet to the Cat Walk," and this year I'm working on next fall's show which is "Dance and Fashion." So that's what I've been immersed in all the time.

My work is my life. My work is incredibly enjoyable because everybody deals with fashion in their own lives and on a daily basis. The more you know, the more interesting fashion becomes, and it's something that everybody is capable of relating to.

Valerie Steele highlights opposing forces in a way that we can identify with. She brings the unspoken into a visual form that allows us to understand ourselves better. Having dedicated my life to redirecting the power of lingerie to the empowerment of women, I understand the power that lies in the truth of polarizing concepts. I admire Valerie for dedicating her life to shifting the paradigm of how fashion impacts us.