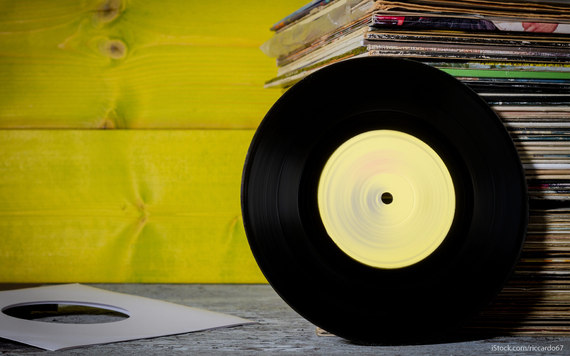 Record Store Day 2016 is April 16 and music hobbyists across the globe will be flocking to independent music stores to get their hands on much anticipated new releases and highly-coveted reissues from artists like Justin Bieber, Metallica and David Bowie.

Here's a look at the top RSD releases and tips on how to save money when expanding your vinyl collection.

Related: 7 Ways to Save Money at Coachella, Lollapalooza and Other Music Festivals

Some of the most notable Record Store Day releases include a 12-inch picture disc version of Justin Bieber's "Purpose," multiple David Bowie records -- including a 12-inch vinyl of "I Dig Everything - The Pye Singles 1966" -- and Deftones' "B-Sides & Rarities" double LP.

In addition to an impressive Record Store Day 2016 release list, many stores will have an all-day party vibe, with special discounts, karaoke and event performances. In honor of the holiday, Metallica is releasing their CD "Liberté, Egalité, Fraternité, Metallica! - Live at Le Bataclan. Paris, France - June 11th, 2003" and will be performing at Rasputin Music in Berkeley, Calif.

Disturbed is also releasing a picture disc for "The Sound of Silence" on RSD. The disc will only be available at participating stores. The band posted to Instagram to promote the disc's release.

5 Ways to Save Money on Top Records

If you don't have the opportunity to participate in Record Store Day 2016, there are still plenty of ways to expand your record collection without spending a fortune.

In addition to local deals, you can attend free music performances at stores across Los Angeles. Here's the full list:

Keep Reading: From Tidal to the NBA Nets -- How Jay Z Made Millions

Record Store Deals in San Francisco and the Bay Area

For Seattle residents, look for the exclusive "KEXP Presents: Raw Power - A Tribute to Iggy & The Stooges Live From the Rooftop of Pike Place Market - August 23rd, 2015." Proceeds will benefit KEXP Radio, which is holding a grand opening celebration on Record Store Day at the Seattle Center.

Laura Woods contributed to this article.