Sad but true: Bad stuff happens to all of us. Relationships turn toxic and die, trips to the HR department end in pink slips and tears, loved ones become ill.

It hurts. It sucks. And a lot of times, it's unfair. You'd like to think that you're the kind of person who can suck it up and instantly recover, but the fact is, everyone reacts differently to disappointment and pain. "Let it go" may make for an inspiring (if irritatingly omnipresent) song lyric, but let's face it: Landing on your feet and moving on is a lot easier said than done.

But here's the thing: While none of us is totally in control of what happens in life, we can control how we react to heinous situations. We asked experts for their best strategies for moving on and bouncing back.

Follow these tricks and you'll not only be able to rebound from disappointments -- you'll actually end up a better, smarter, stronger person than before. (Admit it, you're intrigued, right?)

Throw a (small) pity party.
Want to have a good sob? Go medieval on a container of Ben & Jerry's? By all means, do it. Unless you let yourself feel pain, you can't heal properly, says Karen Salmansohn, the best-selling author of The Bounce Back Book, who uses a personal story to illustrate her point: "While vacationing in Greece a few years ago, I had an accident, in which I basically got squished underneath my moped. I was embarrassed, so even though I was hurt, I put up a brave front, insisting to my friends, 'I'm OK, I'm OK.' Well, my elbow ended up healing badly and to this day I have trouble with my arm." Crashing in a relationship, or in another aspect of your life, is like that, says Salmansohn: "When you insist that you're fine and don't take time to acknowledge the pain (or grieve, for that matter), you don't heal properly. Let yourself mourn.

Kelly McGonigal, Ph.D., author of the upcoming book, The Upside of Stress, puts it this way: "Giving yourself permission to grieve about disappointment is how you move on." In fact, she says, research shows that the more upset you are after some kind of loss or adversity, the more likely you are to experience personal growth as a result. "Feeling bad is often a catalyst for making positive change," she says. "If you try to suppress your feelings and 'skip' the feeling bad part, you're less likely to learn and grow from the experience."

Pretend you're Serena Williams.
Think of any transition as a kind of major sporting event, says McGonigal. "Life is asking a lot of you, so take care of yourself in the same way that an athlete would prepare for an important competition," she says. "Think of it as self-care, rather than self-indulgence. By that I mean it should create health, help you sustain energy, or provide a true rest." Salmansohn opts for the second, tapping into the mind-body connection by reaching for the dumbbells. "It makes me feel empowered -- I'm like, Oh yeah!" she says. "There are studies that show when you're physically strong, you're emotionally strong." 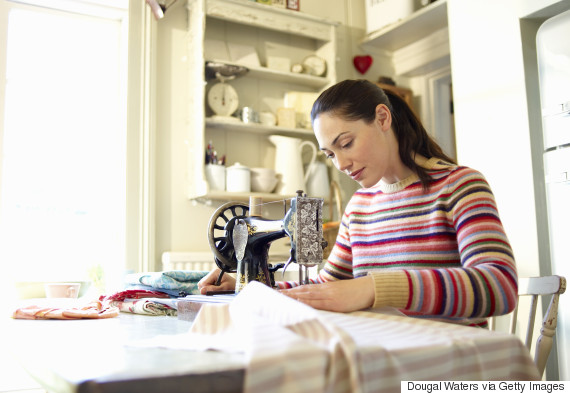 One of the reasons we feel so upset when life throws us for a loop is because we feel out of control. "Distractions help you re-gain some of that control," says Salmansohn. Choose something that you're good at -- a signature strength or passion, she says -- then put it on your calendar and do it. "The more stuff that you can write down on your to-do list and cross off, the more you'll feel in control," says Salmansohn. "Think of it as a stop-and-swap: 'Well, I couldn't control that, but I can control this.' You were the person who got dumped or got fired; now you're the woman who's a killer tennis player or someone who has the coolest Pinterest page in the world. You've got stuff going on! The point here is to remind yourself that there are other aspects to you as a person."

Some of the best distractions, McGonigal says, are the ones that involve doing something positive and constructive (in other words, nix the Netflix binge). "Volunteer at a local charity, train for a 5K, even clean out your closet," she suggests. "Basically, anything that involves moving energy in a positive direction."

Pick up the phone.
Usually when we're going through a tough time or trauma, we tend to pull inward and push people away. Bad move. "You have to get yourself off that merry-go-round of not-so-merry thoughts," says Salmansohn. "When we're by ourselves, we tend to wallow and obsess. But studies show that people who seek out the comfort and safety of friends are the ones who recover fastest. Love does heal, so be around the people who love and support you." There's another good reason for reaching out, according to Gail Saltz, M.D., Health's contributing psychology editor: "Friends can help you recover by offering suggestions and advice that you may not have considered." And while you're at it, call home, OK? Scientists at the University of Wisconsin at Madison found that when women hear their mother's voice, it can reduce their stress hormones, producing an effect similar to a hug.

Reframe your identity.
Don't let a bad situation define you. Boost your self-esteem by changing your identity and getting out of that victim mindset: "Think of yourself as a victor, not a victim," says Salmansohn. "Reassure yourself that whatever happens, you are the type of person who can get through it. Make it a point to say a mantra of positive -- not pitiful -- words whenever a defeatist attitude starts to creep in: I'm going to be OK. I'm strong. I have it within me to get through this and get to where I need to be." Another trick to get you in a positive frame of mind: "Realize that life is full of curve balls," Saltz says. "Look back and recall how you handled every one of them. What you'll realize: You got through them, and you can get through this."

Give yourself a break.
Repair your ego by taking time for a personal -- and compassionate -- pep talk. "Focus on what's universal about your situation," says McGonigal. "Everyone makes mistakes. Everyone experiences rejection. Everyone knows what it's like to try and fail. All that your experience says is that you are human -- not that your life is uniquely screwed up." And stop projecting blame inward, Saltz says: "It's self-referential to think that the fault lies solely with you and not the other person. For example, maybe your relationship failed because your former partner was a commitment-phobe. You need to spot what someone else has brought -- or not brought -- to the situation." 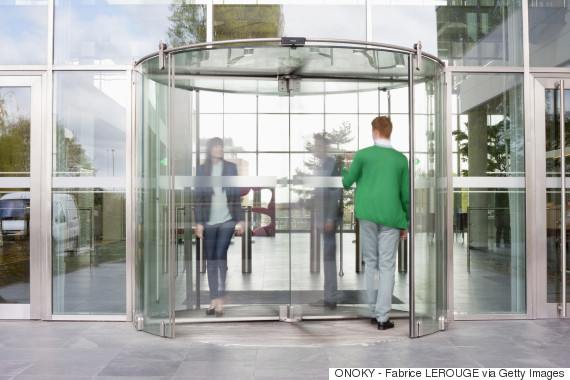 Think of it as a kind of emotional adrenaline to make some changes in your life. "A lot of people are afraid of change or anything new and unfamiliar," says Salmansohn. "But when you're going through a crisis, suddenly the new and unfamiliar doesn't look as scary as the place you're in, so you're more open to change." Remember, the story of your life is a lot bigger than one single moment, "so imagine this moment as a turning point in the story that will propel you to something bigger and better," McGonigal says.

Re-write the story.
OK, it may sound a little hokey, but it happens to be true: As awful as your situation may be, there's something positive that can come out of it. McGonigal believes that "there's always an upside to change because it gives you an opportunity to make an intentional choice about what you want in life and who you want to be or become. Without major disruptions in our lives, it's easy to never really reflect on those things." Or, as Salmansohn says: "Ultimately, it's all about adopting a student mentality and searching for the good lessons. Happiness isn't about what happens to you; it's how you respond to what happens to you. Tell your story as a sad one and it will be a sad story; tell it as a happy one and it will be a happy story -- with a happy ending."

More from Health.com:
12 Ways We Sabotage Our Mental Health
9 Ways to Silence Your Inner Critic
22 Ways to Get Happy Now

8 Ways to Bounce Back After Disappointment originally appeared on Health.com