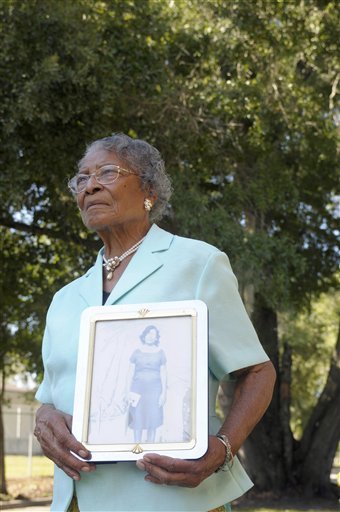 In 1944, a young African American woman named Recy Taylor was brutally gang raped by seven white men in Abbeville, Alabama. The investigation into Taylor's assault was spearheaded by Rosa Parks and the NAACP; anchoring Parks' lifelong commitment to civil and human rights activism. Parks created the "Committee for Equal Justice for Mrs. Recy Taylor," garnering support from black women activists like Mary Church Terrell, and mobilizing African American communities around the nation. Taylor's rapists were eventually tried before an all-white jury. During the "trial," the jury heard the local police sheriff testify that Taylor was a prostitute who'd willingly participated in her own assault. As with most cases involving the rape of a black woman in an era in which it was considered an oxymoron, Taylor's assailants went scot free. Her case became a major catalyst for black women's civil rights resistance and the intersectional connection between sexual violence and state violence.

Over seventy years later, the outrage of this non-conviction reverberates in the case of Daniel Holtzclaw, a former Oklahoma police officer accused of sexually assaulting and stalking multiple black women victims of all ages. The selection of an all-white jury to hear Holtzclaw's case has elicited national protest among black women activists and writers. As Kirsten West Savali noted in The Root:

An all-white jury -- eight men and four women -- was selected Tuesday to ensure that Holtzclaw receives a fair trial from his 'peers.' That Holtzclaw's mother is reportedly of Japanese descent does not matter; once he put on that uniform, he became a beneficiary of a racist system that devalues and destroys black people as a matter of course and with impunity. And there may be four white women on that jury, but if precedence has taught us anything, it is that white women, even so-called allies, have too often been complicit in justifying and/or inflicting violence against black women and girls. See McKinney, Texas.

Savali alludes to the role the criminal justice system, the police and ordinary white citizens have played in preserving the purity of white womanhood by both promoting the image of the insatiable black rapist and the out of control, hypersexual black "bitch." When activist Ida B. Wells began her campaign against lynching in the late 19th century there wasn't consensus among African Americans that lynching was worthy of a national social justice movement, nor was there agreement about the terroristic sexual politics that motivated white lynch mobs. Wells was perhaps the first journalist to speak out on the racist and sexist implications of lynching. In her editorials she consistently blasted the hypocrisy of white savagery against black men accused of raping white women and exposed the long history of black female sexual exploitation by white men. Historically, while black men were lynched and "tried" by a racist criminal justice system, black women were lynched, raped, tried and character assassinated by a racist, sexist criminal justice system. Indeed, as legal scholar and historian Dorothy Roberts argues in her book Killing the Black Body, "For much of American history the crime of rape of a Black woman did not exist." After Emancipation, black women rape victims still "had no rights a white man was bound to respect" under the law. Police violence against black women was and is merely an extension of the brutal policing of black women's bodies under slavery. The "disreputable," primarily working class black women Holtzclaw is accused of stalking and sexually assaulting are part of a violent legacy which stretches back from civil rights activist Claudette Colvin, to Recy Taylor to generations of unnamed black women victims whose sexual "degeneracy" validated white women's bodies as protected space.

The jury selection in the Holtzclaw case is an atrocity that would not have been countenanced if the situation were reversed. Over the past few decades, racial bias in jury selection has been vigorously challenged by civil rights advocates. Last week, the Supreme Court heard a racial-bias-in-jury-selection case involving an African American Death Row inmate convicted of killing an elderly white woman in Georgia. In the defendant's 1987 murder trial, black jurors were dismissed from consideration by the case's prosecutor. According to the SCOTUS blog the prosecutor had identified black jurors in green highlighter and circled the word "BLACK" on the questionnaires of three prospective jurors. A 2010 study by the Alabama-based Equal Justice Initiative examining jury selection in eight Southern states "found significant racially discriminatory practices in jury selection." In Kentucky, Jefferson County Circuit Court judge Olu Stevens, who is African American, recently dismissed an entire jury that he deemed to be racially unrepresentative.

In 2011, decades after suffering a brutal sexual assault and violent attack on her morals and character, Recy Taylor received an apology from the Alabama House of Representatives. What she has yet to see is her attackers brought to justice. And generations later the Holtzclaw case is another sexually terroristic symbol of the Jim Crow legacy of the all-white jury.