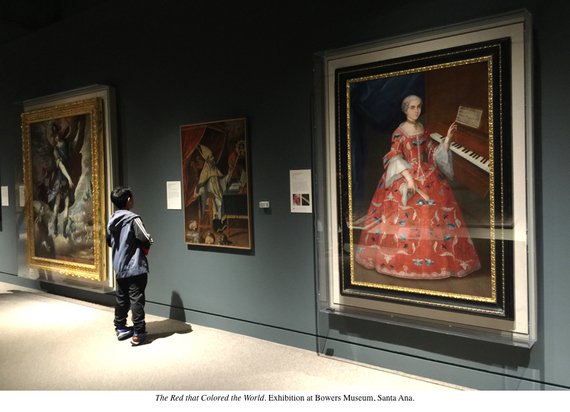 Let me start with a seemingly simple question: What is your favorite color? For me, it is definitely a toss up between red and blue. Artists and craftsmen have been using these colors for centuries. Today, one goes to an art store and buys a tube of paint... it's that easy. But back in the day, getting the right color was much, much more complicated. As an interesting coincidence, there are two museum exhibitions in Southern California right now that tell the intricate and fascinating stories of how these two colors, red and blue, evolved from being rare and precious materials to commonplace. 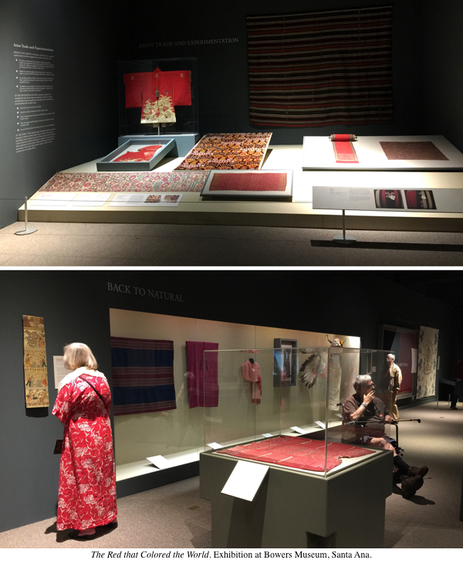 The new exhibit at Bowers Museum in Santa Ana, The Red that Colored the World, tells the intriguing story about one particularly rich type of red, made out of the cochineal -- tiny and not necessarily nice-looking insects. It is the story of how this precious bug juice was first used in ancient Mexico and then, after Spaniards discovered it in Aztec marketplaces in the 16th century, how it became a source of huge wealth for colonial Spain. 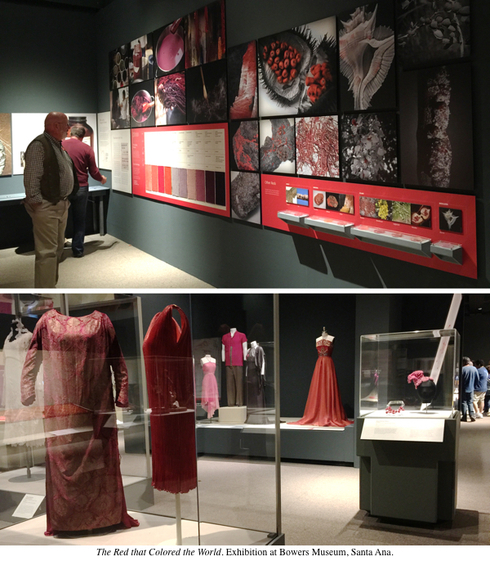 The exhibition highlights over one hundred samples of sculptures, paintings, textiles, manuscripts and clothing, most of them using cochineal red, and all of them demonstrating the rich variety of hues that artists are able to achieve with the help of this little bug. After Spain brought this particular color of red to Europe, it quickly became fashionable and highly sought after. This traveling exhibition was organized by the Museum of International Folk Art in Santa Fe, New Mexico, and will be on display at Bowers Museum in Santa Ana through February 2016. 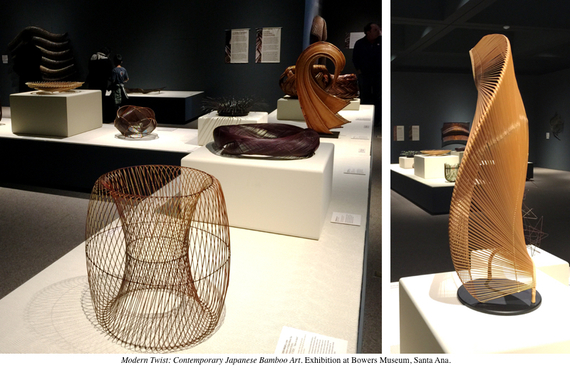 And before you leave Bowers, be sure to catch another temporary exhibition there, Modern Twist, which tells the story of contemporary Japanese bamboo art. It's interesting that, despite being a quintessential part of Japanese culture, bamboo is a rather challenging artistic medium that requires decades of meticulous practice to master. That's why there are only 100 professional bamboo artists in Japan today. This exhibition brings the work of 17 of these artists together and the intricacies of their craft are simply astonishing. 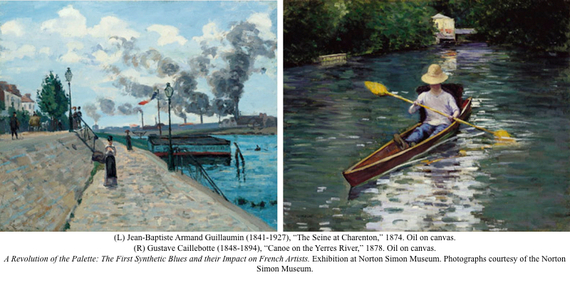 In medieval Europe, one of the most precious of all pigments was natural ultramarine. It was a color derived from the semiprecious gemstone, lapis lazuli. During the Renaissance, ultramarine, with its brilliant, royal blue hue, was even more expensive than gold. The current exhibition at the Norton Simon Museum, A Revolution of the Palette: The First Synthetic Blues and their Impact on French Artists, tells the story of the accidental discovery of Prussian blue at the very beginning of the 18th century and its subsequent use. The exhibition, which runs through January 4, contains examples of the use of Prussian blue by such artists as Vigée-Lebrun, Ingres, Corot, Degas, and Caillebotte, among others.

So, why don't you treat yourself this holiday season with a special adventure --an artistic journey stretching from Red to Blue.