HEMPSTEAD, N.Y. (AP) — The blue sneakers were the subject of the crime. But it was a Long Island man's red underwear that led him into the hands of police.

Police tell Newsday (http://nwsdy.li/1eM6WfQ ) that 18-year-old Taykim Ross stole $200, electronics and Air Jordan sneakers from an apartment Monday and stopped in the backyard to try on the new kicks. That's when a neighbor snapped a photo of him with red boxers visible above his jeans. 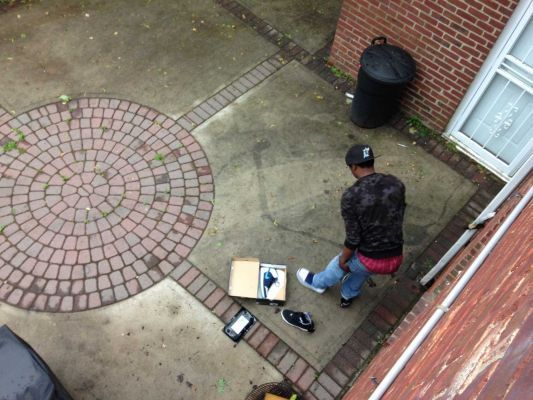 Hempstead Village Officer Russell Harris says he was returning after a canvass of the neighborhood when he noticed someone taking garbage out in his mirror. Harris says he saw someone bending over with "bright red underwear."

Turns out, it was an exact match of the photo.

Ross will be arraigned Tuesday. It's unclear if he has an attorney