After facing backlash from both Christians and Muslims in South Africa, energy-drink maker Red Bull has voluntary discontinued advertisements that give an alternative interpretation of Jesus' walk on water, the Associated Press reports.

In the animated TV spots, Jesus is fishing with two passengers when he declares, "This is boring!" then steps off the side of the boat and onto the water.

When his fishing companions ask how he is able to walk on the water, he responds, "It's no miracle; you just have to know where the stepping stones are!"

Christian and Muslim religious leaders condemned the commercials for spreading messages that are hurtful to both faiths and religion as a whole, the Telegraph reports.

"We wish that our voices can be united to make clear to any secular extremist that any attack or defacement of religious symbols and sacred spaces is not acceptable," South Africa's Muslim Judicial Council wrote in a message to Cardinal Wilfrid Napier, head of the Southern African Roman Catholic Bishops Conference.

Cardinal Napier called on Catholics to abstain from drinking Red Bull leading up to Easter and to donate any money saved to charity.

"While the Red Bull adverts are characterized by their cleverness, we believe that Red Bull South Africa have overstepped a mark," Napier said in a statement. "We also suggest that the marketing team and their advertising and public relations companies make a serious effort to attend sensitivity training. People are more than consumers and faith-based symbols are more than marketing opportunities."

The controversial Red Bull campaign follows a number of incidents over recent months in which billboards and other advertisements have sparked outrage among religious groups.

Last week, outrage erupted in Harrisburgh, Pa., after an atheist organization erected a billboard featuring a picture of a slave and the words "Slaves, obey your masters." The billboard has since been taken down, and representatives from both the billboard's sponsors and the Pennsylvania Human Relations Commission are scheduled to meet for discussions.

Atheist organizations have erected controversial billboards in other cities as well. Over the past two months, religious communities in Brooklyn and Dallas have rejected billboards sponsored by atheist organizations, objecting to the messages "You know it's a myth, and you have a choice," and "Doubts about religion? You're one of many."

Watch the controversial Red Bull ad in the video above.

Check out other controversial billboards below: 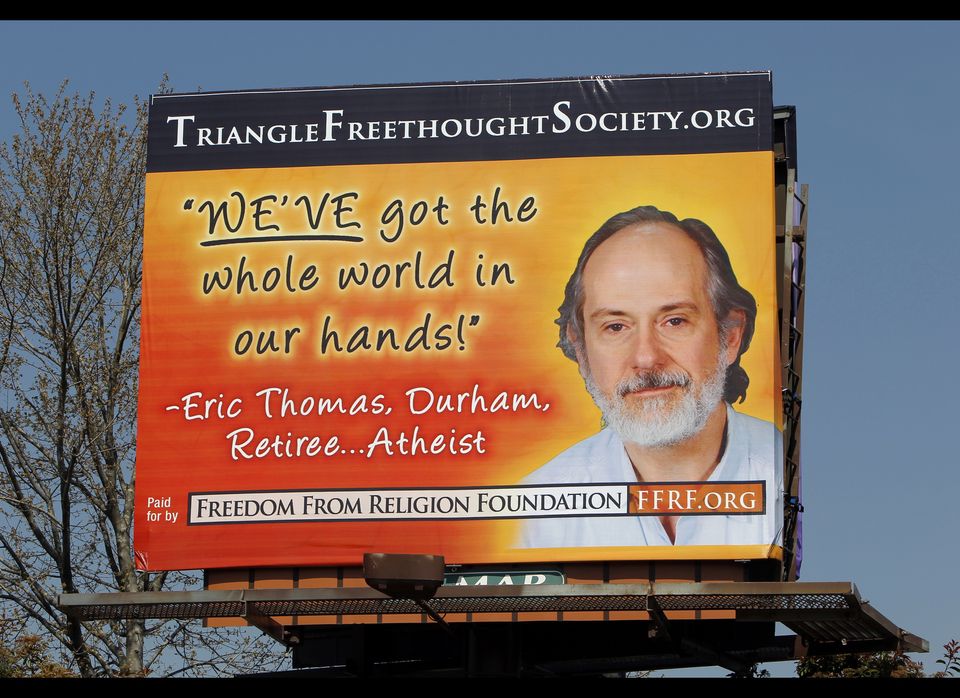