"Too many CIOs are still clueless about how often open source is being used in their own organizations," said a recent post that labeled open-source as both 'frightening and fantastic'. A survey of 820 CIOs reported that 62% of respondents think that more than half of purchased software will be open source in five years. If you are a CIO who is looking to migrate to open source, then keep reading. Recently I had the pleasure of speaking with Brian Stevens, CTO of Red Hat, the world's leading provider of open source solutions and the first billion dollar open source software company. Red Hat uses a community-powered approach to provide reliable and high-performing cloud, virtualization, storage, Linux® and middleware technologies to customers. 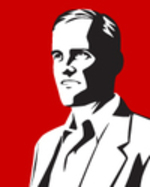 So how does a company who gives away what they do for free, go about earning $1.53 billion dollars in revenue last year while saving their clients 10x as much in cost and giving them better operational efficiencies? Built on the principles of openness, collaboration and technology contribution that define the open source development model, Red Hat came to the realization that there is a massive economic benefit as customers are more fully able to take advantage of modernizing an infrastructure around open source. "We always say we want millions of users and hundreds of thousands of customers. If you can adapt to that model where it is not monetized 100%, there are massive opportunities out there with customers that need a partnership. It's a win-win model," says Stevens.

According to CIO Insight, "Once associated with stigmas about its quality and performance, open source's popularity is growing as CIOs and other tech leaders recognize its advantages in terms of innovation and collaborative edge."

1. Open customer relationships - Stevens says that enterprise buyers want more than software, they want a more complete relationship with their vendors, and a subscription (or license) fits the bill. As CTO of Red Hat, Stevens is always trying to find innovative ways to add more value to develop richer relationships with customers and be a part of their day-to-day lives. He spends a lot of his time in the field engaging with customers to better understand their concerns and challenges. He advises that to "avoid being a vendor sitting inside your four walls guessing", everyone in the company needs to be involved in this process. From the development team, all the way to the CIO, it is critically important for everyone to have a true understanding of what's happening in the industry.

In his effort of engaging with customers to learn how Red Hat can improve their daily operations, Stevens has found that one of the big aspects of a subscription is that customers expect everything to work. They don't want to integrate it by the time it reaches their premise. To make this happen, internally it's all about the eco-system and how all the other suppliers work with their software. "These relationships start years ahead of software delivery, so that by the time it's delivered, it just works," says Stevens.

2. Scaled innovation - When you supply apps or software that is based on an open source license, you also need to give the code. Because of the license, the innovation is happening all over the world. "We consider that it's not just 6,500 people at Red Hat working on the code, but the whole industry is working on the same code that we are giving to our clients," says Stevens. This shared development team makes the end product better and because customers own the code, they have confidence in the fact that they have that asset. Stevens says, "The only way to build an operational platform that drives a high level of agility and efficiency for customers is on open source, it's one of the only places where innovation is happening."

3. Stronger security - independent research validate that open source code has fewer defects per thousand lines of code than proprietary software code, and that the lines between open source and proprietary software will continue to blur over time. Red Hat believes that collaboration leads to better security. With a lot of people trying to penetrate what is now a digital economy, Stevens points to the fact that there is no obscurity in this model because customers are not relying on one vendor to build secure code. Stevens says, "We think it's one of the most secure platforms on the planet, which is why it is running companies like Facebook, Twitter and Google."

4. Industry collaboration - Stevens says that OpenStack is both exciting and boring at the same time. Within a year, OpenStack was identified by the industry as the solution for building a massively scalable private or public cloud. All of the industry worked together on it and because everyone sees that the industry has voted, it is all that customers want to talk about. "It's the same conversation at scale," says Stevens, "Customers want to know how they can get to a cloud deployment via OpenStack." While the conversation might be redundant, Stevens acknowledges that it is a great opportunity for Red Hat that is pulling the company into new markets.

According to Stevens, "When it comes to cloud we are seeing that customers want to follow the industry, and nobody wants to have a single vendor path to cloud. They are looking at the cloud architecture that the largest companies in world have achieved, and asking how they deliver operational scale and how they can emulate that, which comes back to open source."

5. Improved data and analytics capabilities - The first path with data, is getting it out of its silos and being able to scale, secure and store it for your customer. This is how Red Hat got into software-defined storage with their acquisition of Gluster. "With data coming so fast, the legacy hardware technology can't scale and store it cost-effectively. We needed a software-based scale and architecture that is as simple as adding another node to have more storage and access. This forms the basis of Red hat storage," says Stevens.

Once the data is out of the silos and all in one main space and integrated, the next part is data analysis. Instead of building just an analytics silo, you can run leading analytics apps right on top of that storage layer itself, improving the data and analytics capabilities for customers.

Stevens says that there is a massive opportunity and need for skills around open source because it's where everything is moving to. The challenge to new customers is how to get the skills inside their company. Not just the technical skills, but understanding the open source model and what it means. His advice to CIOs that are looking to migrate from proprietary technologies to open source is that it usually starts with one person. Stevens says, "Recruit that agent of change that has great knowledge and has had great success in deploying open source. It usually starts with a fantastic sys admin that knows how to scale this stuff."

Stevens closes with this advice: "You don't build an open source business; open source is not your business value but the path. You need to understand what problem you are solving for customers, and by and large the problem will determine that you use an open source platform to achieve it."

You can watch the full interview with Brian Stevens here. Please join me and Michael Krigsman every Friday at 3PM EST as we host CXOTalk - connecting with thought leaders and innovative executives who are pushing the boundaries within their companies and their fields.