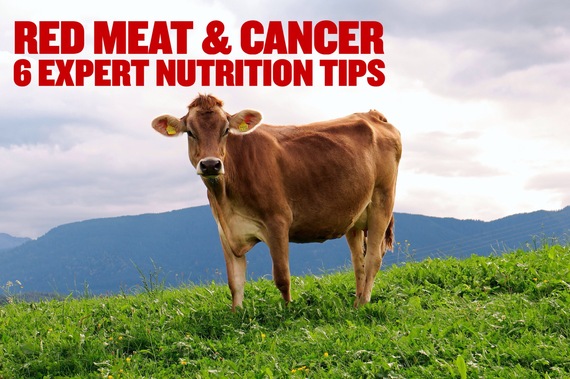 Unless you've been hiding under a rock, you'll know that earlier this week the World Health Organization declared processed meat as definitively carcinogenic to humans and red meat as "probably" carcinogenic. As a nutritionist and an avid follower of dietary trends and analysis, I found this one interesting. Vegetarians and vegans rejoiced and the media cranked out a combination of sensationalist and alarmist headlines. Carnivores wept and twitter became the venue for massive amounts of bacon-related defiance and hilarity: @thepunningman

"In your face, World Health Organisation. The bacon I bought this morning said it was cured."

So I started to investigate, trying to find some objectivity in amongst all the hysteria. An unexpected part of my job has to become a voice of reason in dietary debate. The food industry is heavily driven by profit, mainstream science can seem blinkered and reductionist, the holistic/complimentary/alternative industry can be just as guilty of sensationalism as the media - no wonder people get overwhelmed with conflicting messages and information overload. So let's take a moment to pause and look at all of this rationally.

Firstly, the news that processed meat is carcinogenic (cancer-causing) is not new but has been brewing for decades. That shouldn't necessarily be surprising - especially if you've seen documentaries like "Food, Inc." (essential viewing.) So you mean Spam and hot dogs aren't good for us? No way! Come on everyone, whether you want to believe it or not, it's hard to see how processed meat can be either health-promoting or nourishing in any shape or form.

However, in a step that put the final nail in the coffin, the International Agency for Cancer Research (IACR) gathered 22 scientists from 10 different countries to review 800 epidemiological studies regarding processed meat and red meat intake. To be clear, "processed meat" included anything salted, fermented, cured, smoked or otherwise processed to enhance flavor or improve preservation. "Red meat" included beef, veal, pork, lamb, mutton, horse, goat and any associated offal or meat by-products such as blood.

In respect to processed meat, the IACR conclusion was that

"on the basis of the large amount of data and the consistent associations of colorectal cancer with consumption of processed meat across studies in different populations, which make chance, bias, and confounding unlikely as explanations, a majority of the Working Group concluded that there is sufficient evidence in human beings for the carcinogenicity of the consumption of processed meat."

Did I lose you? This basically means that even when taking into account the possible influence of other contributory factors, that the data still shows a clear correlation between intake and cancer risk. It should be noted that the dose-responsive nature of this was "statistically significant" - for example, a 50g daily portion of processed meat increased risk of bowel cancer by 18% and that risk climbed with further consumption.

Ultimately this has led to the classification of processed meat as a "top tier" carcinogenic substance, alongside alcohol, cigarettes and asbestos. However, whilst this has been used to generate alarmist headlines such as "Bacon, Ham, Sausage as dangerous as smoking" this does not mean it is equally dangerous. It's a little tricky to grasp but the IARC say

"....the classifications describe the strength of the scientific evidence about an agent being a cause of cancer, rather than assessing the level of risk."

"chance, bias, and confounding could not be ruled out with the same degree of confidence for the data on red meat consumption, since no clear association was seen in several of the high quality studies and residual confounding from other diet and lifestyle risk is difficult to exclude. The Working Group concluded that there is limited evidence in human beings for the carcinogenicity of the consumption of red meat."

This issue of confounders really lies at the heart of this debate. As far as I understand it, in a scientific study, a confounder is an additional, unobserved, potential cause of the outcome being studied. So for example, imagine you were doing a study to see if coffee contributed to the development of lung cancer, but you didn't take smoking as a risk factor into account, then smoking would be the confounder. In my opinion, the problem with the assessment of red meat so far is that there are confounders galore and many of them are not being discussed within mainstream review.

For example, it would seem sensible to look at grass fed vs. factory-farmed red meat given that cattle farming methods significantly affect the quality of what we eat. Grass-fed beef has a higher omega 3 and conjugated linoleic acid (good for fat burning) content, as well as more beta-carotene and a variety of other antioxidants. It seems logical that meat from a healthy, free-range animal would be healthier than an animal from a factory farm having never seen a blade of green grass.

Finally, given that most of us have known the health-risks associated with processed meat for some time, it seems logical to me that people who eat lots of processed red meat, might also care less about their diet in general and so may also be consuming more junk food in the broader sense. Isolating carcinogenic factors could become very tricky here.

In light of all this - and while we wait for more studies and more research to clarify some of these issues - what are my recommendations? Ultimately I think the answer is actually quite simple. I would go ahead within these guidelines:

1. Avoid processed meat the vast majority of the time.
Remember this includes ham, bacon (cue weeping), sausages and any meat item (turkey/chicken included) that has been salted/cured/fermented/smoked or otherwise "preserved". If you are going to have it, try choosing an ethical brand such as Applegate or Niman Ranch. But do note that according to the IARC, the Applegate/Niman Ranch deli meats and sausages would still fall into this category as they are either salted, smoked or contain nitrites (albeit naturally occurring nitrites from celery.) If you or your children rely on deli meat for lunch boxes, it's time to start branching out. Try hummus and cucumber, nut butter and fruit-only jam, home roasted organic chicken, avocado and tomato.... there are lots of options! We're in this one together friends, it's going to mean a change in my house too.

2. Pick good quality, grass-fed (and preferably organic) red meat options, occasionally.
Every food purchase you make casts a vote at the checkout so buying organic and grass-fed supports animal welfare. If you think that's pointless (given that your meat, after all, is ultimately dead, then watch this video and get back to me!) If you like red meat, try grass-fed beef or lamb in small portion sizes (1/4 of your plate max). Grass-fed meat tastes different - it is more rich and has an intense flavor, so a little goes a long way. You may also find it more tough. That's not because there is anything wrong with it, but rather we are used to corn-fed beef which is softer (and less healthy.) It's more expensive so to manage the costs, dilute it with beans, lentils and vegetables - and have it less often.

3. Always eat your vegetables!
Regardless of whether you are having red meat or not, always fill half your plate with non-starchy vegetables or salad. These are packed full of cancer-preventing antioxidants that help to neutralize oxidative damage in the body.

4. Be careful how you cook red meat.
Processing red meat triggers the formation of cancer-causing chemicals such as n-nitroso-compounds (NOCs) and polycyclic aromatic hydrocarbons (PAHs). Cooking even good quality red meat at a high temperature also forms PAHs and herterocyclic aromatic aminos (HAAs) too. I have written a column with specific recommendations on this previously (especially regarding BBQ!)

5. Be a healthy vegetarian.
If you're vegetarian or vegan, be a healthy one! There's no animal products in french fries or soda but they are arguably disease-promoting too (especially on a large scale.) Get your veggies in and stick to good quality vegetarian protein instead of processed veggie burgers and sausages.

6. Manage your health holistically.
Remember, although it's a huge part of the picture, nutrition is not the whole picture when it comes to cancer prevention. Managing stress, taking exercise and staying well hydrated (with water!) are all important too.