The carpet won't be the only thing red at the Hammerstein Ballroom Thursday night.

Dozens of Hollywood are supporting Red Nose Day -- a three-hour televised event held at the New York City venue raising awareness and funds for several nonprofits, including Feeding America, Save the Children and the United Way.

Although the show will raise money through a telethon, the NBC broadcast will be "very, very, very different" from the conventional method of fundraising, event creator and film writer-director Richard Curtis told The Associated Press.

The event -- which has raised more than 78 million British pounds, or about $122 million, in the U.K. since its inception in 1988, according to CNN -- will incorporate both live and pre-recorded segments. Funds donated toward past events have benefited a variety of causes, including the fight against AIDS in the developing world, enhancing children's access to education in Africa, and putting an end to domestic violence in the UK.

A long list of star supporters will be featured in the bits, including Reese Witherspoon, Paul Rudd, Christina Aguilera, Will Ferrell and Neil Patrick Harris, among others, the AP noted.

The event has also created quite the buzz online, as several celebrities have sported red noses on social media to draw attention to the event.

Scroll below to see some stars who sported red noses in recognition of the event. Learn more about Red Nose Day, airing at 8 p.m. EDT Thursday on NBC, and how you can support it here.

Red Nose Day has raised over £1bn in the UK. Make sure you watch @RedNoseDayUS tonight. Kim is supporting, are you? pic.twitter.com/1F5gVo8tHZ

How do y'all like my nose? 😎 Remember to tune in to #NBC at 8 PM ET for #RedNose Day! @RedNoseDayUS ❤️ pic.twitter.com/LmNWSBD14s

Be honest, is there something on my face? Happy #RedNose Day! pic.twitter.com/y2EWPxocBe

Can't wait to be a part of @RedNoseDayUS! Donate and watch me at 8/7c on NBC. #RedNose #IndieANNAjones pic.twitter.com/P26UocuZQ6

Melissa McCarthy is getting excited for @RedNoseDayUS. May 21 at 8/7c on NBC. Great show for great cause. pic.twitter.com/szaaY0kKBg

The guys can’t wait to be a part of @RedNoseDayUS! Watch and donate May 21 at 8/7c on @NBC. #RedNose pic.twitter.com/4bbeGMOGVj

I’m sporting my #RedNose, let’s see yours! Donate and watch the live special May 21st at 8/7c on @nbc! pic.twitter.com/CSIPn9jqtW

It ain't hard to get me to be a clown... Support kids charities, tune in 5/21 @ 8pm ET #NBC #RedNose @RedNoseDayUS pic.twitter.com/brJhlg2AEs

We’ve partnered with @GamesOfThrones for something BIG (& MUSICAL!) for @RedNoseDayUS! Watch Thur at 8/7c on @NBC. pic.twitter.com/5ZWMzRSUw7

We're adorable. You can be too! Get yours @Walgreens & watch @NBC's @RedNoseDayUS Special THIS Thursday! #WorthyCause pic.twitter.com/kK7wWGxIS1

picked up a few new moves and been training getting ready for the #RedNose challenge! #DancingCannon pic.twitter.com/A9zYqIYYBj 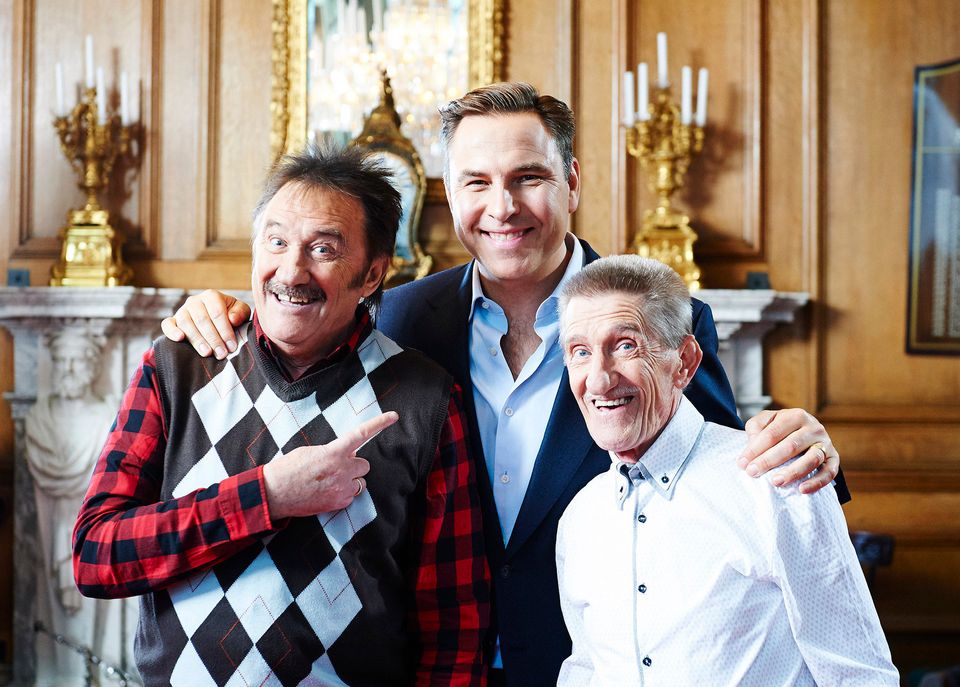