Hundred percent, hand's down agreement. If you're a musician, top of your bucket list is playing at Red Rocks Ampitheatre.

Ever since 1983 when a flag-waving, strikingly mulletted Bono belted out "Sunday Bloody Sunday" against its red-tinged sandstone, it has been the holy grail of performance arenas. In fact, trade magazine Pollstar, after 11 years of crowning this outdoor ampitheater near Morrison, Colorado the best, finally conceded it was only fair to give other contenders a chance so they renamed their annual prize the "Red Rock award."

Last weekend, I got the rare opportunity to not only visit this magical arena that's owned by the city of Denver, but I got to go back stage, visit the 300 million-year-old sandstone cave-like rooms where musicians hang before their sets, sit on the very couch Macklemore had sat on just one month earlier when playing for Icelantic's Winter on the Rocks and linger in the hidden tunnel beneath the stage where hundreds of famous musicians have signed their names. It felt like getting to mecca. 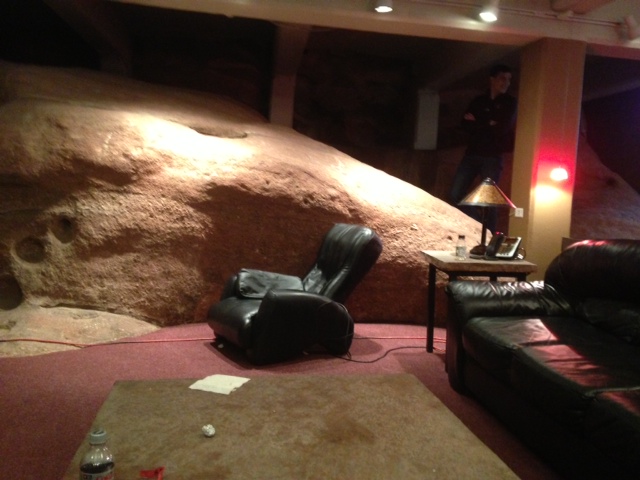 The thing that's so amazing about Red Rocks, besides the scores of well-known names featured in the Performer's Hall of Fame, is the knee-buckling display of natural beauty and the perfect acoustics that makes you sure that God herself left those majestic rocks in that exact position because she loves us and wants us to experience awe. Stories are legend about sitting in one of those 9450 seats and watching a full moon rise over the back of the stage or the clouds parting to reveal a fully-formed rainbow right at the exact moment Widespread Panic, the band that holds the record for most Red Rocks performances, was belting out an acoustic rendition of Pink Floyd's "Wish you Were Here."

While it was U2's 1983 release of "Live at Red Rocks: Under a Blood Red Sky," a performance listed by Rolling Stone as one of 50 Moments that Changed Rock and Roll, that sealed its fame, Red Rocks has served as a natural ampitheater since 1906 when John Brisben Walker, former publisher of Cosmo, produced a summer concert series there on a makeshift stage. The magazine magnate brought in opera singers (Renowned Scottish soprano Mary Garden pronounced it as the finest venue at which she'd ever performed), 25-piece brass bands and a Feast of Lanterns complete with four military bands and fireworks off surrounding peaks before selling it to the city of Denver in 1927 for $54,133.

The Beatles, in their only U.S. performance that wasn't sold out, were the first to take the stage after it was rewired and rebuilt for rock concerts. Since then, everyone from Jimi Hendrix, Steve Martin (his "A Wild and Crazy Guy" was produced there) and Jethro Tull (whose rock-lobbing fans at a June 10, 1971 concert inspired then Denver Mayor William McNichols, Jr. to ban rock concerts completely until a concert promoter sued the city for discrimination) to the Zac Brown Band (who will be playing three already-sold-out concerts this summer) has performed here.

When the buses of music's biggest names aren't precariously winding their way up the steep entry to the 6450-foot stage, people from around the world show up to hike and bike Red Rock's trails, practice yoga in its stands and to run up and down its 69 rows of benches.

Red Rock's 640 acres are one of Denver's 46 Colorado Mountain Parks. The Sunday I was there, the arena resembled a Gold's Gym for the young and beautiful, most of whom were running avidly back and forth along the rows, doing crunches with legs tucked beneath the seats and jumping with feet together from Row F to G and so on all the way to Row TT, without breaking so much as a sweat. 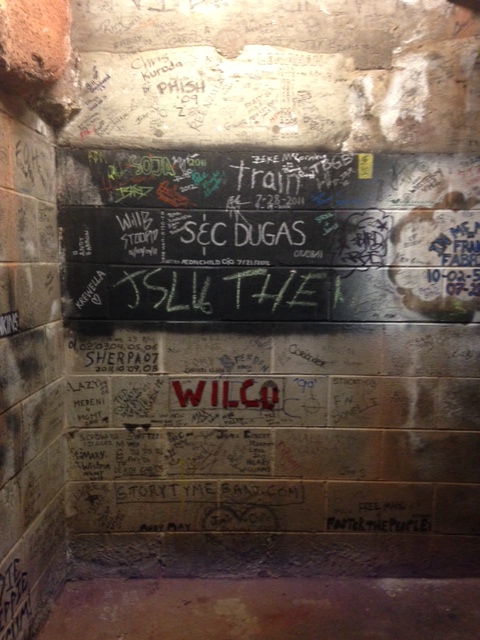 But back to that secret tunnel. Every inch of the walls, steps and electrical wiring leading to the sound engineering room is covered with autographs: everyone from John Mayer, Sting and Santana to perennial favorite The Grateful Dead.

I simply couldn't resist. I took a deep breath, grabbed for my pen and signed my name. 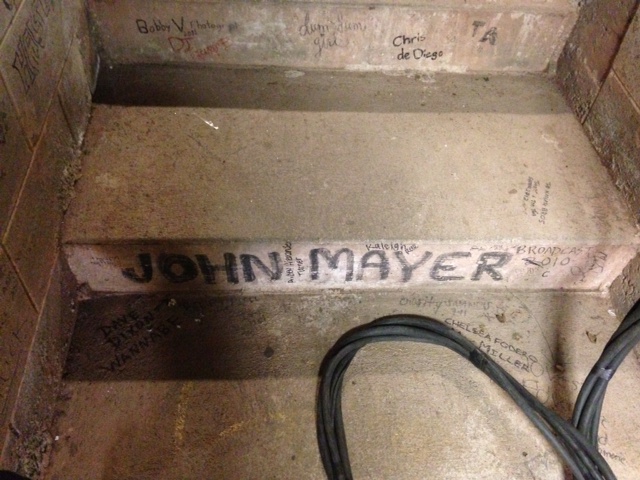 More:
The Grateful DeadJohn Mayer the beatlesSantanaSting
Newsletter Sign Up
An essential daily guide to achieving the good life
Subscribe to our lifestyle email.
Successfully Subscribed!
Realness delivered to your inbox