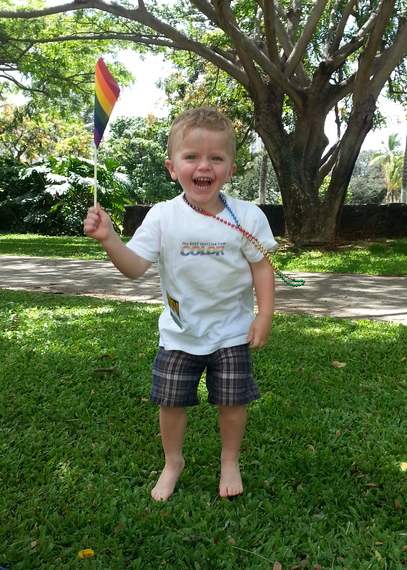 A fabulous sense of joy came out at Pride celebrations across the nation last week, following SCOTUS's ruling in Obergefell v. Hodges that individual states can't legally deny same-sex couples the right to marry. Writing for the majority, Justice Kennedy said the right to marry was a fundamental one, part of the very fabric of individual liberty. "Under the Due Process and Equal Protection Clauses of the 14th Amendment," he reasoned, "couples of the same-sex may not be deprived of that right and that liberty."

It was a shining moment in the ongoing battle for LGBTQ equality.

Yet, I can't help but think how the ruling has everything to do with America's legacy of racism.

After all, the 14th Amendment was hardly the lofty product of a nation seeking to define itself as a shining example to the world. The 14th wasn't around in 1776. It wasn't there in 1789, as part of the original Bill of Rights.

Instead, the 14th Amendment--the notion that the states owe Due Process and Equal Protection to all of their citizens--was the product of the Civil War. It was the product of a nation eating itself alive over questions of race. That's why it comes right after the 13th Amendment's prohibition of slavery. The 14th is a constitutional backstop--an attempt to ensure the Confederate states could not reenact slavery through other means.

Which makes it all the more poignant that the win for LGBTQ activists in Obergefell came the same week that a hate-fueled white gunman killed nine African American worshipers at an AME bible study meeting in Charleston, South Carolina.

The same week that at least three black churches were torched in what appears to be a wave of racist attacks.

The same week that racist groups across the South rallied to the Confederate flag as a symbol of "white pride."

In Columbia, South Carolina, Bree Newsome had enough. She scaled the Statehouse flagpole and removed the Confederate flag, that "symbol of white supremacy that inspired the [Charleston] massacre." State leaders and police responded by arresting Newsome and restoring the flag--just in time for a Statehouse rally by a white supremacist group.

As we saw the circle of protections offered by the 14th Amendment enlarged in a beautiful and meaningful way through Obergefell, we also gained a series of potent reminders that laws are hardly the only thing that count.

What could they mean in a context where white Americans dismiss the slayings of nine black worshipers as the work of an insane man, rather than a racist one?

What could they possibly mean in the context of a nation where courthouses and statehouses and public schools persist in flying the Confederate flag, that oh-so-galvanizing symbol of "white pride" and black death?

Those famous 14th Amendment guarantees mean something...but not enough. Not even nearly. We can do a certain amount through legislation and litigation. In the long term, however, there can be no justice in a nation where divisiveness and hate are allowed to flourish.

Driving toward an historic victory for equality in the courts begins to look like child's play compared to the task of changing cultures of hate.

Particularly when we're not even willing to admit they exist.

That's the maddening part: the incredible mental gyrations that white Americans go through to on a daily basis to disavow the racist implications of...pretty much anything.

An overtly, avowedly racist white man slaughters nine black people in their own house of worship? White Americans talk about how this is the result of mental illness, not racism--and certainly not terrorism.

Police officers gun down yet another, young, unarmed black person, virtually without warning? White Americans latch on to a trumped-up claim of shoplifting to dismiss the racist implications.

The Confederate flag continues to be flown at government buildings across the South as it has since slaveholding times--continues to be flown even as we mourn those slain at Charleston, like a swastika flown at Nuremberg? And still so many white Americans insist they don't see the problem; they insist the Confederate flag is about southern heritage, not racism--even as groups like the Ku Klux Klan plan rallies in its honor.

All this gives new meaning to the term "crazy making." How do black Americans survive it? How they can live among so many white people so resolutely not seeing the forces that push so hard against their communities and their lives?

And given how hard it is for white America even to see racism, how can we begin to repair its divides?

After Nelson Mandela's death in 2013, Peter Beinart asked why "the American media [has] been so obsessed with his capacity for forgiveness?" Instead, Beinart suggested, we would do well to remember Mandela's "insistence on truth first."

Insisting on truth first is important. As Americans we just love stories of quick redemption. We drink in sitcom after sitcom, where a single hug cures decades of family tension. We drink our coffee in mugs with slogans like "Forgiveness isn't something we do for other people; it's something we do for ourselves." Yet in all this rush to the nice and satisfying end, we forget the hard path that leads to true forgiveness, to meaningful reconciliation.

In South Africa, even the saintly Desmond Tutu did not expect black South Africans to forgive without first getting something meaningful from the perpetrators of Apartheid. Instead of blanket forgiveness, on the one hand, or violent retribution on the other, he said, "Our country chose a middle way of individual amnesty for truth."

Truth is the prerequisite to healing.

So here we are, right up against the Fourth of July. I am a lover of the Fourth. I love it all. I love the cookouts and cold slabs of watermelon. I love the sparklers. I love the fireworks. I love those miniature American flags. I always have.

This Independence Day, however, I'm worried for my nation. Mandela and Tutu are right: for there to be reconciliation--for us to move forward as a nation, given our deep history of racial injustice--there has to be some actual truth-telling first. It means letting go of some cherished self-concepts and beginning to admit that maybe, just maybe, there are cracks and fissures in our perfect sense of the world.

So this Fourth, I will celebrate the wonderful things this nation represents. And I'll be praying that instead of reasserting myths and delusions, we might begin the hard process of facing our national truths. 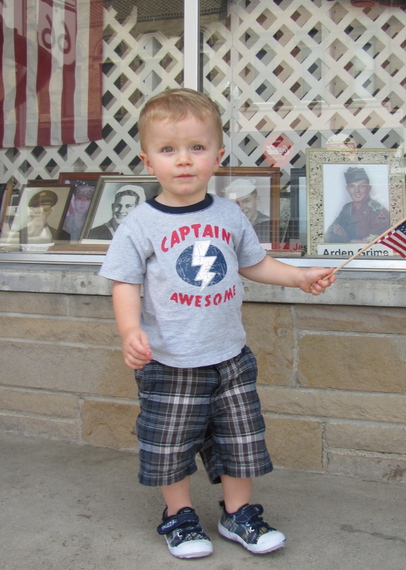