Valentine's Day is upon us, and while many still struggle with the perfect way to celebrate the day, most will follow some sort of tradition -- roses, chocolates, a fancy dinner out, jewelry, lingerie (and perhaps some handcuffs, given this weekend's opening of the much-awaited film Fifty Shades of Grey). 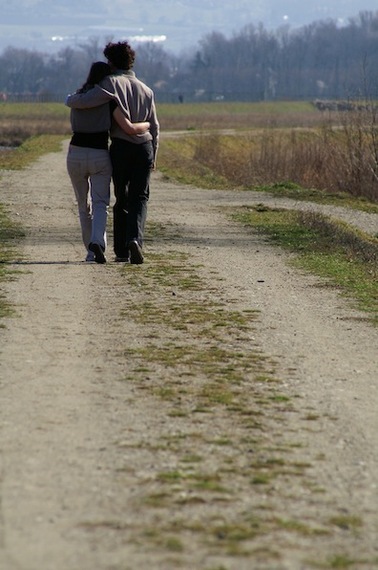 Despite that, there are some major shifts afoot in the way we love, partner, become parents and indulge our sexual passions. Given that, here's what I predict, based on current trends and research, love and marriage will look like in the years ahead.

Monogamy has long been assumed to be the default if you're in a romantic relationship. Unfortunately, few have questioned that -- until recently. More Millennials are exploring, or at least interested in exploring, the idea of ethical non-monogamy.

Take Chris Messina, the 30-something entrepreneur who brought the concept of hashtags to Twitter. He declared that he is in a monogamish relationship, a term coined by sex columnist and author Dan Savage to define romantic partnerships that are mostly monogamous, but that can openly accommodate sexual relationships outside the partnership. He certainly isn't the only one who is questioning monogamy's stronghold, but he identifies the reality for young people navigating today's technology-driven world:

We're now living in a period of great (though unequally distributed) abundance where our basic needs are sufficiently met, and reproduction is a choice. As a result, the reasons to be with a single mate for life are less urgent. And with the advent of connected mobile devices and the internet, we've entered into the era I've dubbed Big Dating. Big Dating unbundles monogamy and sex. ... But fear not: just because a viable alternative to "happily ever after" is in ascendancy doesn't mean monogamy is irrelevant. To the contrary, it just means that there's now more than one option for building meaningful and satisfying relationships.

Millennials are also taking a new look at infidelity. While in days past many of us might assume infidelity is a ticket straight to divorce court, soon-to-be-wed couples Susan Pease Gadoua and I spoke with said they wouldn't necessarily jump ship. In fact, one study found that half of the newlywed women surveyed said they expected infidelity would be part of their marriage while other studies found that a good percentage of newlyweds under the age of 35 have already had affairs.

All of which means sexual fidelity may not be as essential to a successful marriage as it was in the past.

First comes love, then come marriage, then comes baby in the baby carriage, the old song went. But not for Millennials; 52 percent say being a good parent is "one of the most important things" in life while a mere 30 percent say the same about having a successful marriage, according to a recent Pew study.

Fertility clinics are full of 30- and 40-something professional single women who are freezing their eggs as an insurance policy while they weigh the possibilities of becoming choice mothers if a marriageable partner doesn't come along, as Jillian Dunham detailed recently. Younger women may find that an attractive option as more companies are joining Google and Facebook in helping to pay for the costs of egg freezing for their female employees, many of whom are in their 20s.

While the conversation lately has been about how many socioeconomically disadvantaged women are having children outside of marriage as well as the rise in choice motherhood, don't be surprised if we start talking instead about how more young college-educated people are finding that it's a much better deal -- and a heck of a lot easier -- to find someone who'll be a good person to co-parent with than it is finding a soul mate.

Websites like Modamily.com and Coparents.com, which help match men who are interested in being dads with women who are interested in being moms, are making it easier to enable couples, romantic or not, to come together for one purpose -- have kids and co-parent. It's a model that's worked well for many years for same-sex couples, but is now also becoming attractive to heteros. As one child psychologist noted, "Compared with conventional parenting where the mother and father have to constantly be 'in love' in front of their child, co-parenting doesn't include the 'strain' of marriage. Also, a child conceived in a co-parenting scenario has access to two loving parents, who have made a conscious effort to conceive this child and may be more financially ready."

For a generation that values good parenting, non-romantic co-parenting may offer their kids the stability they need to thrive.

Forget marriage where "until death do us part" is the marker of its success. Many of us aren't marrying that way, according to a recent Pew study that found that 40 percent of newlyweds in 2013 had already tied the knot before. It's clear we aren't living up to that ideal, if forever actually was an ideal.

Millennials are open to short-term marriages, or "beta marriages," after which their union could be formalized or dissolved without a lot of drama or expense. It's a step above living together because, let's face it, the government gives married couples about 1,000 perks; why lose out? Beyond that, society doesn't quite know what to make of people who cohabit but we all understand what it means to be a wife and a husband. Cohabiting couples just don't get treated the same, nor do they see themselves as the same as married couples.

As Helen Fisher notes, that's how we used to do it: in hunting-gathering societies, men and women paired two or three times in their short lives. "Across prehistory, serial pairing was probably the norm -- as it is becoming once again," she says. Given that we are living longer than ever before, with some predicting that we may live to 150 years or more, multiple partnerships are almost a given, especially since more than half of Millennial men and women believe a marriage can be successful even if it doesn't last forever.

But don't worry -- despite all these changes, you can still celebrate Valentine's Day the traditional way.