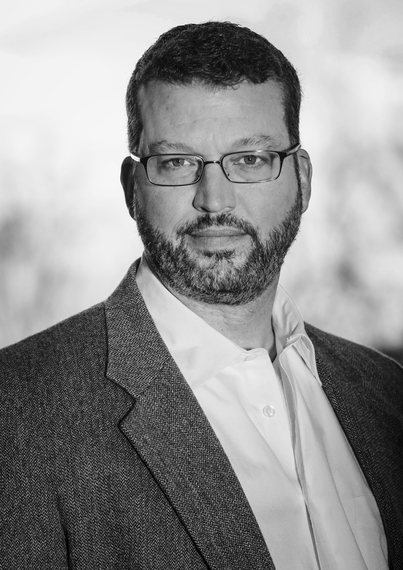 John Hart, a bestselling author, is the only writer ever to win the Edgar Award for consecutive novels. He's also won the Barry Award, the Ian Fleming Steel Dagger Award, and the North Carolina Award for Literature, among others.

The novel also focuses on Adrian Wall, a former police officer who was convicted of murder and imprisoned for 13 years, during which time he was tortured relentlessly.

The reason for the torture is one of the backbones of this dual narrative novel.

In the past, Elizabeth's and Adrian's paths had crossed, and they meet once again to deal with a web of corruption, abuse and evil conspiring against their coming to terms with their own demons.

Your last novel, Iron House, was published five years ago. What caused so long an interval between that novel and Redemption Road?
Having written four novels, with each one having done better than the preceding ones, I came to believe I knew what I was doing. That turned out to be a rookie's mistake. As soon as I started taking the writing process for granted, or putting faith in some kind of 'divine inspiration,' I was in trouble. Of course, now I'm speaking with the clear view of hindsight.

With the first four books, I knew exactly who my main characters were. I knew their weaknesses and their strengths. And those books worked because in addition to the plot, I had created real, fully-fleshed-out characters. When I began writing book five, I lacked that awareness.

So, when I started to write my fifth book, I just had the idea for a story...I envisioned it to be a modern retelling of The Count of Monte Cristo. There would be a good man wrongfully imprisoned, and an exploration of what he does after his release.

Three hundred pages later, I had the meat of a novel, but the protagonist was like those of a hundred thrillers I'd read before. He was predictable and the story didn't resonate.

My publisher was very patient and decided to wait for me to produce the right book. It turned out Liz, who had been a bit player in the first attempt, now became a main player in Redemption Road. Once I had her character, it took another two years to complete the novel.

I've read all your novels. Redemption Road is the first written largely from the perspective of a woman. Was it a difficult challenge for you to write from this point of view?
I was worried when writing from a woman's perspective that the character would ring false. I don't think that happened with Liz. The reason seems clear to me: what makes us human is universal--the core emotions of fear, love, hate, and rage; the need for security and understanding. They're the same whether one is a man or a woman. I focused on those elements, not on personal things like fashion or makeup. I kept it to the core of meaningful things.

Redemption Road describes police corruption and prison abuse. Does your earlier work as a criminal defense attorney inform your writing about these issues?
I can't say I've seen a lot of corruption and abuse, but I have seen the jaded callousness that comes from institutional indifference. In a real sense, the people who cycle through the justice system become something less that human in the eyes of the people running the system--including administrative people, as well as guards. Even as a visitor to a prison, you feel yourself being dehumanized and turned into part of an indifferent machine. Once you go to prison, everything is beyond your control.

My background gave me that baseline of understanding from which to extrapolate some of Adrian's experiences as a prisoner.

Your writing is very lyrical. Is it accurate to characterize your prose as Southern literary?
Actually, I'm woefully under-read. I'm always flattered to be called into the canon of Southern writers, and anything I could say about that would probably be grounded on air. I do think Southern literature is about love of place, a sense of history, and embracing the difficult parts of the human experience.

For a long time, the South was a vanquished nation. We have darkness and pride in our history. The South's history is largely agrarian and there's a strong tie to the land. Many people have had family farms for generations. As for the language itself, I love the late Pat Conroy's writing. I don't pretend to rise to his level, but I think language matters very much to storytelling. If in a reader I can create an emotional response that goes beyond enjoying pure story, then I've accomplished adding richness to the reading experience.

What do you love about the writing life?
I believe being a novelist is the ultimate expression of personal freedom. I have no boss; no calendar; I can live wherever I want; write what I want; and with sufficient readership, the relationship with the publisher becomes a partnership. I love living a writer's life--being able to make a living through pure imagination and not have someone telling me what to do.

I spend my time in virtual isolation. I no longer have colleagues or people with whom I talk at the water cooler. It's just me and silence. For a writer, it's very important to hold onto friendships and activities, to stay grounded in the real world.

As for the most important lesson I've learned about writing, it's this: you must be brutally hard on yourself. You have to keep at the writing until it's right. It's very seductive to say to one's self, 'This is good enough.' But, you can almost always make a manuscript better. There's a balance between wanting a novel to be completed and a willingness to go back again and again. As Dennis Lehane said, 'The first draft is spaghetti on the wall.' The real work is in the rewriting.

You're hosting a dinner party and can invite any five people, living or dead, real or fictional, from any walk of life. Who would they be?
I'd invite Leonardo DaVinci, arguably the most amazing man who ever lived. I'd also invite Admiral Horatio Nelson because I love that period in naval history. I'd ask Hans Solo to join us along with J.R.R. Tolkien, the writer I admire for his gift of pure storytelling; and I'd invite my wife, because if I didn't, she'd never forgive me [Laughter].

Congratulations on writing Redemption Road, an explosive and riveting novel written so lyrically, it must be described as literature.