Great advancements have been made in the realm of emojis. In April, iPhone users gained access to a diverse range of emoji characters with many skin tone options. And on Wednesday, the organization that codes emojis announced that, at long last, the taco, burrito and unicorn, among a host of other goodies, may eventually come to smart phone keyboards.

All of this, yet there is still great progress to be made. The redhead community is underrepresented in emojis, and gingers are demanding a revolution. A change.org petition with more than 14,000 signatures is campaigning for a "ginger boy" and "ginger girl" emoji from Apple. 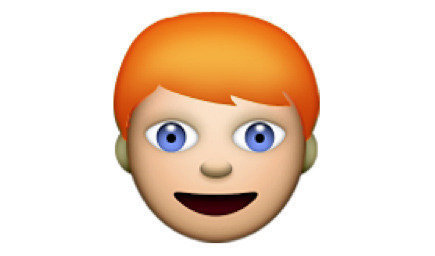 Petition creator "Ginger Parrot" points out that while redheads make up only two percent of the popular, they add up to a large number of smart phone users:

Redheads. In all their glorious gingerness, they've been missed out. Again. If you say you're going to diversify, why not add a few red-haired emoji in the mix? Natural redheads may be rare at less than 2 percent of the world's population, but that is 138,000,000 iPhones waiting to happen.

Red-haired "Modern Family" star Jesse Tyler Ferguson took to Twitter in May to share his grief over the emoji omission:

All this work for ethnically diverse emojis and none with red hair? ￰ﾟﾒﾂ￰ﾟﾏﾻ￰ﾟﾑﾦ￰ﾟﾏﾼ￰ﾟﾑﾳ￰ﾟﾏ﾿￰ﾟﾑﾴ￰ﾟﾏﾾ￰ﾟﾑﾵ￰ﾟﾏﾻ￰ﾟﾑﾸ￰ﾟﾏ﾿￰ﾟﾑﾸ￰ﾟﾏﾼ￰ﾟﾑﾼ￰ﾟﾏﾽ￰ﾟﾎﾅ￰ﾟﾏﾽ￰ﾟﾑﾮ￰ﾟﾏﾻ￰ﾟﾎﾅ￰ﾟﾏ﾿￰ﾟﾑﾩ￰ﾟﾏﾻ￰ﾟﾑﾩ￰ﾟﾏ﾿From here on out, this one represent me: ￰ﾟﾑﾑ

The lack of representation "really hurts," Comedian Carrot Top declared in an op-ed in Time in May, adding, "The closest thing we have is a Jack O’Lantern or a red-faced devil -- which only enables the stereotypes that we’re either pumpkins or Satan."

There is hope. On Sunday Swyft Media released a new Ginger Emoji Keyboard to rectify the oversight. The keyboard is available for free in the Google Play Store for Andriod and the iTunes store for iPhone. Once downloaded, it can be added to the keyboard in the phone's settings, and functions across all of the phone's apps. 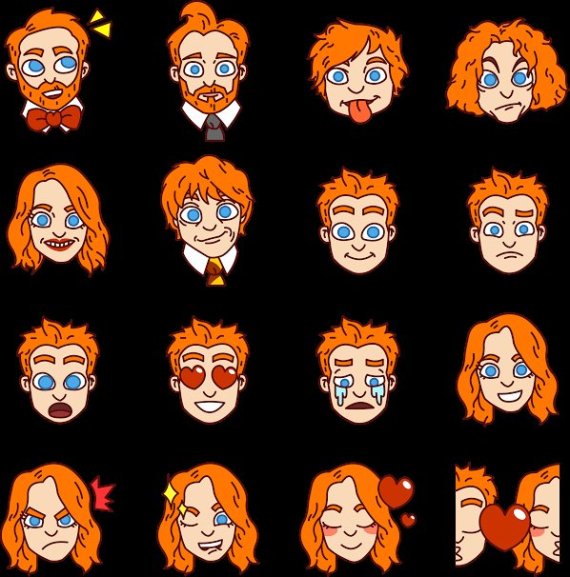 Evan Wray, Swyft Media co-founder -- and, notably, a person with brown hair -- told The Huffington Post that the keyboard was created to give redheads representation. "Basically everyone else is represented from the hair color spectrum, but gingers were inexplicably left out," he said. He explained that it is important for every type of person to be characterized in emoji because "[emoji is] the evolution of current language."

The Ginger Emoji Keyboard may not be a timeless solution, but it is a step in the right direction for the redheaded community.