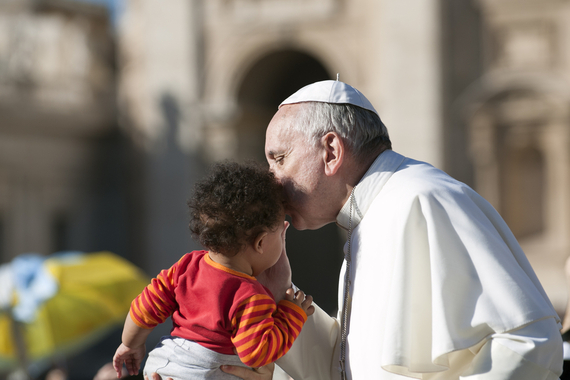 In his encyclical, Laudato Si, Pope Francis describes the immorality of a society based on over-consumption, which takes from the earth more than can be sustained, and chokes our land and our oceans and our atmosphere with waste. The Pope describes the injustice of the "economy of exclusion," where the poor are increasingly isolated on the margins of society, and urges us to "integrate questions of justice in debates on the environment, so as to hear both the cry of the earth and the cry of the poor." But the biggest injustice and loudest cry of the poor will come from the failure to reduce climate impacts immediately, when we have the means to do so at our disposal.

The Pope receives advice on environmental science through the Pontifical Academy of Science, where a third of its eighty members are Nobel Laureates. He also receives advice on economics and environmental justice from the Pontifical Academy of Social Sciences consisting of world-renowned scholars. The two academies met in 2014 and one of us (VR) presented our findings in person to Pope Francis. We informed him that about 60 percent of the warming pollutants are due to the top consuming one billion people, while the poorest three billion people contribute only about 5 percent, yet they will suffer the worst consequences of climate disruption.

Most of the poorest three billion are subsistent farmers depending on crops from small plots and cannot survive the mega-droughts and fires ravaging California now. Many will be forced to migrate to already crowded slums and suffer the consequences of modern forms of slavery. We can already see the injustice of more frequent and extreme heat waves, droughts, record storms, and rising sea levels. We can also see warming that is triggering feedback mechanisms, where today's warming causes still more warming. The loss of the reflective sea-ice in the Arctic is one such feedback--where incoming heat that was once reflected back into space is now absorbed in the darker ice-free ocean. Drought fueled forest fires are another. The most insidious is the warming leading to an increase in humidity since water vapor is the most potent greenhouse gas. The increased humidity recorded all over the planet is already adding fuel to the deadly storms and floods. 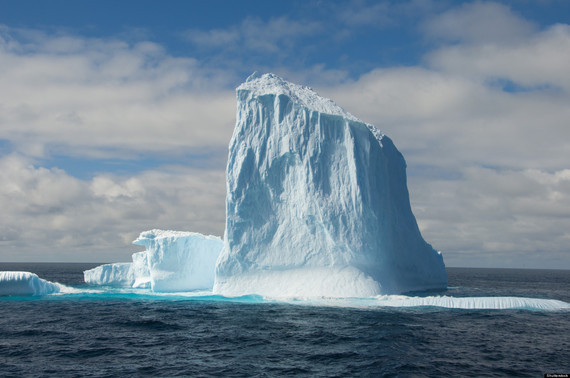 Re-orienting society towards a sustainable path is a long-term quest. In the meantime, we need fast-action strategies to reduce the risk of passing tipping points that will set off potentially irreversible planetary scale changes. Our immediate goal must be to take fast action today to reduce near-term climate impacts, as we reform our energy system as fast as we can to reduce carbon dioxide, the potent greenhouse gas emitted by fossil fuel combustion.

Fortunately, there are fast climate mitigation options. These start with strategies to reduce the short-lived climate pollutants, which may be the only way to reduce impacts within the next several decades. The short-lived climate pollutants, which are contributing as much as 40 percent to the current warming rate, include methane gas from the organic waste we put into our landfills along with other waste from our consumer society, black carbon particles from dirty diesels, open burning of crop residues and primitive cooking, tropospheric ozone (the main component of urban smog), and hydrofluorocarbons (HFCs) coolants found in refrigerators and air conditioners. The science of these non-carbon dioxide warming pollutants has been known since 1975.

Since methane, black carbon, and ozone are not necessary by-products of fossil fuel combustion, they can be eliminated without any negative impact on development of the poor or the rich. Cutting these pollutants will disproportionately benefit the poor, since it will save millions of lives lost to indoor and outdoor air pollution every year. It will also avoid the loss of tens of million tons of crops grown by the poorest three billion, which are destroyed by ozone pollution. We also need to cut HFCs, the fastest growing greenhouse gas in much of the world. This can avoid the equivalent of 100 billion tons of carbon dioxide by 2050. While these actions will promote intra-generational equity towards today's generations, we must reduce fossil fuel carbon dioxide emissions drastically to fulfill our obligations towards generations unborn, since the climate effects of carbon dioxide linger for millennia.

Justice delayed is too often justice denied, and this will be the case for the poor, who need fast mitigation to avoid the sort of catastrophic climate injustices they will soon suffer. The moral case for fast action is all the more compelling when one realizes that we have the means at hand to drastically bend the temperature curve back to a safe level. The health benefits alone will more than offset the cost of mitigation. Whether compelled by the Vatican's call to help those suffering the impact of climate change now, or worried whether our "common home" will still be around for our grandchildren and generations unborn to enjoy, it's not too late for all of us to start promoting climate justice today. We have the choice and the resources to act now.

V. Ramanathan of University of California at San Diego discovered the greenhouse effect of halocarbons in 1975 and is a Council member of the Pontifical Academy of Sciences.

Durwood J. Zaelke is president of the Institute for Governance & Sustainable Development, and co-director of a related program at UC Santa Barbara.