One of my New Year's Resolutions this year is to waste less. As an American, I know that it's too easy to be wasteful in my daily life, which seems structured to waste as much as possible. But I also know there are a ton of easy, simple changes I can make to improve my habits and waste less. So it is my goal this year to build these habits into my daily life and make them routine.

My goal is to cut down the waste I produce from food and food packaging -- the two items that make up the bulk of what I throw into my trash can. For this post, I'll focus on food waste. 2013 has already seen a flurry of media attention on food waste, following a new study published a few weeks ago by the Institution of Mechanical Engineers, which estimates that as much as half of the food we produce gets thrown away. The report, "Global Food: Waste Not Want Not," reports that "30 to 50 percent (or 1.2 to two billion tonnes) of all food produced never reaches a human stomach." That's 2.6 to 4.4 trillion pounds -- an incredible amount of food, and a global calamity. 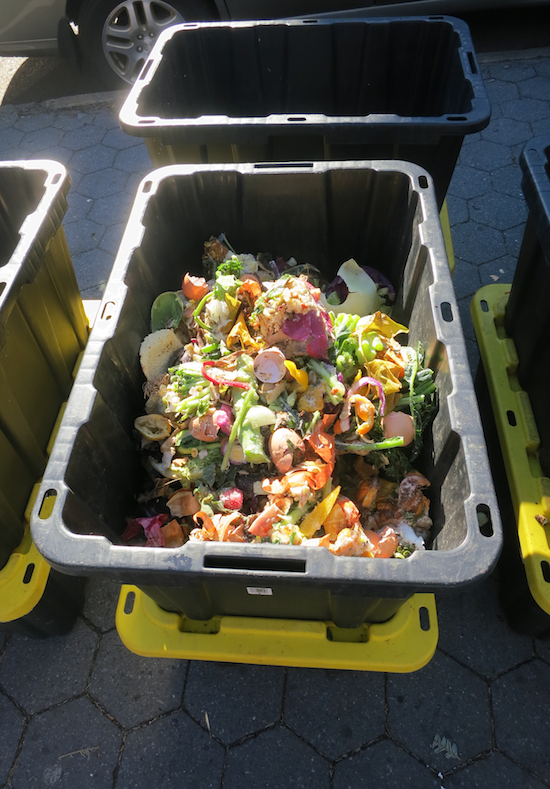 As Americans, we throw away up to 40 percent of the food we produce, or the equivalent of $165 billion a year. Food waste represents the largest category of waste in landfills in the United States. And of course we're not only wasting food; we're also losing all of the precious resources used to produce food, from petroleum to water to land. Over half of the land in the United States and roughly 80 percent of the water we use is dedicated to food production.

Almost as staggering as the amount of food and resources in the process that we waste is how quickly our systemic excess has escalated. Dana Gunders, a scientist at the Natural Resources Defense Council, estimates that we're throwing away approximately 50 percent more food per person today than we did in the mid '70s. It's time to turn this behavior around.

We can approach the problem from two angles: We can produce less food waste to begin with and then we can compost the waste we will inevitably end up with. We can take this two-pronged approach on an individual level, and also by demanding change on an institutional level.

To produce less food waste this year, I'm going to be more diligent about menu planning when I go food shopping, so that I buy a set of ingredients that will go toward multiple dishes instead of isolated ingredients that will rot in the fridge if I don't use them up. If Monday night's dinner calls for asparagus, I'll make sure I'm cooking a dish that can use the excess asparagus later in the week. I also plan to heed the good advice that almost anything can be frozen and saved for later. 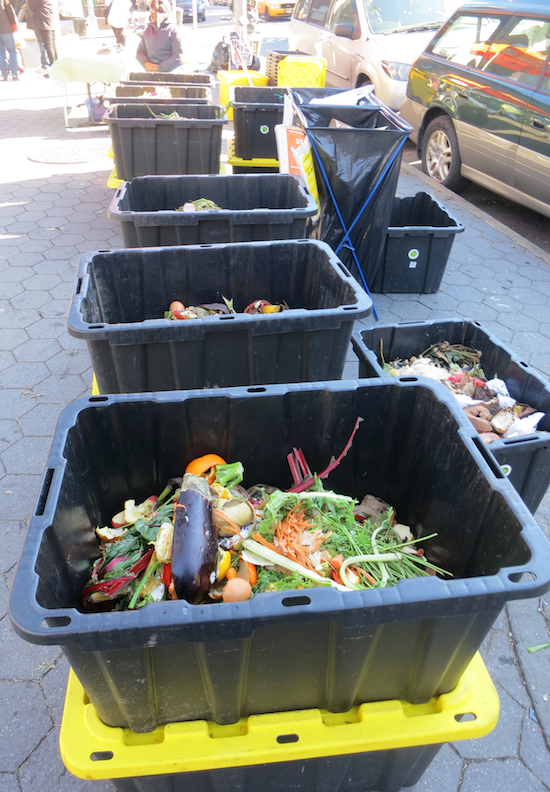 When I'm out at a restaurant, I'm going to order more carefully and take more home. With ever-increasing portion sizes, we're pretty much guaranteed to be getting more than we need when eating out. I'm going to share more dishes, ask restaurants to consider half-orders, and order in stages whenever possible to avoid ordering too much. I'm also going to make a greater effort to bring unfinished food home with me. While doggie bags may still be taboo in some countries, other countries -- like Britain, which recently started an initiative to encourage bringing food home from restaurants -- are challenging this stigma and exemplifying the kinds of changes in perception that can make a big difference in the long run.

Another goal of mine is to start composting. With the amount that I cook, I'm horrified at myself that I don't compost already. Like so many New Yorkers, I don't have a garbage disposal in my kitchen sink, which means I throw all of my food scraps into my trash. So I'm resolving to incorporate composting into my daily life this year. While New York may not have a mandatory composting ordinance like San Francisco does, the city makes composting easy and accessible at various green markets all year round. GrowNYC.org lists what exactly can be composted, and explains that food scraps will be turned into fertilizer for local urban farming and gardening. Since the Department of Sanitation and the City of New York partnered with GrowNYC to start drop-offs at greenmarkets in 2011, they have collected one million pounds of food.

I'm planning to go to the Saturday farmer's market in my neighborhood, but if a drop-off isn't accessible to you, the NYC Compost Project site lists instructions on home composting as well as compost workshops and classes. For a dose of inspiration, Charlotte Douglass International Airport in North Carolina -- one of the country's busiest airports -- reduced the trash they send to landfills by 70 percent in just four months, after starting a composting program. For a facility that produces 25 tons of trash a day -- or, on average, half a pound of garbage per passenger each visit -- that's a monumental achievement. If an airport that size can compost food scraps, I know I can.

Jonathan Bloom, author of American Wasteland: How American Throws Away Nearly Half of Its Food (and What We Can Do About It) says we only recycle three percent of the food we produce. We can and must do better. We need a shift in attitudes, from increased personal responsibility to better practices on our farms, in our restaurants, and in food distribution. We take so much for granted, and we need to be more mindful and appreciative of the food we have, as well as the resources that went into producing it. 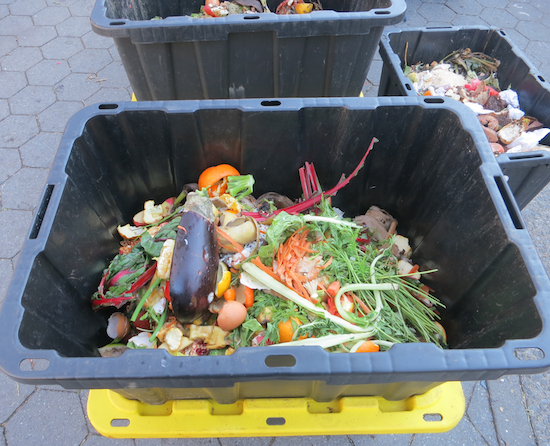 Fortunately, positive innovators and movements are springing up across the country and the globe, which will hopefully catch on and steer the needed shift in attitude. FlashFood, a mobile app started by students at Arizona State University, coordinates food scraps pick-ups from restaurants, caterers and conventions and delivers them to community centers feeding people in need. Starbucks is teaming up with biorefinary scientists at the City University of Hong Hong through a nonprofit called The Climate Group to try to turn coffee grounds and stale baked goods into plastics for useful products. I'm encouraged and inspired by innovators like these, and this year I want to do my part, as an individual.

My grandfather, who was a young man during the Great Depression and always touted the Clean Plate Club, taught me from an early age not to waste the food on my plate. His real message was not to take anything for granted. With one in six Americans hungry, and one in eight worldwide, we have no excuse for taking the food we have for granted by throwing it away before it reaches our plates and then not recycling food scraps. Simple, easy adjustments in our daily lives can make a big difference.

Download
Calling all HuffPost superfans!
Sign up for membership to become a founding member and help shape HuffPost's next chapter
Join HuffPost
Follow Alison Spiegel on Twitter: www.twitter.com/alisonspiegel
Voting Made Easy
Register to vote and apply for an absentee ballot today
Register now