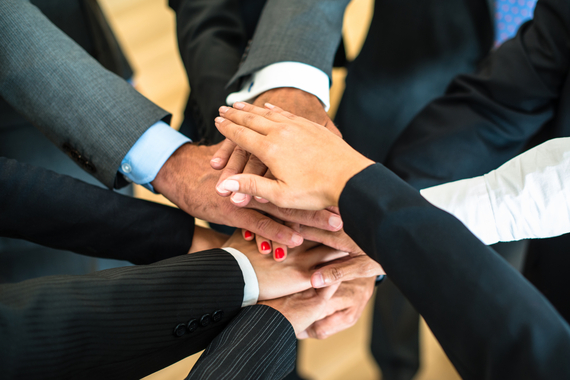 A college student whose hijab was so forcibly pulled from her head by a stranger that she almost choked.

A gay man being told, "We got a new President you f***ing f****ts!" before being brutally assaulted.

These are just three incidents of hate speech and hate crime that were reported in the wake of the recent election. Within 48 hours of Trump being declared President Elect, the Southern Poverty Law Center recorded more than 200 incidents of harassment and intimidation against ethnic minorities, immigrants, people with disabilities, and members of the LGBT community, amongst others.

Understandably, countless Americans now fear for their safety and that of their loved ones in a society where acts of hatred and violence spiked overnight. Unfortunately, with it becoming increasingly clear just how divided our country is, there's no indication this horrifying trend will stop on its own any time soon.

Stigma Can Lead to Hate Crimes

While stigma doesn't always lead to hate crimes, when a hate crime occurs, it's almost always preceded by stigmatization. The Matthew Shepard and James Byrd, Jr., Hate Crimes Prevention Act states that hate crimes are motivated by "the actual or perceived religion, national origin, gender, sexual orientation, gender identity, or disability of any person." The simple act of labeling an individual or community as "different" and therefore "a threat" can trigger fear, hatred, and ultimately, violence.

Just think about it: victims of hate crimes often report having slurs hurled at them--slurs that are expressions of the stigma the aggressor associates with the victim. In the eyes of the aggressor, the victim isn't a person, but the embodiment of a label.

Now consider this: the same laws that protect a young woman from having her hijab ripped from her head because she's Muslim also protect a bisexual elder from being violently attacked due to sexual orientation. Though these two crimes may seem like worlds apart, they're both motivated by hatred of characteristics the aggressors don't share with the victims--and most importantly, perceive as a threat that must be eliminated.

According to the Bureau of Justice Statistics, in 2012, an astounding 60 percent of hate crimes weren't reported to police. One of the main reasons for not reporting a hate crime is the belief that law enforcement can't or won't help the victim.

Sometimes, local law enforcement agencies fail to submit hate crime reports. And since many victims don't know they can report hate crimes directly to their local FBI office, these incidents all too often fall through the cracks.

In addition, there are instances where specific minorities are lumped in with larger groups. For example, many jurisdictions don't classify bisexuals as a separate community, but instead group them in with gays, lesbians, or a "general LGBT" category.

Both underreporting and misclassification contribute significantly to the lack of visibility regarding the actual scope of hate crime against specific communities--and this in turn forms a formidable obstacle to developing effective policies to prevent hate crimes and help victims.

Because of my work as an LGBTQ advocate and stigma expert, I'm invited into situations where individuals and communities are trying to cope with the devastating consequences of stigma and trauma--including hate crimes. At a recent multi-faith roundtable I attended, the question was posed, "How did the city of Boston manage to make it through the Marathon Bombing trial without so much as one vandalism attack on a single mosque?"

The answer came back with ringing clarity: faith leaders in the Muslim community had already established strong relationships with the key law enforcement officials charged with investigating hate crimes in the Greater Boston Area. Those relationships facilitated the development of strategies to provide protection for all inhabitants of the grieving city. "Boston Strong" was an apt characterization of the ties between the city's various communities and law enforcement during that challenging time.

The Challenge for Protected Groups

It's clear that ethnic, racial, and religious minorities, as well as LGBTQ individuals and other protected groups currently face a historic challenge. The post-election rise in hate crime means there's a heightened need for protection of vulnerable communities. And in this endeavor, reducing stigma while simultaneously increasing visibility of hatred-motivated violence is key.

That's why all protected groups need to step up outreach efforts to provide education to the greater community in order to heal and prevent stigma. We need to play a proactive role in our safety and report each and every incident of hate crime against one of our own--no matter how painful or difficult it is to do so. We need to establish strong, productive relationships with local and federal law enforcement to facilitate reporting procedures that accurately record the number and type of hate crimes being committed. And we need to work with the Department of Justice to design policies that ultimately provide better protection for our respective communities.

Whenever hate crimes occur, they're one of the saddest testaments to where the fabric of our great nation is wearing thin. That's why from now on, we should all think about what happens if even one hate crime goes unreported--and how we can work together to form the bonds in our greater communities that will ultimately create a safer, more tolerant society--regardless of who is in the White House.

Note: Since this article was written, the states of Massachusetts and New York have set up hotlines to report incidents of bias-motivated threats, harassment, and violence. Check to see if there's one in your state!