Some say failure is the mother of success, and we are all familiar with the stories of entrepreneurs who achieved great success after multiple failures. But nobody launches a new business or product with the goal of failing; yet the vast majority of them do. In fact, the widely accepted notion today is that startups should aim to "fail fast" thus allowing themselves an opportunity to pivot in a new direction.

Having operated in the startup environment for the past six years, I have seen the rise of the "lean startup" model. The term was first coined by Eric Ries in a 2008 blog post. Since then the lean movement has grown significantly and expanded beyond its roots in Silicon Valley to infiltrate organizations of all shapes and sizes.

Historically (i.e. before "lean") startups and new products had a failure rate greater than 80%, according to a number of oft-cited research studies looking at industries from technology to consumer packaged goods. With the lean methodology, the idea is that companies can iterate more quickly towards market success. Yet failure rates are stubbornly stuck above 80%. So if the lean model is working, why do most new companies and products still fail?

There are many aspects of the lean methodology (many of which are quite useful), but I am going to critique one of its key tenets: the emphasis on building a minimum viable product or MVP. Like many people, I bought in to the idea of MVP as a more efficient way to develop, test, and learn whether there is market demand for a product or service. However, I have recently been convinced that the idea of minimum viable product may not be the leanest nor the best way to arrive at product-market fit.

For those unfamiliar, the idea of minimum viable product is simply that you start by building a version of your product with the minimum feature set needed to test (i.e. a prototype). In this model you release the MVP, gather data, learn, and modify in an iterative process. The diagram below reflects the process starting with an idea. 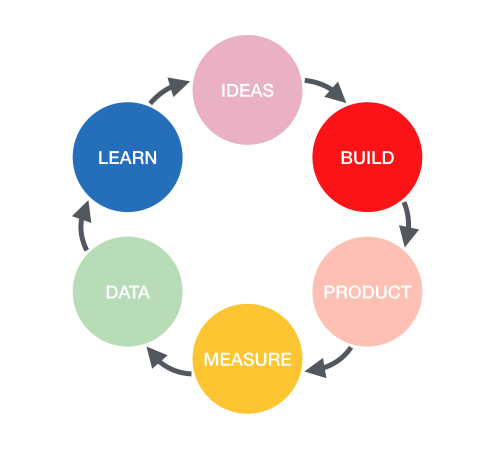 I was recently introduced to a new way of thinking by Alan Albert. Albert was co-creator of the hugely successful FileMaker database software acquired by Apple Computer and he has subsequently launched successful products for both startups and Fortune 500 companies. What he proposes as the "new MVP" is the idea of Maximum Value Proposition. According to Albert, minimum should not be the objective. With the minimum viable product approach you run the risk of ending up at a local maximum rather than a global maximum because you are likely to stop iterating once you find something that "works." Or you may iterate in the wrong direction with the sole aim of making your original idea as good as it can be, but ultimately failing to deliver what the market really values.

The idea of Maximum Value Proposition is rooted in understanding what your customers value most. Instead of focusing on product and features and trying to map those to customer needs, the emphasis is on your customers' goals, concerns and emotions as they relate to your product or service. Basically, the goal is first understanding why people buy rather than starting with building what you think they will buy.

From personal experience I know that often entrepreneurs and marketers conduct research to try and identify what customers want, but this is almost always focused on product features and rarely on identifying the underlying motivations that drive a purchase decision. In addition, even those who understand how to perform market research are subject to confirmation bias, focusing on the data that supports their original idea and ignoring data that may contradict their assumptions. This confirmatory effect, along with other cognitive biases, can dramatically reduce the likelihood of achieving product-market fit.

Albert advocates a "value discovery" process that is designed to avoid these cognitive biases. Value Discovery is intended to serve as the critical first step when it comes to developing a product, pricing it, and positioning it in the market. As shown in the illustration above, the lean framework relies on building and then measuring. In contrast to the lean model, one of the advantages of value discovery is that you measure and learn a lot before building anything. When you start by building and then measuring, your customer research is inevitably influenced by your customers' reactions to your initial product. They tend to give feedback about how to improve your idea and you're likely to miss hearing their thoughts about what's truly most important to them.

Even with a minimal prototype, building the product is the most expensive and time consuming part of the process so it only makes sense to circumvent this if possible. After all, in what areas does it make sense to build before you measure? Would you attempt to build a house without determining the dimensions of the lot or bake a cake without first measuring the ingredients? Yet many entrepreneurs, as well as traditional marketers, have no qualms with launching a new business or product prior to formally assessing whether their idea will connect with the values of their target market.

Understanding customer values is foundational to your company's success because values can be mapped to benefits, which in turn can be translated into products and features. And the beauty of starting with values is that people's values tend not to change dramatically over time. Once you've gained a deep understanding of your target market you can more easily determine which products, features and services are most valuable and which aren't worth building. While this may seem obvious it is not the approach that many are taking and may be leading to an unnecessarily high failure rate.