Jennifer Aniston may have been passed over for an Oscar nomination this year, but she still managed to look like she was having a good time on the red carpet Sunday night.

Part of the spring in her step could have been due to the fact that she was surrounded by pals like Emma Stone and Reese Witherspoon, who was feeling a little frisky that evening. Aniston was in the middle of chatting with E! News' Ryan Seacreast when the "Wild" star surprised her by playfully grabbing her butt as she walked by.

"Oh, hi, honey," Aniston said to Witherspoon as she turned to see who touched her behind. 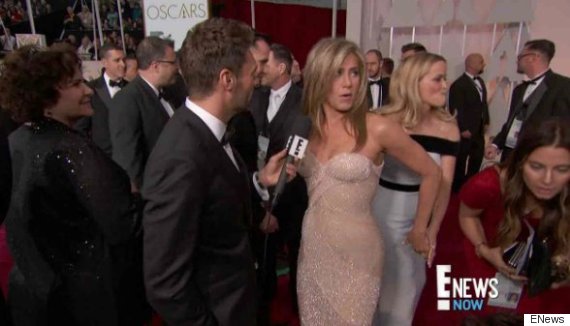 The two actresses have been friends for years, dating back to when Witherspoon guest-starred as Aniston's younger sister on an episode of "Friends" in 2000.

"Look at [Reese], she's so cute. So pretty, she's my little sister, even if she's [just] my TV sister," Aniston told "Entertainment Tonight" host Nancy O'Dell in her next red carpet interview, after joking about their friendly butt-grab a moment earlier. 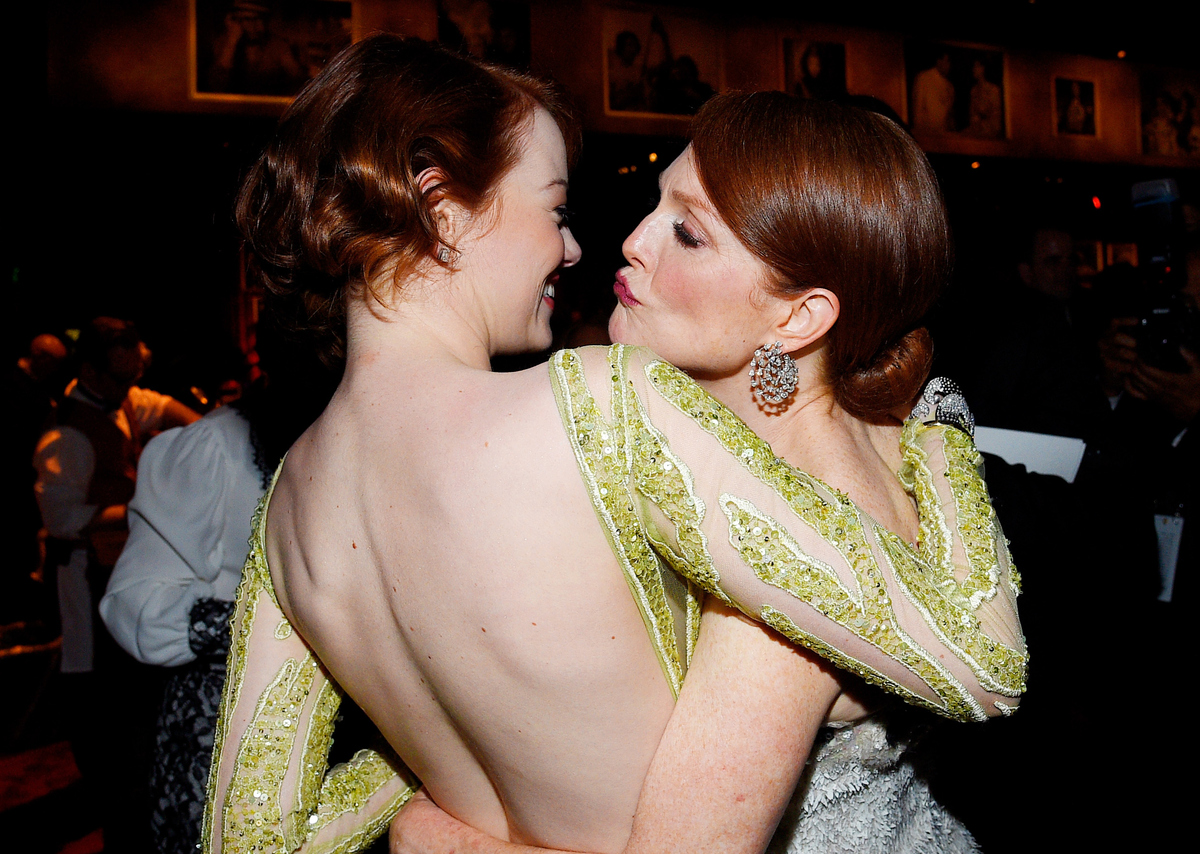