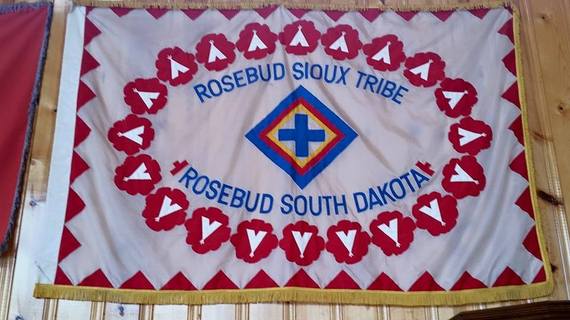 This past week, I joined 11 other medical students from the University of Chicago in volunteering at a Lakota Native American reservation in Rosebud, South Dakota. We spent some of our time volunteering with Habitat for Humanity, and some time shadowing physicians at the local Indian Health Service (IHS) hospital. This experience was a great opportunity to not only learn about health care challenges on reservations, but also to reflect on the intersections between religion, service, and medicine.

Aside from astronomically high rates of chronic conditions such as Type II Diabetes, obesity, depression, and alcoholism, patients at the IHS clinic often lack access to cancer screenings because the small facility does not have the resources to provide those services. As a result, it is not uncommon for treatable conditions to cause life-threatening complications. I was shocked to learn that some patients suffered from tuberculosis, a disease that I thought had been mostly eliminated from the United States. Finally, patients routinely resort to using the emergency room often need to be air-evacuated to other hospitals for minor complaints that cannot be addressed on the reservation.

However, there were also several positive aspects of the IHS. First, The primary care doctors I shadowed were able to spend lots of time with her patients, talking through diagnoses and medications at length. Second, the reservation community was very close-knit, and physicians (even those who lived outside the reservation) were well-acquainted with Lakota traditions and had a strong desire to be part of the local culture. Finally, although the IHS is woefully under-funded (annual health spending per person for the overall U.S. population is over $9000, in comparison to about $2400 per person in the IHS), it is still a single-payer system that guarantees coverage to all Native Americans with documented membership in a federally-recognized tribe. Although IHS insurance may be less effective outside IHS facilities, this federal program ensures that virtually everyone on the reservation is insured.

While learning about Lakota history, I was intrigued by the changing roles of religious groups over time. Until the mid-20th century, many Western churches saw the Native Americans as "savages," and many priests sought to "educate" the Lakota in such a way that they would forget their old ways and completely adopt Western customs. Fortunately, there now seems to be more mutual understanding between different spiritual traditions. Christian institutions provide a large number of social services, and serve as community centers for various activities. Churches and religious leaders now run many charities, including the local chapter of Habitat for Humanity. However, many Lakota traditions such as sweat lodges, vision quests, and Sun Dances are also practiced, and some reservation residents observe Christianity alongside the traditional Lakota religion.

Indeed, I was struck by the contrast between hopelessness and optimism on the reservation. On one hand, unemployment is well over 70 percent, the life expectancy can be less than 50 years, suicide rates are extremely high, and families are often trapped in cyclical poverty. On the other hand, reservation residents speak fondly of Sinte Gleska, an accredited Lakota university that provides a wide array of degrees, and cheer for their young students who have won full scholarships to major national universities like Stanford and Dartmouth. Others express hope for the in-progress Crazy Horse Memorial, and how it can someday stand as a symbol of the unvanquished Native American spirit for generations to come. 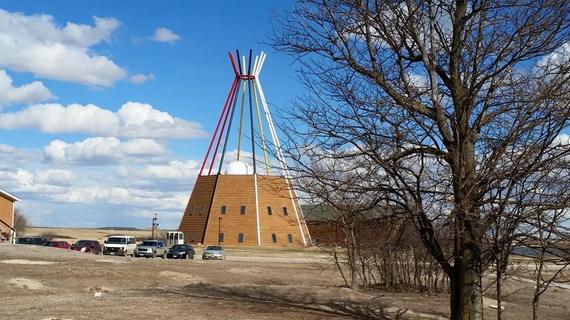 Photo from the campus of Sinte Gleska University.

Through my conversations with the people of Rosebud, I was constantly reminded of a verse from the Quran that speaks of resilience: "Verily, with every difficulty there [comes] relief" (Quran 94:6). Throughout my life as practicing Muslim, I always took this verse for granted; whenever I struggled with something, I found comfort in the fact that relief would eventually come. However, this past week has shown me that for many people, hardship can often be followed by an even greater hardship. Finding any "relief" can be very difficult, and it can be tough to persevere when faced with such overwhelming odds.

I have been inspired by the various people I have met on this short trip, from the recent high school graduate who strives to learn at least "one new fact" every day and someday teach English abroad, to the tireless educator at Sinte Gleska University who motivates her students to follow their dreams, to the hospital worker who speaks fluent Lakota with local elders, keeping an ancient language alive.

These friends I made, and many others, illustrate my religion's core tenets of humility, service, resilience, and community engagement. As a result, I have become more motivated to reflect on my own practice of Islam, and will strive to exhibit those virtues throughout my medical career.

Before we left to return to Chicago, our Rosebud host told us, "It doesn't matter if you never return here. Just promise me this: never forget us, and never forget what you learned here."

That is a promise I intend to keep.