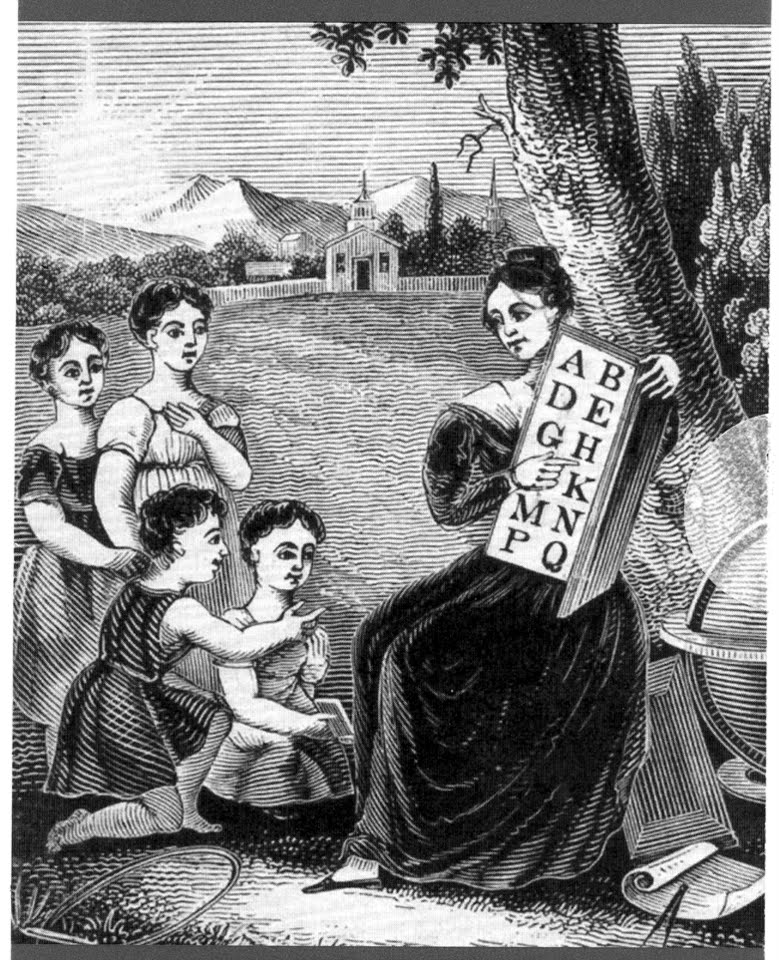 The year was 1965. It was a warm fall day, and I was driving Paul Goodman, the noted thinker and prominent social theorist, to his hotel. He was to be a guest speaker at a program I had created for area high-school students to dialogue with prominent writers, artists, and politicians.

This was the Paul Goodman: playwright, poet, philosopher, psychotherapist, and anarchist, the writer once called "a Thoreau for the 20th century." I was in awe of the man. He was my idol. I had devoured his works and taken many of his ideas to heart. They had been the primary inspiration for my present and future calling: transforming a moribund and unresponsive educational system into something more humane. On the wall of my study, I had posted his words as a personal challenge: "The notion that nothing can be done is completely unsatisfactory to me. Something must be done."

And here I was, alone in the car with the man himself. I was thrilled to have his full attention. After a few minutes of awkward chitchat, I cut to the chase with a question I had been dying to ask.

"Mr. Goodman, you are one of the best-known thinkers in the country," I began. "Your criticism cuts to the very heart of the hypocrisies of our culture. But why don't you lay out some practical alternatives and work to make them happen? We need to build new models so that people can see those ideas in action to realize their possibilities."

He tamped down his pipe, turned to me and said, "That's not what I do."

It was a pivotal moment in my life, and a challenge I felt compelled to take up.

Accordingly, the focus of my life's work has been on blending theory and practice. That's just what I do and who I am. And this is a clarion call to unearth and encourage similar kindred spirits today.

Toward that end I offer the first of several past efforts, in the hope that they will prove of interest to others. They are set not in concrete but in silly putty -- not to be replicated but challenged and reshaped from the perspective of the present, employing the technology of 2015, and the talents and skill sets of those who take them on. So let's dig in, beginning with the program that Paul Goodman attended.

Between 1964 and 1968 Yale Law School was the scene of a truly extraordinary happening. Each spring and fall large assemblies of high-school students from the Greater New Haven area filled all 600 seats of the law school's auditorium to hear major thinkers discuss and debate contemporary controversial issues, after which they repaired to classrooms to discuss those issues among themselves in workshops led by Yale undergraduates, supplemented with reading material provided in advance plus a suggested reading list for those who wished to delve further. Over five years we held 54 such Saturday programs, numerous specials, and also one summer program,. Attendance totaled between 15,000 and 20,000. There was no charge for the program. It was called Perspectives. 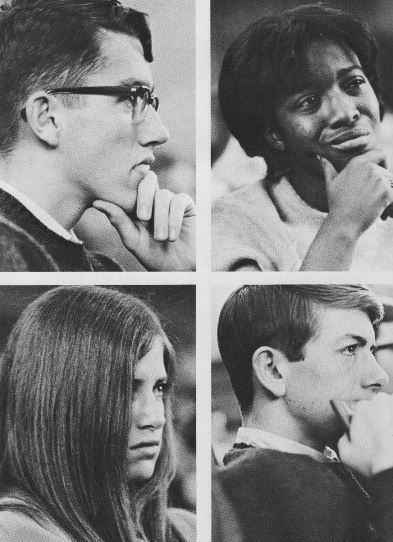 The purpose of the program was to encourage and sustain an interest among young people in the issues confronting a free society by exposing them to a variety of perspectives through lectures, reading, debate and discussion. Our goal was the development of an analytic and questioning spirit -- elevation of their social, political, and artistic literacy.

Topics included race from a legal and historical perspective; the psychological and moral dimensions of race; being black (then called "Negro") in America; censorship; sexual morality; the cold war; anti-communism as policy; the limits of protest and dissent; morality, ethics, and foreign policy; and the arms race. We held one of the earliest teach-ins on Vietnam, if not the first. There was also a program on the arts, including the New American Cinema, jazz as an art form, and special theatrical programs in conjunction with Long Wharf Theater.

Perspectives was my brainchild. I was a high-school teacher and chairman of the history department of a local high school at the time. I had no staff except in the last year, when I was assisted by two Yale students who assumed primary roles after I left the school system. I hustled and pasted together the program with Scotch tape and baling wire on an annual budget of $1,000 to $1,500. Honoraria for guest speakers averaged $75.

The program was billed as a collaborative effort between Yale and the New Haven school system. In truth, no one from either the school system or the Yale administration had anything to do with it. A friend who had been a graduate-school buddy and was then a master of one of Yale's residential colleges surreptitiously helped me negotiate the booking of classrooms and the auditorium. The program ended in 1968, but not before becoming embroiled in controversy, with charges swirling that I was a purveyor of communist ideology and a corrupter of youth, though I was ultimately vindicated of same. I am proud of Perspectives, but the reason I go into such detail is not for ego enhancement but to show what a passionate single person on a small budget can accomplish.

One year I received a Christmas card. It began:

You don't know me. I'm just one of the kids who attends Perspectives.

A brief excerpt from the card follows:

I wanted to drop you a note to thank you for the hard work you put into the program. ... It really makes a kid feel really great to know that there are adults who respect his opinion and care enough about his education to offer a program like this. ... So few adults take a sincere interest in high school students or care what they think. It's a darn shame. Maybe if high school students had more people like you who would expose them to enriching opportunities, we'd have a less cynical society. Thank you for caring.

Do we need something like Perspectives today? Stay tuned. Next: suggestions on a national program for 2015 and beyond.