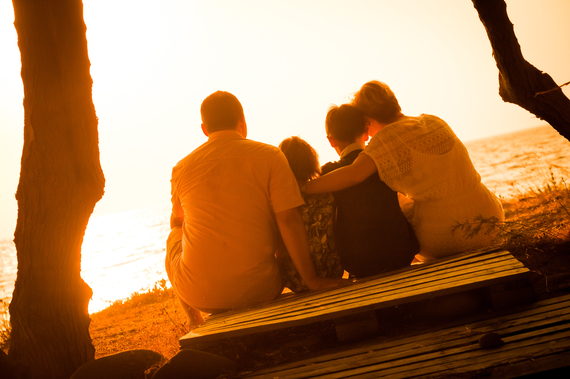 As a committed writer of imaginative fiction for virtually my entire life, I have often wondered about the effect my obsessive conduct and allocation of time to pursue such an occupation has had on my relationships with family, friends and others who need and crave my attention.

What is the ultimate effect of a writer's creative compulsion on the people closest to him or her? No doubt, there is a correlation here with the inventor, the hobbyist, the business person, the techie startup guru or the garden variety workaholic or anyone with an intense need to pursue an activity, any activity, that is so obsessively singular and averse to distraction that it tears apart the fabric of personal relationships.

There is no escaping the fact that writing, or any other brand of artistry, requires not only total focus, but concentration, often isolation. The subconscious, the engine of creativity, is like a perpetual motion machine always operating. For me and perhaps other writers, this has meant that even while outwardly appearing to interact with loved ones and friends, I am always partially engaged in the process of composition.

I suppose the following assertion is open to argument, but my own lifetime experience has convinced me that the committed writer, or any artist, does not choose to pursue their art, it chooses them. It is not simply a conscious act of discipline and will, but a necessity, a hunger, an indispensable need that can't be measured by the metric of worldly success or celebrity. It is a compelling life force.

My need for love, family, friends and a sense of comforting security has always been a balancing act between that hunger and my creative compulsions. Striking a balance, although seemingly impossible, is in reality actually achievable.

Being born in 1927, my obligations as both father and husband have been honed for me personally by generations of historic precedent and example. By today's standards it might seem on the surface to be stubbornly old fashioned, but the role of parenthood is fixed in my generation by precedent. Above all, both parents must provide each other and their offspring with presence, meaning time, the most precious commodity in the universe. Without presence, there is absence and for a loved one absence can be lethal.

I am the father of three sons. I was 26 when my eldest was born. At the beginning there were years of great frustration as the stories piled up in my mind and the need for family support prevented the allocation of time to pursue the "dream." My parents' perpetual presence in my own upbringing, upon reflection, gave me personal security throughout my earliest role as a father and I am eternally grateful for that experience. My father's particular situation, though, had a terrible downside for him and an ironic upside for me in the long run.

My father was a low level clerk who called himself a bookkeeper. He lost a promising job in the Great Depression and never recovered. He was poor and powerless and his experiences with "bosses" was toxic. He frequently talked angrily to himself and it was soon apparent from an early age that he was berating his bosses, arguing with them, confronting them, something he could never do face to face. It was pure fantasy, a common response to powerlessness by those paralyzed by fear. The lesson of my father's anger and frustration taught me never to find myself or my loved ones in that position. He was always at the mercy of others, and I vowed early on never to be beholden to others to make my living. Controlling my own destiny has always been one of my principal obsessions.

I was still in my twenties when I struck out on my own. After graduating from New York University with a degree in English literature, I worked for the New York Daily News before becoming Editor of the Queens Post, a prize-winning weekly newspaper on Long Island. My column 'Pepper on the Side' became a staple at a number of newspapers in the country. During the Korean War, I served in the U.S. Army in the Pentagon as the only Washington Correspondent for Armed Forces Press Service where my bylined stories went out weekly to all publications produced by the Army, Navy, Air Force and Marines. The laws of action and reaction had kicked in. My father's powerlessness taught me the value of setting your own course in your own way on your own schedule. In other words, I became the master of my own use of time. 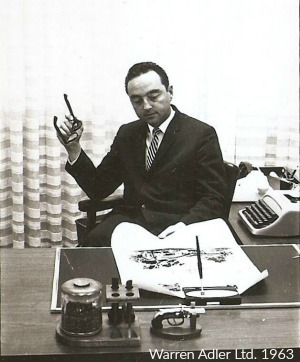 By the time I was in my forties I had a distinguished career as an entrepreneur, owning four radio stations and a TV station. I founded and ran my own advertising and public relations agency in Washington, D.C.; Warren Adler Ltd, where I was responsible for advertising and PR campaigns for political candidates, numerous businesses, and apartment and home communities. Among my clients was the Watergate complex, which I named myself. I was a consultant to the Nixon campaign in 1968 where my brief was the Jewish vote. I subsequently served as an advisor to the first Nixon administration. Throughout my entrepreneurial pursuits I juggled family support and as soon as my financial situation eased and I was the boss of my own entity I made my own hours and worked like a busy beaver to find even more time for my real enterprise dream, which was to become a full-time novelist.

I've never discounted the role of luck, determination, obsession and sacrifice, without which no entrepreneurial adventure can ever succeed. At long last, I had found the time to pursue my real goal. Since I was the boss I could manipulate my time to allow four hours in the morning every day to pursue my writing career and on my own authority I could juggle that time without fear of reprisal. My writing time usually began around six a.m. and often stretched to ten a.m. The kids were out of the house by eight a.m. and my wife was busy with various chores and later with her career. We always made it a point to have dinner together and during the summer we either vacationed together or took a house at the beach and I commuted every weekend.

I finally decided to close my agency in 1974, at the age of 47, after the successful publication of my first novel, Undertow. From that point on I was able to pursue a more active writing schedule and by then the kids were older and busy with their schooling and my wife had found a career path.

Navigating the needs of loved ones and the compulsions of the creative life is, in my opinion, a necessity for a working writer. Throughout my career, which has spanned more than a half a century of writing, producing more than fifty novels, numerous short stories, essays, and plays, I have maintained a marriage that has lasted nearly 65 years and an excellent relationship with my three sons -- quite the opposite of the marriage between my most well-known characters Barbara and Jonathan Rose.

My dream is an ever-evolving creature and I continue to invest myself in it. After achieving the luxury of full-time authorship I discovered that the changing patterns of book publishing allowed an author the option of becoming his or her own master, something I write extensively about in "Why I Went Independent as an Author."

For that impetus, I continue to cite my father's futile struggle and while in the end it left him discouraged and bereft, it imbued me with the reason to strike out on my own, to live in my own time, at my own pace, and make my own decisions on what to write, obeying the muse that motivates my creative instincts. I think my father would have applauded my decision.