After two years of relentless stress and hard work, trying to pull together an expedition that always seemed to teeter on the brink of disaster, two weeks of frantic last-minute preparations, a month of acclimatizing in the Khumbu Valley, and only three weeks from a summit attempt, it was over.

Our climbing gear and supplies, an incredible sprawl of meticulously chosen clothing, hardware, food and medical supplies -- everything that we would need to have our shot at Everest's summit -- was packed in 90 minutes. We left base camp at 4 p.m. -- much too late really, but we just wanted to get out -- as a massive snow storm descended into the valley. We trekked hard over slippery rocks. Steve sprained his ankle but, of course, soldiered on without complaint. We moved fast, covering the path to Lukla in 11 hours, a route that on the way in had taken us 12 days. A day later we were back in Kathmandu, and two days after that back to our respective homes; Steve to Nairobi, Mike to Boston, me to Toulouse. 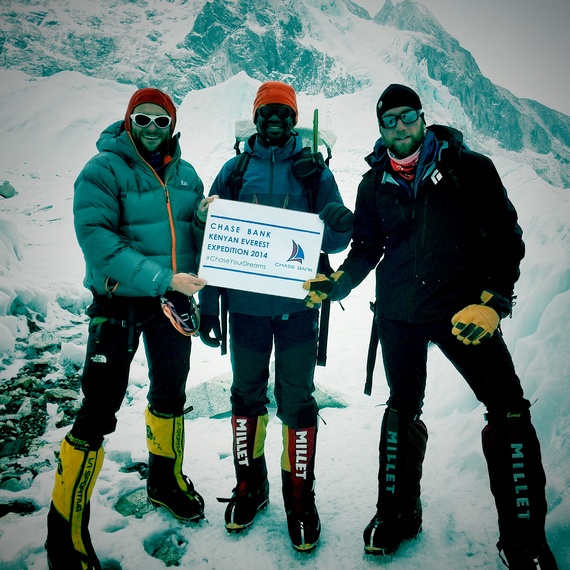 The decision to cancel the expedition was surprisingly easy. Maybe it was because our team was so small -- Mike, Steve and me, our climbing guides Dawa, Temba and Karma, and Nyima the cook. Our daily contact was so direct -- no western guide acting as intermediary -- that there was no way to overlook the devastating effect that the avalanche of 18 April had had on our teammates. Sixteen friends, relatives and colleagues killed in an instant and a mountain unequivocally stating that this was not a year for climbing.

Between them, Dawa, Temba and Karma had summited Everest 18 times. They had climbed twenty other peaks over 8000 meters. Dawa, at 48 the oldest member of the team, had summited K2; after our climb, he was heading back to Pakistan for a second run up that fearsome mountain. Karma was 23, four Everest summits from five expeditions, going for his fifth with us. Apparently, one of the strongest guys on the mountain.

It was the first time in my life that I had seen what profound shock and grief could do to a man, and the first time I saw that it was apparently possible to age years in the course of a day. That evening we told them that whatever decision they made -- to carry on with the climb, or to cancel -- was what we do. Tell us in the morning, fuck what anyone else is doing, it's your call. I would have carried on for sure, more scared than before. This was not willful callousness in the face of such an horrific event, more a dull determination to carry on.

The next day at lunch, Karma read out a carefully prepared speech; please do not ask us to go back up there. That was it. We were going home. We finished lunch -- Spam fritters again, which I love, but which probably only taste good in the mountains -- packed our bags and got moving. The storm clouds meant we had no farewell glimpse of Everest, Nuptse or Lhotse. Probably for the best, and we weren't looking back anyway.

Despite getting home in fairly good spirits, I have been feeling listless the past few months. Perhaps it wasn't surprising given the physical and emotional commitment of the previous year, but it still came as a surprise. For the first time in my life I felt that I had perhaps drawn too deeply on a well of endurance that I had assumed to be limitless. Blood work revealed some mild anemia and a immune system in need of a boost. Both easily fixed, but a good lesson not to underestimate the toll that working with this intensity can take on the mind and the body.

We learned a lot of good practical lessons that will no doubt stand us in good stead for another attempt on the mountain. Steve's, "Before I wanted to climb Everest, now I need to climb Everest" was important to hear; his ascent is the one that matters. Above all, it was good to know that, when forced to make a tough moral decision, we did not shy away from its implications. As a team, we had penned a manifesto before leaving Kathmandu, a hierarchy of directives by which we would conduct our expedition. Summiting the mountain was the lowly fourth priority. Above it: come back alive, come back with all fingers and toes and, most importantly, come back with our principals still intact.

I started the Kenyan Everest Expedition in 2012 with the idea that I could provide a platform for one extraordinary person to showcase his powerful character, so that he could be an inspiration to millions of people. Sounded like a good idea, but I had my doubts. 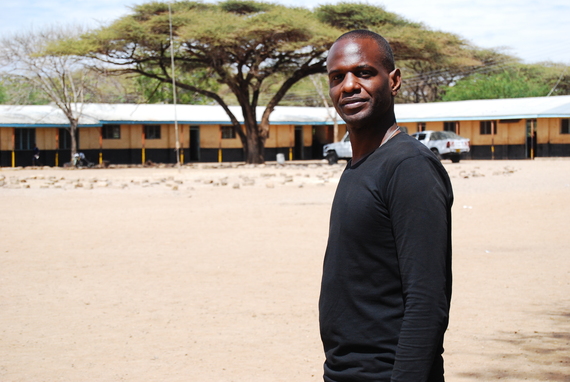 However, these were laid to rest in the weeks before we left Kenya to head to Nepal. Steve's fellow Kenyans were so excited for his upcoming adventure, so proud of his courage, no doubt aided massively by his incredible warmth and charisma. I have no doubt that had we succeeded he would have returned as a national hero. We return to Everest for a second attempt in 2015, more aware than ever of the risks involved, but also more determined than ever to get this job done.