"Let every good and true Christian understand that wherever truth may be found it belongs to the Master."

I wish I had said that. I also wish that any believer would nod in agreement. 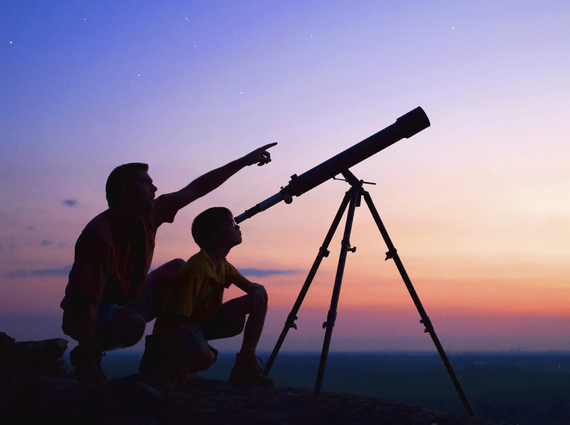 More precisely, what happens when evangelical Christians engage with the scientific community? And what specifically did I learn with 250 other participants at last Friday's conference "Perceptions: Science and Religious Communities" put together by the American Association for the Advancement of Science (AAAS)?

In other words, it seems like a good time for reflections on "Perceptions."

AAAS is the biggest general science organization in the world. Founded in 1848--only fifteen years after the term "scientist" was coined to describe a specific discipline--it now represents over 10 million members. Their motto? "Advancing science, serving society." The existence of the specific program arm for the "Perceptions Conference" might surprise the outside public: Dialogue on Science, Ethics, and Religion (or DoSER), first founded in 1995. It makes me wonder, what was happening twenty years ago during the Clinton Administration that led to this initiative. If there's anything about public funding, it's usually intended to solve a problem. And the problem, by my lights, is religious resistance to science... and scientists' to religious communities. That's probably why DoSER's head, Harvard-trained astronomer and Christian believer Jennifer Wiseman, kept emphasizing at the "Perceptions" conference the need for respectful dialogue, but not necessarily consensus.

Let me address some things I didn't discover: I didn't find that science and faith are always antithetical. I didn't experience the concept as unthinkable that there could be both scientific and religious communities and that they might overlap.

I did, however, sense a level of anxiety, or at least concern, that scientists won't preemptively dismiss religion. (Back to Wiseman's respectful dialogue.) It's hard not to have the ever-quotable evolutionary biologist and atheist Richard Dawkins echoing in our ears,

"Faith is the great cop-out, the great excuse to evade the need to think and evaluate evidence."

A countervailing tendency at "Perceptions" could be, well, perceived: if you believe in God, don't think that science by its nature will threaten you. And there were plenty of believing scientists to assuage that fear, like Nobel Laureate William Phillips, or another not in attendance, but certainly influential for many of the speakers, the head of the National Institutes of Health and self-described evangelical, Francis Collins, who has commented,

"I find that studying the natural world is an opportunity to observe the majesty, the elegance, the intricacy of God's creation."

This conference, as I mentioned, focused science and evangelicals, a religious demographic that comprises about one-quarter of the U. S. population. As the head of the National Association of Evangelicals (NAE), Leith Anderson put it, "they take the Bible seriously and believe in Jesus Christ as Savior and Lord." Noteworthy is that I didn't hear anything there about voting for Tea Party candidates or resisting abortion, human responsibility for global warming, and evolution. Indeed the NAE table and representatives happily passed out a booklet, "When God and Science Meet," with quotes and insights from church leaders and God-friendly scientists. Anderson cited a poll that 70% of evangelicals responded to the statement "Sometimes I have to choose between evangelical faith and findings of science" with disagreement. Evangelicals don't believe there is a forced choice. At least not in principle.

To help us see this with more precision, the ever-careful observer of all things religion and science--and certainly one of the world's premier sociologists in the field--Elaine Howard Ecklund, reminded us that, from her recent work in surveying over 10,000 people, almost half (or 48%) of U. S. evangelicals believe that collaboration ought to characterize the relationship of faith and science. In other words, each can be used to support the other. Using her careful analytical skills, Dr. Ecklund also raised the question of what kind of science evangelicals are referring to since almost two-thirds want to be sure that miracles can be included in the theories and explanations of science.

I also attended a session with Ron Potts, curator of the Smithsonian's Hall of Human Origins, who reviewed all the reasons that archeology leads toward human evolution--for example, that we now possess the fossils of around 6000 human ancestors (from nearly complete skeletons to various components) and employ twelve different dating techniques to determine their age (such as radioactive decay, counting trapped electrons, computing genetic changes in terms of mutation rate). I couldn't repress the thought, "How can people reasonably resist this?" And yet, according to a 2013 Pew Research poll, about one-third of the U. S. population doesn't subscribe to human evolution, and particularly 64% of evangelicals polled responded that humans have existed in their present form since the beginning of time. (Notably, this same resistance can be found in Republicans: only 43% of Republicans--but 67% of Democrats--say humans have evolved over time. So it's not always a good idea to map resistance to evolution solely with religion.)

One of the closing remarks struck me. Eugenie Scott, who heads the National Center for Science Education, reminded us that this conversation is at least partly about a competition for cultural reproduction--in other words, whose views get passed on to future generations? Is it the story of science and its successes, or the glories of religious narratives and their promises? Yet I continue to wonder: Must there there be an "or"? Can this be an "and"? Can some narrative of science and religion be passed on and reproduced? Can Augustine's dictum ultimately triumph? Maybe there's hope: Dr. Scott noted that the "biggest set of Americans" (to use a highly technical phrase) really do like science. So that certainly includes religious Americans, who are still the majority in our country.

All in all, I left encouraged, not least because there were some really nice, engaging, intelligent people at the conference. We conversed enthusiastically over coffee, croissant, fruit, and yogurts in the comforts of the Ronald Reagan Building and International Trade Center (which, with its massive size and governmental design, provided an atmosphere of stability and a sort of architectural endorsement). It really seemed like some current impasses could be overcome. And after having worked to bring science to church for the past two decades, I certainly hope so. But I've also learned that the devil is often in the details.