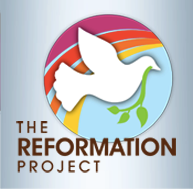 On Wednesday, Sept. 18, 50 gay, straight, bisexual, and transgender Christians from all across the nation will converge on Kansas City, Kan. I am one of those 50 individuals, and we are all participating in the inaugural leadership conference of the Reformation Project, a Bible-based Christian nonprofit seeking to reform the church's stance on sexual orientation and gender identity.

It all began with one YouTube video. Matthew Vines posted "The Gay Debate: The Bible and Homosexuality" back in March 2012. It quickly went viral, and Vines inspired countless people across the globe to work for acceptance of LGBT Christians.

This year Vines started the Reformation Project. From hundreds of applicants, 50 were chosen to join him at a leadership training conference in Kansas City. We spent all summer in an intensive prep period, reading scholarly research, engaging in group discussions, and learning more about this issue from all angles. One of my fellow reformers, AnaYelsi Sanchez, hosted on her website, browneyedamazon.com, a blog series titled "Out of the Closet and Into the Pews." Her site features dozens of articles written by our fellow conference participants. I contributed to this series, and here's my story:

On Dec. 7, 2011, I experienced a deepening of my spiritual being: I came out as gay to a priest at my Catholic high school. Often Catholics are painted as monolithically homophobic. While the Catholic Church still has a long way to go toward full acceptance of our LGBT brothers and sisters, more tolerant streams of Catholicism do exist. Those small islands of love in an ocean of misunderstanding are what I hope to expand through the Reformation Project.

The story of my sexual orientation meshing with my faith is mostly a happy one. I am accepted by my family, my peers, and my faith community, gayness and all. This acceptance allowed me to blossom in my faith, learn to love my church, and get to know myself for who I truly am.

However, the average gay Christian's story isn't like mine at all. Most LGBT Christians will speak of the prejudice and vitriol that stood in the way of their being a full member of their faith community. While I experienced some instances of intolerance, confusion, and depression, that certainly wasn't the majority of my experience. Sure, I wasn't screaming "I'm gay!" at the top of my lungs during church, but I didn't have to keep it a secret either.

The day I came out of the closet, my classmates and I were in the midst of our annual reconciliation service. I always took this time of reflection very seriously. Sitting in the church pew, feeling that powerful silence raise my awareness, I began to check in with my spiritual core.

The Daily Examen of Consciousness was programmed into my Jesuit school's curriculum. St. Ignatius Loyola, the founder of the Society of Jesus (aka the Jesuits), created this reflective form of prayer. We followed five basic steps:

Going through those steps during that service, I felt a tug inside telling me something was wrong. Up till then, I had been denying who I really am. I'd lied to myself and tried to conform to the straight ideal. What I felt in prayer was the overwhelming desire to confess my secret to one of the priests running the service.

In the intimate confines of the corner of the chapel, I told the priest what had been burning inside me for years. His immediate response wasn't what one would assume a priest would say. He didn't say I needed corrective therapy, to repent for a sin, or to feel sorry for existing in this wretched state. Instead he said four simple words that still reverberate in my head today:

God doesn't create a whole set of people as mistakes. We are all beautiful examples of what God does through creation. As manifestations of this loving creator, we are called to work toward embodying that love that animated us into being, gayness and all.

After that day I learned to feel more comfortable in my own skin. During my senior year I led a retreat where I shared my story in front of a large group of my peers. One of them took me aside and said I was the first actual gay person to ever honestly share that experience to him. He said he could now properly empathize with what it meant to struggle with sexuality. Juvenile people will always make inappropriate jokes at the expense of the LGBT community, but through sharing our stories, we engender maturity.

That's what my vision of reform is. With the Reformation Project I want to help create a network working toward tolerance. Only through going on those retreats, talking to local church leaders, and sharing our story will LGBT Christians start to nurture supportive faith communities. It won't be easy, but nothing worth doing ever is.

Stay updated on the Reformation Project by following @ReformationP on Twitter and searching the #TRP13 hashtag.