The first time I went to No Parking, I gagged on the chandelier. Hanging from the center of this former parking garage-turned-gay bar in Washington Heights, was an orb of neon lights that illuminated its mostly Dominican patrons. I had just moved to the neighborhood and was delighted to find that my new local bar was unlike anything I had ever seen in New York City. DJs from an elevated booth skillfully mashed up Caribbean pop hits with glimmers of Madonna and Minaj. Their pounding rhythms propelled go go dancers in thongs and high-tops around an oval bar, as patrons exchanged glances through the crowd.

At the time of my first visit to No Parking, I had been preparing a research proposal to work with gay men in Rwanda utilizing a unique methodology that incorporates photography and storytelling. The methodology, commonly known as Photovoice, entrusts cameras into the hands of participants, enabling them to act as recorders of their own lives and communities. Through the process of discussing and sharing photos, Photovoice capitalizes on the immediacy of the visual image to furnish evidence and promote an effective means of sharing life experience. It was an ideal method for both researching and empowering invisible populations of gay men in an African context, or so I thought. The funders, however, weren't convinced, and the project fell through the cracks.

Disappointed with the anticlimactic outcome for my project, I met some friends at No Parking to explain my failings over drinks. As I listened to the stories of my newfound neighborhood comrades, many of whom had immigrated from the Dominican Republic, I had an epiphany. Everything that I had hoped to study in Rwanda was sitting right in front of me in Washington Heights. The experiences these men had navigating complex social networks, confronting cultural ideals of masculinity, and depending on one another for behavioral health information were clearly relevant to my work. I decided then to transfer my proposal from Africa to 176th Street.

The process was slow to begin, particularly because the Institutional Review Board interpreted my idea to give cameras to men who have sex with men as synonymous to making porn. However, approval was eventually granted and I began recruitment. Knowing I had to branch out beyond the local gay bar, I discovered a number of clandestine gay spaces in the neighborhood, including restaurants and bars with gay nights that were unannounced to the general public. As one might expect, persuading men in these secretive spaces to not only take pictures, but also share them with me, was both a daring and often defeating challenge. Over time, I found a number of men who were interested, and chose two who were ideal candidates.

One of the participants, who I refer to as Ricky, immigrated to the U.S. at the age of 7. He was 19 at the time of the study and was attending college. The other, who I refer to as Javier, immigrated at the age of 5. He was 26 at the time and worked as a bartender at No Parking. Both men lived at home with family members -- however, under very different circumstances. Ricky had recently come out to his mother and sister, but had never discussed his sexuality with his father. Javier, on the other hand, had opened up to his entire family, and, shortly after, invited his boyfriend of six months to move into his family home. The men's stories, illuminated by the photos they took, described radically different outcomes despite their similar experiences with tight-knit family networks, cultural constructions of masculinity, and the management of social stigma.

When first drafting the proposal for this project, I expected that the men would discuss topics relating to sexual behavior and risk-taking. However, that was not the case. Instead the men discussed the importance they place on monogamy, and more specifically, their refusal to accept various stereotypes driven by what they referred to as Dominican machismo. Resistance to a social stigma, which frames gay behavior as promiscuous, as well cultural expectations of masculinity were the reasons that Ricky chose to conceal his sexual identity from his father, preferring not to run the risk of loosing the support gained from his family network. On the other hand, the anticipation of a similar stigma prompted Javier to move his boyfriend into the family home, demonstrating to his family that he was as devoted in a same-sex relationship as they had expected him to be with women, and in doing so was just as much a man.

This finding was a game-changer as it shifted the focus from sexual health to that of mental health. In the following rounds of photo taking and interviews, the men described to me various instances in which they manage social and cultural stigma in virtually every aspect of their lives. While Ricky and Javier made very different decisions within family and social contexts, the root of their choices was often based on how they felt others perceived them. Ironically, neither Javier nor Ricky reported any actual act of stigmatizing in which elements of labeling and discrimination co-occurred, resulting in the loss of status and power. However the perception that such an act may take place was discussed at length and held a significant influence over their decisions, behaviors and the identities that they constructed.

The intimate process of discussing photos that document the nuances of day-to-day experiences had a profound affect on all three of us. During the course of this project, Ricky and Javier shared with me details of their lives that were unknown to even their closest family and friends. At a large scale, this study demonstrates the need for further research that seeks to better understand the harmful mental health consequences of stigma among Dominican immigrant MSM, as well as the social and cultural factors that drive it. However, at a more instrumental level, this project confirmed the ability of photovoice to transcend certain limitations of traditional social science research. The trusting relationships that were established as a result of the methodology are unique to traditional forms of research. Last week, Ricky called to tell me that he had both turned 21 and officially came out to his father. I look forward to sitting with him under the chandelier at No Parking to hear the details. 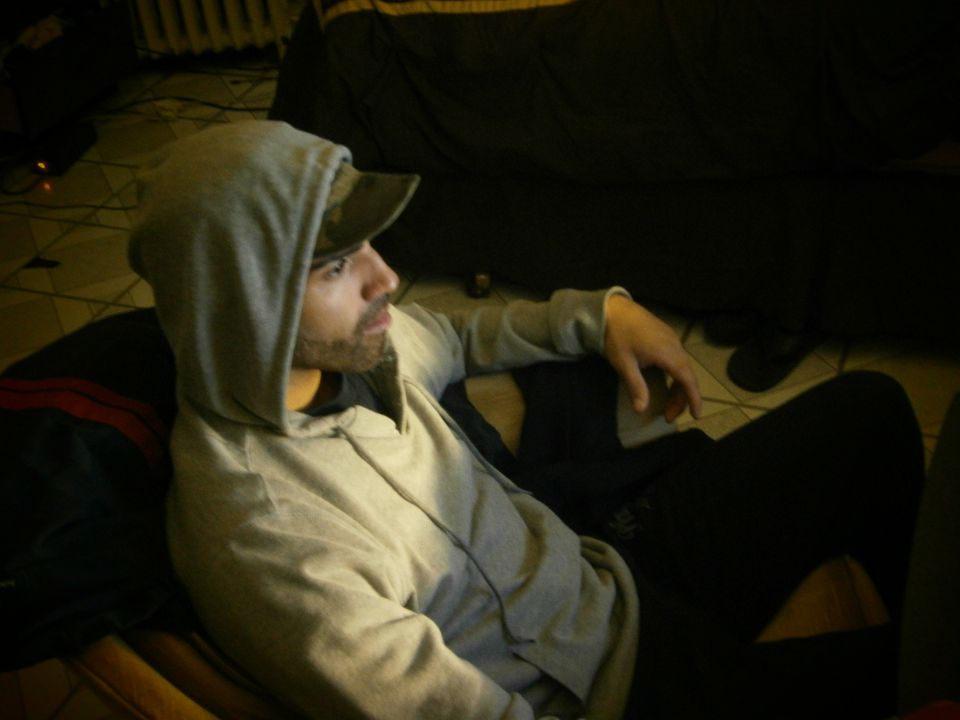