Where to eat, stay and play?

And, what to drive.

On Wednesday, the folks at Toyota lifted the embargo and now I get to talk all about the just unveiled 2016 Toyota RAV4, which will be the eighth hybrid offered in the Toyota lineup. New on the RAV4 for 2016 is a refreshed exterior and updated interior across all of the trim levels. For example, the new SE trim will give you Sport-Tuned Suspension and sportier styling and I am thinking entry level Lexus feel on this new Toyota offering. 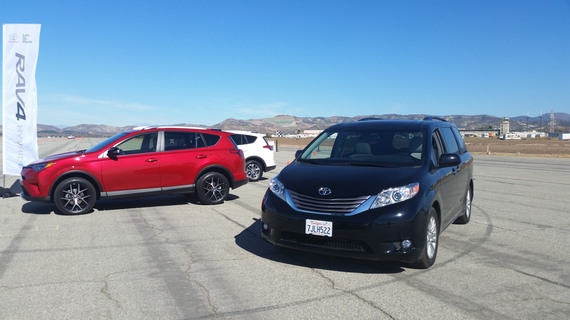 A small crossover, Toyota is offering the introduction of the first RAV4 Hybrid as part of a refreshed RAV4 lineup that also includes a sporty new SE grade. This 2016 RAV4 Hybrid brings the number of Toyota hybrid models to eight and after a day of driving it is clear that the RAV4 Hybrid is a "no compromise vehicle" that makes fuel economy a big priority.

The RAV4 Hybrid comes in two trims the XLE and Limited while the RAV4 gas version comes in LE, XLE, Limited and the new SE. 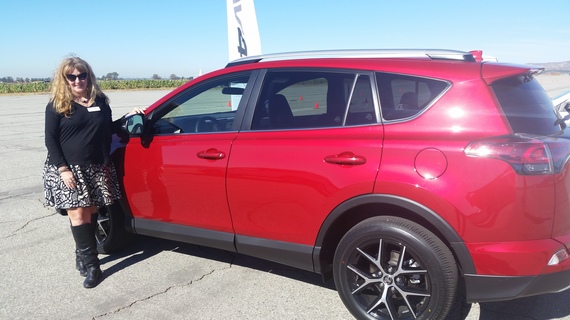 Under the hood the 2016 RAV4 is all-weather capable and the Hybrid grades come equipped with an Electronic On-Demand All-Wheel-Drive System with intelligence (AWD-i) as standard. A second, independent electric motor drives the rear wheels when needed to help maintain optimal traction. The 2016 RAV4 Hybrid has a 2.5-liter Atkinson cycle four-cylinder engine and a small high-torque electric motor with 194 horsepower combined. Regenerative braking changes the electric motor to a generator that captures the kinetic energy of the still-turning wheels when the brake is applied, storing it in the nickelmetal hydride (NiMH) hybrid battery pack. Even better, as you drive the RAV4 Hybrid you can be sure you are saving fuel by selecting one of the several operating modes from ECO mode (on Hybrid and Gas models) that optimizes throttle response and air conditioning output to help prioritize fuel economy. In EV mode, the RAV4 Hybrid, under certain conditions, will run solely on the electric motor for up to 0.6 miles at lower speeds.

Otherwise, it is a 2.5-liter direct-injection four-cylinder engine with 176 horsepower and 172 pound feet of torque with a six-speed automatic transmission.

Safety is everywhere on this new RAV4 with the 2016 model being one of the first in the United States to offer Toyota Safety Sense (TSS), a new multi-feature advanced safety package anchored by automated pre-collision braking.

With all that who can resist spinning it around the big city where there are so many choices, but here are our favorite restaurants and hotels right now. 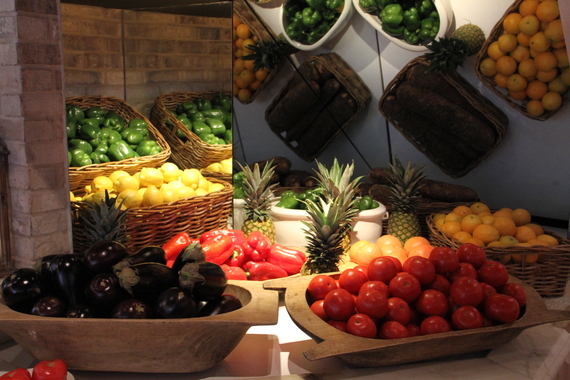 For the eco-friendly traveler there is nothing more appealing than the Element Times Square. It is simple and easy with non-fussy rooms and little baggage to deal with other than what you arrive with at this eco-friendly hotspot.

Looking for a little more history in your Manhattan visit? Check out Hotel Wolcott located in the heart of New York City's Midtown. Hotel Wolcott boasts modern conveniences with a legendary story and it's just steps from must-see attractions like the Empire State Building, Rockefeller Center and most subway lines. The hotel is actually 100 years old and still maintains the building's original architectural details. In New York City it's a diamond in the rough offering stylish and spacious rooms. Now, for a little history, folks like Mark Twain and Buddy Holly stayed at the Wolcott. So did writer Edith Warton and Dr. Washington Dodge, one of the survivors of the sinking of the Titanic who wrote about his account of the tragedy while staying there.

For upscale and thoroughly modern Hotel Sofitel New York on W. 44th Street is the place to spend your time. Centrally located and steps from the International Center of Photography, Rockefeller Center, Times Square and Broadway there are 398 rooms with minibars and flat-screen televisions. The Sofitel also offers a unique dining experience at Gaby serving French flair in a stylish setting. Overall, it's happy doormen, a contemporary statement in limestone and glass and a comfortable home away from home.

You have to eat and for hearty appetites there's Desmond's Steakhouse. This is a big place with 247 seats, but it is classic New York steakhouse all the way. Located in Manhattan's Midtown, expect not only USDA prime, 50-day and matured to perfection cut meat, but an open-to-view dry aging room and choices of size depending on your hunger pains. Anywhere from an eight-ounce filet to 74-ounce porterhouse that feed up to six people, there is also seafood and a raw bar. Definitely sidle up to the seven-foot marble bar for a drink before dinner. Modern deco, wood paneling and subway tile mixed with wallpaper accents and you have Desmond's Steakhouses' welcoming vibe and mouthwatering range of carnivore delicacies.

Raymi meaning celebration of the sun in Spanish is all about love and passion aka Peruvian food served authentic. Located in the Chelsea neighborhood of Manhattan, eating here is about sharing and at this Peruvian Kitchen and Pisco Bar you will share the best flavors of Peru created by Chef Richard Sandoval. You will also taste whiffs of Spanish, Japanese and Chinese mixed in to the cuisine with a nice mixture of other native influences added for good measure.

Jazz at Kitano Hotel is an experience not to be missed located at 66 Park Avenue. It's not Harlem where many might think to go for the sounds of New York jazz, but you won't be disappointed. A luxury Japanese hotel that dates back to the 19th Century when the Rockefellers owned it, these days you definitely don't want to miss this second floor bar/lounge on one of the several nights a week you can tune into the jazz. A charming setting as you listen to the band playing in the corner in front of floor to ceiling windows , do imbibe in a cocktail from the excellent selection that includes fine single malt Scotch as well as champagnes and cognac. 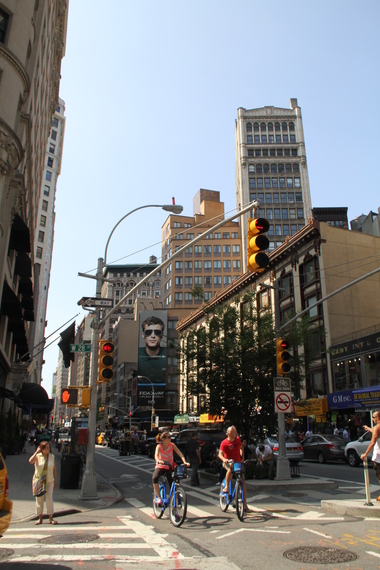 More:
traveltoyotajazz
Newsletter Sign Up
An essential daily guide to achieving the good life
Subscribe to our lifestyle email.
Successfully Subscribed!
Realness delivered to your inbox