by Adam Lent, Director for Research and Innovation, Ashoka Europe 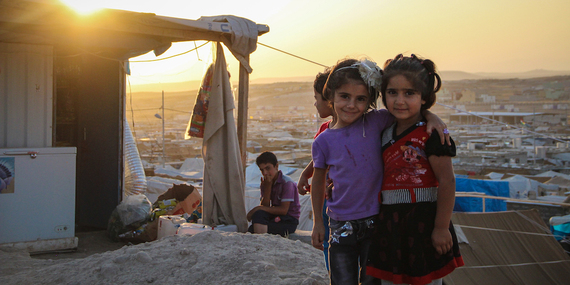 Fadwa, Mahmoud, and Yasser have three things in common.

They all live in Istanbul, but not by choice. They are there because their lives in Syria became too dangerous or unbearable. Fadwa escaped with her three children from the brutal nightmare of Aleppo. Yasser gave up his university studies in Damascus when his family and friends started being arrested. And Mahmoud took the tough decision to ditch a successful carpentry business to escape the violence destroying his community.

The second thing they have in common is less obvious, but just as important as their shared story of forced exile. Despite living in a strange country with an unfamiliar language, they have all rebuilt their lives through a combination of entrepreneurialism and courage.

Fadwa has turned her love of cake-making into a successful business. Yasser enrolled at university in Istanbul and is now one of the top performers in his year. Mahmoud is building a new carpentry business.

The third element they all share is Dubarah. Dubarah is a network of hundreds of volunteers, themselves refugees or migrants from Syria, who are dedicated to helping new arrivals find a stable and constructive place for themselves in Turkey.

Fadwa, Mahmoud, and Yasser all benefitted from advice and support from students, entrepreneurs, investors, and others in Dubarah's extensive network. Traumatized by their experiences in Syria, disoriented by the unfamiliar environment of Istanbul and struggling with their limited Turkish, it is extremely unlikely that they could have made so much progress, so quickly, without Dubarah.

With its strict "pay it forward" policy, Dubarah now expects the three to help others. Yasser, who at first had to be supported every step of the way with his university enrolment, has now helped 12 other refugees to enrol. He is one of 150 Syrian students who support and advise each other in Istanbul. 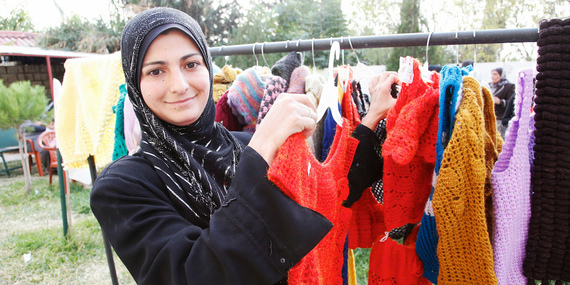 As Turkey becomes an ever more central part of Europe's plan for managing the flow of refugees, Dubarah offers a valuable model for how to respond to the many challenges faced by the arrivals.

The principle at the heart of this model is summarized by the inspiring Afghan social entrepreneur Sakena Yakoobi, who was herself once a refugee. Yakoobi describes her work as "empowering communities to help themselves."

Dubarah lives up to this principle by giving refugees the initial help they need to be the entrepreneurial and resourceful individuals they truly are. Further, the organization treats the wider community of refugees in Turkey as a potent, self-generating source of positive change.

As founder Ahmad Edilbi says, Dubarah can always find solutions to any problem a refugee faces because it has a wide network of such resourceful and experienced people to draw upon, people who have themselves faced exactly the same problems.

Dubarah sees refugees as change-makers, not as victims or as threats. This stands in contrast to the dominant approach across Europe, in which new arrivals are widely portrayed in the media and viewed by governments as nothing more than a giant problem. This has the potential to become a self-fulfilling prophecy, as refugees find themselves shunned and isolated on the fringes of mainstream society, dependent on government support--rather than being constructive, entrepreneurial members of their new communities.

According to Ahmad Edilbi, this mistaken approach is being replicated in Turkey. The government in Ankara funnels money primarily towards aid that addresses the refugees most immediate problems, like food and shelter, rather than finding ways to support initiatives that originate from within refugee communities themselves and that aim to address longer-term challenges.

At its worst, the mind-set which sees new arrivals only as a threat and a burden can lead to human rights abuses and a complete collapse of compassion. Amnesty International claims that this is already the case and that Turkey is using force to return Syrians to their dangerous homeland.

Unless Turkey starts adopting an approach like Dubarah's, the EU refugee deal will be at risk of collapse. Mike Mikonchuk, a social entrepreneur who has worked extensively with young displaced Syrians, points out that closing down the route into Europe through Greece will prove ineffective if refugees feel unable to flourish in Turkey. Refugees will simply find other ways to make it to Germany and other prosperous EU countries.

In short, Turkey and Europe urgently need to learn from Dubarah and other refugee organizations with the same changemaking mind-set. Theirs is the only response that is both humane and sustainable. 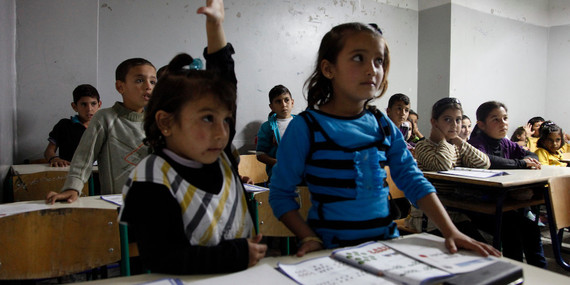 Adam Lent is Ashoka Europe's Director of Research and Innovation. His book Small is Powerful: Why the era of big business, big government and big culture is over was published in June. This article is part of an Ashoka series on empowering refugees.

This article is also part of a series produced in collaboration by the Skoll Foundation and Ashoka, to coincide with the 2016 Skoll World Forum in Oxford, England. Follow the conversation at #SkollWF and #AshokaAtSkoll.