As a rising tide of refugees continue to flee the brutal violence in Syria and Sudan, photographer Brian Sokol, working with the United Nations Refugee Agency, has sought to match faces and stories to the startling statistics.

In a two-part project, titled "The Most Important Thing," Sokol traveled to separate camps housing refugees from Syria and Sudan, and took portraits of the refugees with the most important object they were able to grab before departing. The photos paint a powerful image of the refugees' daily struggle for survival and the harrowing journeys they took -- leaving behind all they knew for the promise of an uncertain future.

In one portrait, Sudanese refugee Omar Garmut poses with a small axe used to build shelters for his family of 18 along their 12-day journey to the border. His family fled when soldiers marched into their village one night and opened fire.

A second photo shows Leila, one of Syria's more than one million refugees, holding a pair of jeans she's proud to have worn only three times. Speaking of the brutal images out of her country that she sees on the TV every day, she says, "Watching the TV makes me remember Syria and what I saw there. It makes me feel sorry and sad in my heart – but I want to keep it on."

According to the U.N. Refugee Agency, a sponsor of the project, refugees from Sudan and South Sudan often carry pots, water containers, and other plainly-visible tools which reveal them as refugees.

Syrians in flight, however, conceal their true purpose "by appearing as though they are out for a family stroll or a Sunday drive as they make their way towards a border." As a result, many Syrians seeking asylum have few -- if any -- major possessions. In some cases, cell phones, keys, bracelets and pieces of paper are all they carry with them.

Donations to the U.N. Refugee Agency can be made on their website. Donations can be made specifically for the U.N.'s efforts for Syrian refugees.

PHOTOS of refugees with their most important possession:

PHOTO GALLERY
PHOTOS: Refugees With Their Most Important Thing

CORRECTION: An earlier version of this article stated that Sokol visited refugees in camps in Syria and South Sudan. This article has been changed to reflect that he visited South Sudan and four countries bordering Syria.

Refugees From Syria, Sudan, Pose With Their Prized Possession In Brian Sokol Project (PHOTOS)
PHOTOS: Refugees With Their Most Important Thing 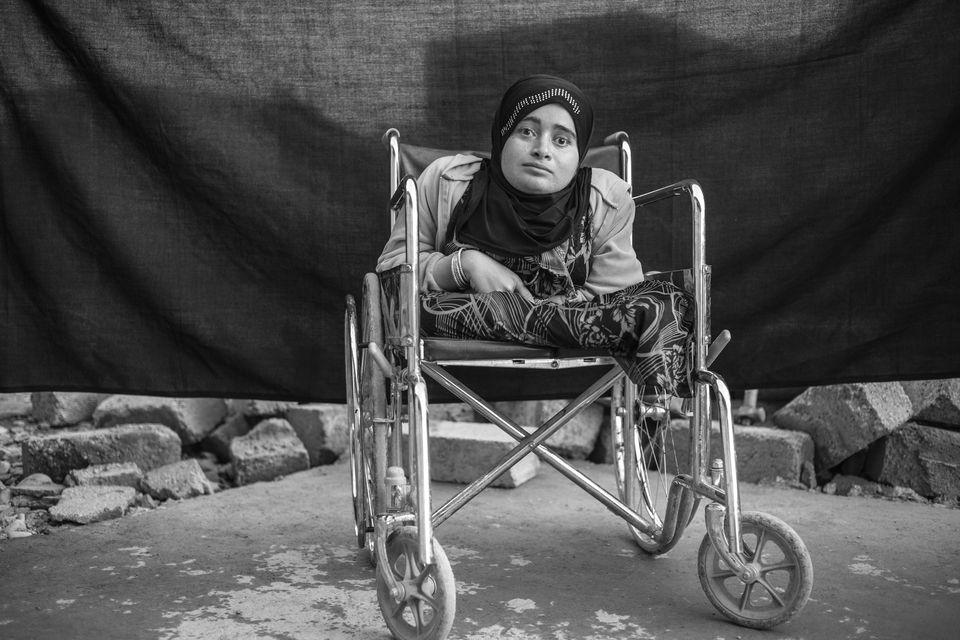 1 / 28
PHOTOS: Refugees With Their Most Important Thing
Alia sits in her wheelchair in Domiz refugee camp, in the Kurdistan Region of Iraq. The 24-year-old was living with her family in Daraa, Syria, when fighting forced them to flee their home. Confined to the wheelchair and blind in both eyes, Alia says she was terrified by what was happening around her. "Men in uniforms came and killed our cow. They fought outside our house and there were many dead soldiers. I cried and cried," she says. Alia says the only important thing that she brought with her "is my soul, nothing more - nothing material." When asked about her wheelchair, she seems surprised, saying she considers it an extension of her body, not an object.
Brian Sokol / UNHCR