It's always easy to tell when tax season arrives because tax preparation advertisements are everywhere. From H&R Block offering customers the chance to win $1000, to Jackson Hewitt promising hundreds of dollars in advance, these advertisements portray tax preparation companies as the key to easy money. However, these same companies deceive millions of families each year out of their refunds with Refund Anticipation Checks. 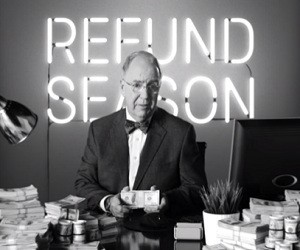 Refund Anticipation Checks (RACs) are temporary bank accounts set up by tax preparers, into which the IRS deposits the tax refund. This allows customers to delay the cost of the tax preparation services and pay it out of their refund. RACs are the newest reincarnation of Refund Anticipation Loans (RALs), which are high-interest loans that act as an advance on a tax refund. Federal banking regulators banned RALs in 2010, but RACs remain unregulated. With the decline of RALs, the use of RACs has exploded, from 12.9 million users in 2009 to 21.6 million users in 2014.

At first glance, the problems with RACs are not easily apparent. Shouldn't Earned Income Tax Credit (EITC) beneficiaries be able to pay their tax preparation services later with their tax refunds? In fact, it is not the structure of RACs, but the hidden fees and deceptive practices that make them dangerous. According to a March 2016 report by the National Consumer Law Center (NCLC), tax preparation services typically charge $25 to $60 to set up a federal RAC. This may not seem like a high price, but as an interest payment on the tax preparation cost, it is usurious. For example, a $35 fee to defer a $350 tax preparation cost for three weeks is equivalent to a 174% interest rate.

And then there are the add-on fees. Both large and small tax preparation services tack on additional charges for "data and document storage," "e-filing," or the ambiguous "technology fee." These costs are so baseless, they are known within the industry as "junk fees" or "revenue generators." The NCLC estimated that RAC users paid a total of $200 million just in add-on fees in 2014.

The burden of RAC fees is mostly borne by low-income taxpayers. According to IRS data, 83 percent of RAC users in 2014 were low-income. Tax preparation companies take advantage of some consumers' inability to pay fees by promoting RACs as products with "no out-of-pocket costs" or "no upfront fees." Mystery shopper studies conducted by the NCLC have found that tax preparers try to convince consumers to use RACs without adequately explaining the process or fees. One tax preparer refused to allow a tester to pay the preparation fees upfront, insisting that the fees be taken from her refund.

Fortunately, less deceptive options exist for low-income taxpayers to receive their refund. Volunteer Income Tax Assistance (VITA) sites provide free tax preparation and filing for people with annual incomes under $53,000, people with disabilities, or people with limited English language skills. Unlike private tax preparation companies, all of the volunteers are IRS-certified, and there is no cost, upfront or otherwise. Unfortunately, the VITA program is chronically underfunded, making it difficult for sites to scale up their efforts and conduct outreach campaigns.

The exponential increase in RACs over the past five years is detrimental to the EITC program and low-income families. The NCLC estimated that RAC fees eroded $424 million from the EITC program in 2014. This constitutes a significant blow to low-income families who rely on the EITC to stay out of poverty. Until IRS regulation of RACs increases, the federal government should increase funding for VITA and promote use of these sites nationwide. Offering an EITC "Early Refund" would also help families with liquidity constraints avoid the need for RACs. These reforms would help make tax season truly "refund season" for low-income families. 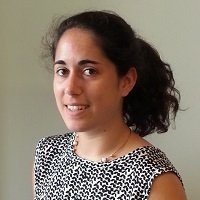 Judith Garber is a second-year Master of Public Policy student at the Heller School for Social Policy and Management at Brandeis University. She has worked at several non-profits dedicated to financial security and asset building.