Ireland Hobert-Hoch may seem an unlikely student protester. She's a straight-A student, "not one to cause problems in school," her mom, Heather Hobert-Hoch, told The Huffington Post.

But when physical education students at Southeast Polk Junior High in Pleasant Hill, Iowa, were having their height and weight recorded about three weeks ago, Ireland refused. She was sent to the principal's office.

"I don't feel like it's [the school's] busines,"Ireland told the Des Moines Register. "I feel like it's my doctor and my mom and my own business -- or maybe not even my own, because I don't need to know that right now."

School principal Mike Daily said Ireland didn't land in his office because she refused to be weighed, but because of how her refusal "was presented to the teacher."

"The issue anytime a student is sent to the office refers more to the situation and how it has escalated -- not necessarily the event at hand," Daily told HuffPost. "I know saying, 'Hey, we've always done this' is not a good explanation," he said, but the measurements are part of a bigger assessment program. "If it gives kids feedback, that helps," he said.

Ireland's class was having height and weight measured to calculate their body mass index as part of the FitnessGram program, according to the Des Moines Register. Daily said the school was doing these measurements when he arrived four years ago.

Daily said the school board will discuss the matter at upcoming meetings, and will decide whether to continue weighing children.

Ireland said her refusal to be weighed in front of the class encouraged other girls to take the same position.

School officials asked Ireland and her mom if they would be more comfortable if Ireland were weighed in a private space. Both said no.

"She doesn't want her weight taken anywhere," Heather Hobert-Hoch said. The family stopped using a scale years ago and Ireland has "been very happy since then," her mom said.

"It's very common among young girls, and even women, to become obsessed with the number on the scale," Heather Hobert-Hoch said. She said she didn't want her daughter to go down that path, especially since she's a healthy, lean girl.

Earlier this year, the FitnessGram program was criticized when one third grader in New York City was given a letter from her school calling her "overweight," because she weighed one pound more than the average for her height and age. The child's mother said the information should have been mailed directly home, instead of being given to students.

"My daughter is thin. She knows she doesn't have a weight problem. But that night, I caught her grabbing the skin near her waist, and she asked me, 'Is this what they were talking about?"' mother Laura Williams told Fox. "It was awful to see."

Student Sent To Principal's Office After Refusing To Be Weighed
Reddit Roundup: "What Happened In Middle School That Still Makes You Cringe?" 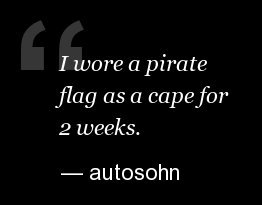