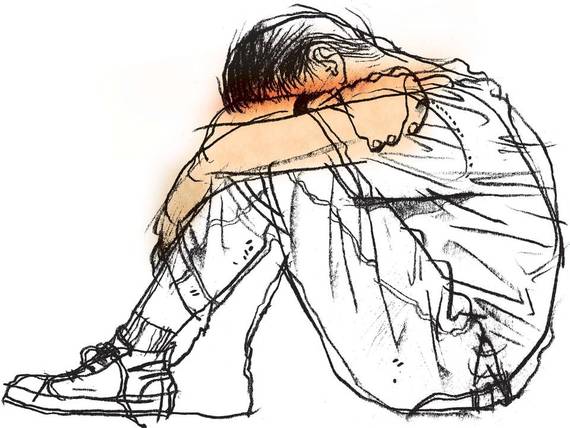 As many as half of those ill with schizophrenia do not receive any treatment, at all (1,2). Yet schizophrenia is a serious and persistent mental illness affecting millions of Americans, and impairing their functioning, diminishing their quality of life and -- if untreated -- contributing to disability, suicide, homelessness and violence.

Schizophrenia was named over 100 years ago; its Greek roots mean "split mind." At the time, the term meant to convey a mind battered by ambivalence and besieged by hallucinations and delusions. For centuries, people with this illness were separated from their families and communities. Many spent their lives in mental hospitals where they were subject to inhumane conditions. Phillipe Pinel, a French psychiatrist, famously let those with this (and other forms of) mental illness out of their chains in Parisian hospitals over 200 years ago.

As I described in a recent Opinion column (A Secret Worth Sharing), considerable attention and money is being invested to identify schizophrenia at its early stages and intervene with a set of treatments that can reduce disability over the lifetime of those affected. But this focus on the beginning of psychotic illness, as critical and welcome as it is, does not help those already ill and their families. Nor does it address the social and financial consequences of an illness that goes unabated as a result of not obtaining effective treatments and social supports.

That was the reason for calling together some 25 scientists, clinicians, researchers, patient and family advocates and government representatives to address the question: What Really Makes a Difference in the Lives of People with Schizophrenia?

With the support of an Ohio philanthropy dedicated to psychiatry, an often unattended area of medical and social philanthropy (the Margaret Clark Morgan Foundation), this invited group was cloistered at a meeting site at the Cold Springs Harbor Lab in Long Island, NY. We were asked to try to answer this fundamental question and offer realistic direction for making a difference (I was a participant at the meeting).

Solving complex problems that have eluded remedy for ages is not for the faint-hearted. It means finding both capable people and the will to refuse to accept the status quo. It means not looking for single or simple answers, since if those existed they would have emerged long ago. It means expecting participants (and those they influence) to rise above their respective disciplines and ideologies to identify what can be done, despite however hard that might be. It might mean a certain degree of professional risk to go where others have not. It means fashioning alliances among diverse groups of professionals and lay groups, including experts in GSD (Getting S__t Done). It means making consumers (people with the illness) and their families central to the problem solving.

Siddhartha Mukherjee's The Emperor of All Maladies (and its recent 3 part PBS documentary rendering) is an extraordinary tale. It is a heartening story of the struggle that underlies both discovery and implementation in science and policy. Yet with all due respect, if cancer is the Emperor, then mental illness may be the Zeus of disorders, the otherworldly power that also comes from within and, generation after generation, can destroy body and soul, because of its great prevalence, variation, profound suffering, mortality (from early death and suicide), family, social and financial burden, and long history of prejudice and discrimination.

After two and a half days of early morning to early evening unbroken discussion about what really matters some consensus emerged. These ideas below reflect my views, not necessarily those of the group:

- First episode psychosis work has taught us that what works is serving people in their natural environments, attending closely to their personal recovery goals, rigorously involving families (whenever possible), helping individuals go/return to work or school, reducing their use of legal and illegal substances, addressing their general healthcare needs, and the prudent use of medications (not too many or too much). We need to find ways to take those principles of good practice and apply them in the care of people with schizophrenia throughout their lifetime, regardless of their background or location.

- Measurement-based care, the use of clear and understandable (to the person affected) measures of illness and functioning needs to become a standard for psychiatric practice. In general medicine we routinely measure blood pressure, HgA1c, lipids, the size and shape of tumors, cardiac artery flow, etc. That same standard of care must be applied to mental health and addiction conditions. While the field does not yet have blood or imaging tests worthy of prime time, it has many self- and clinician reports that are highly valid and reliable. How else will we turn impressions about whether care is working into actual, quantitative measures by which to judge improvement?

- Make technology our friend. The growing shortages of mental health professional staff, especially psychiatrists, and reaching people in rural areas insists that we use technology. And not just telepsychiatry but wearable and portable devices by which people are aided to manage their conditions and follow treatments (e.g., reminders, scripts for handling triggers, cues that they are beginning to relapse, personalized graphs and messages that chart progress and instill hope).

- Grow the use of what are called "peer" services, namely people with illness well into their recovery who are trained to help others with similar illnesses. Peer services are critical in engaging and retaining people with schizophrenia in care; if they don't show up, and don't follow their recovery plan they are not apt to get better.

- Combine treatments (and deliver them in a continuous manner). Use treatments with good proof (evidence) but allow for innovation. Skill building in social and work areas, combined with cognitive techniques to manage paranoia, combined with medications, combined with family education and support, combined with outreach to help people stay engaged are more effective than any one approach alone. The fields of infectious disease and cancer have learned that combined treatments work better, particularly when they are tailored to the person's unique circumstances and preferences. Mental health (and addiction services) need to make that approach universal, not accidental. Let's find out more by trying, and learning, not by waiting and making excuses.

- Find and recruit people, centers, groups who will pursue implementation way beyond being "champions." The degree of difficulty and vested interests in the status quo calls for (reasonable) zealots to succeed.

- Insist on goals for patients, families and clinicians. Develop goals with those whose lives are at stake, namely patients and families. Humans have a great tendency to do what is needed to get what they want, so let's capitalize on that.

Providing (and sustaining) hope and believing in human resilience underlay all these approaches. Unless caregivers believe that a life can be lived with illness -- and one with dignity, relationships and contribution -- then the battle is lost from the start. But hope, insistence, persistence, and doing more of what we know works are the embers to fan if we are to make a difference in the lives of people with schizophrenia.

More:
healthy livingStronger Together
Newsletter Sign Up
The essential guide to taking care of your mind and body
Subscribe to HuffPost’s wellness email
Successfully Subscribed!
Wellness delivered to your inbox