Harper's Bazaar is making sense. If you've got to take on the task of nailing down the elusive quarry that is Judith Regan, the only person up to the task is Judith Regan. The resulting article careens wildly. Vulnerability one moment, a keen lack of self-awareness the next. Grandiose here, retreating and humble there. The big dumb punchline that she projects at the outset — which finds her in a Chinatown karoake bar, singing 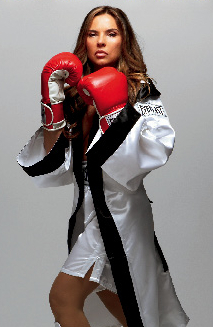 "My Way" — you know...at long last conquering her fear of being the center of attention, is offset by the weird, disconcerting punchline she saves until the end: "I want my life to get smaller, not bigger."

Of course! And what better way to simplify your life than to file a massive lawsuit that places you at the center of presidential politics and Rupert Murdoch's media empire? (A line stands out, by the way: "'Did you murder someone?' a friend texted from Shanghai. 'Come to China. You're not safe in America.'" China? How afraid of Murdoch could she possibly be?)

Bazaar, by the way, is all about you getting this. Hence the photography, showing Regan in boxing regalia. "I am just a poor girl," it says, "Though my story's seldom told. I have squandered my resistance on a pocketful of mumbles, such are promises." Ultimately, though, that's a little too small. The Saint Sebastian pose, then. And Regan complains that "People lost all perspective?" 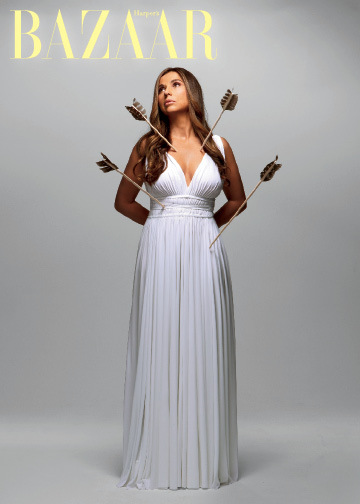 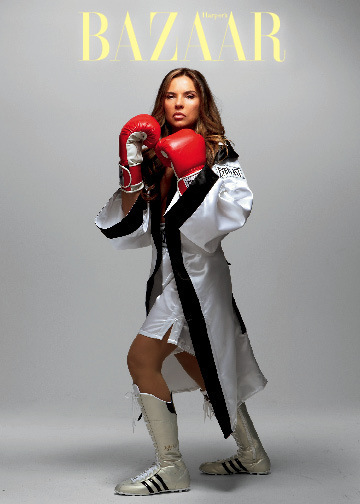