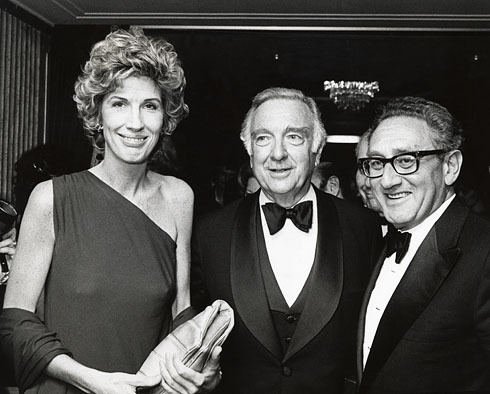 Traditionally, Secretaries of State receive a personal protection detail from the State Department's Diplomatic Security Service (DSS). However, Henry Kissinger eschewed the DS detail in favor of the Secret Service protection he had as the National Security Advisor at the White House. His wife Nancy, a brilliant and glamorous New York aristocrat who spent years as a top aide to future Vice President Nelson Rockefeller, on the other hand, was very appreciative of the work and professionalism exhibited by her DSS agents and they were quite fond of her as well.

Bruce Tully, interviewed by Charles Stuart Kennedy beginning in July 2015, was one of the DSS agents assigned to Nancy Kissinger's personal security detail. He offers a rare insider's look into their lives, discusses what it was like protecting her in the U.S. and abroad, as well as dealing with her sometimes cantankerous husband.

One of the first things you want to know when you're assigned to any protective detail or embassy is what the threat profile is. What do we have to worry about?

At that time there was a pretty big threat on Henry himself by the Palestinians, Middle East, European threats...the Red Army faction....And domestically remember that President Ford was in office and we already had two assassination attempts by women, a new threat identification, one actually firing a shot. And one coming all too close with a .45.

I was promptly briefed that the biggest threat we faced for Nancy was a kidnapping threat. Whether credible or not, that's what they believed. Protective intelligence said it was a way to get Henry -- not to kill her, but to kidnap her. And that's a very, very unique set of skills to protect a person from kidnapping. If you want to protect a person from assassination, that in itself is difficult because the bad guy has to do something to get through your perimeter of security -- could be a sniper, whatever else.

But as paradoxical as this may seem, threat of assassination is less of a threat for the Special Agent than it is for the protectee. If you want to do a kidnap, you have to kill me to get to her. And that's what you have to remember. You can't take her unless you kill me and we're dedicated to protect that person.

So our heightened awareness was always there, either from real imagined or otherwise, people on the street, because of her status. So having said that, we were very protective of her....This is natural. When you get into this line of work, you do assume a very protective mental state for the person. Now, even though you're protecting a public figure, it is still a person and you can have an affinity for the person. And I liked Nancy Kissinger.... "My bullet pouch unsnapped and six .357 Magnum bullets fell all over the floor and now everyone's looking"

One trip I went where I meet Marlene Eagleburger -- they traveled together -- was to South Africa. We traveled to Kenya and then South Africa. And that was a very exciting trip for me because I was now the daytime shift leader with a full shift of agents and you're there to protect Nancy, and of course Mrs. Eagleburger too. I had met Larry Eagleburger at that time, who I guess was the Under Secretary for Management [later Deputy Secretary and then briefly Secretary of State]. And he was Henry's right-hand man. Nancy would go to him for everything.

Mrs. Eagleburger was very protective of Nancy Kissinger, which I appreciated. So we made sure everything worked right. But we went separate of the Secretary, which frankly I liked because now we were on our own. We were away from that circus with the Secretary and the Secret Service and the press. We were operating our own.

Each country we went to gave us pretty good support. I remember when we landed in Nairobi we had a RON there and then we took a private aircraft, a King Air to a safari lodge called Kikar Lodge, which was out in the fields and it was a tremendous experience.

But also now you're all by yourself, out here with the Masai warriors and Nancy Kissinger, and it's wild. I mean, it's going to sound funny, but there's lions, tigers, zebras, elephants, wild boar, and it's pretty wild then. And while there wasn't a terrorist incident to worry about then, there were criminals, poachers, and the wild. And I remember in particular I was at this lodge and Nancy and Mrs. Eagleburger went to the pool. And this agent goes too.

Now, here you are, you're armed to the teeth. And I've got my S&W [Smith and Wesson] model 19 .357 Magnum with extra bullets right here in your dump belt pouch. If needed, you'd dump the shells into your hand and load. I was wearing one of these safari hats that I bought in a hotel, and you look like something right out of the movies.

And I'm wearing a safari jacket over everything, because you've got your radio and your gun. We were short manpower as usual, so it's just me at the pool trying to blend in with everybody in their bathing suits and giving Mrs. Kissinger and Mrs. Eagleburger some space.

As you might imagine, Mrs. Kissinger looks around and she needs something, she calls, "Oh Mr. Tully, could you come here a moment?" And of course, I'm sitting in a chair like this and I'm trying to get up and be very discreet.

As I start to get up, my bullet pouch unsnapped and what that means is six .357 Magnum bullets fell all over the floor and now everyone's looking. Now, that may not seem like a big deal to you, but it's a big deal to me.

As I'm starting to go to see Mrs. Kissinger, I'm picking up the bullets, trying to put them in my pocket and I walk up to Mrs. Kissinger with the hat and the whole bit with the zebra skin around it, and she looks and she says to Mrs. Eagleburger, "See? I told you. Mr. Tully looks just like Stuart Granger," which was a movie star in one of these big African movies. And I'm starting to blush now.

Then she said, "Well, Mr. Tully, we're going to dinner," and off we went. So you had those little moments like that where you're trying to be very good and professional, and she's there.

The trips were great because she was very gracious and very good to work with and we looked after her. We are also there not just to protect the person but to protect her from embarrassment as well and because she could be ill. We wanted to make sure she was always all right. She would look to us if she was feeling ill or a problem.

In a motorcade or a very big occasion, at a state dinner or a palace, whatever, we would have to get up and move -- taking her- not pick her up literally but be there and escort her out back to her room, wherever, to take care of her. We became very, very protective of her. And you wanted to do it. She was very gracious about it.

""Because I thought you were CIA. And if you were, I was going to kill you.""

We had a very interesting situation with the South Africans. We flew into Pretoria and Johannesburg and then Cape Town. And they gave us their own [Lockheed] JetStar aircraft to fly Mrs. Kissinger to Cape Town.

Our advance agent, Mike Woods, was also on the plane with the South African BOSS agent, Bureau of State Security. We're on the JetStar and Nancy Kissinger's up in the front and the agents and staff are in the back, and it's very plush. And this situation is something we never considered before. 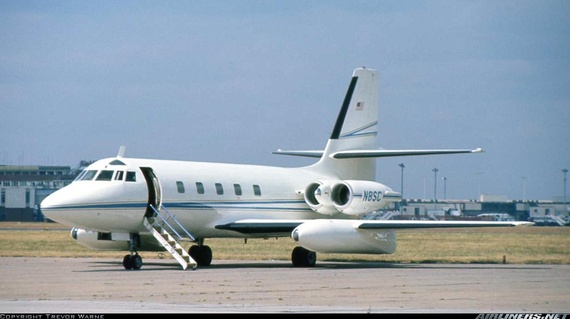 As I'm on the JetStar, and it's about a two, three-hour flight, I kind of remember going from upper South Africa to Cape Town. And I remember the BOSS agent, the Bureau of State Security agent, being rather officious and not very friendly, a little gruff. And you just let it go, it's the way it's going to be. We knew they were efficient but because there was apartheid and all types of other problems they were very tough and they could be very vicious....

No matter where I went on this trip, the BOSS agent would always kind of look at me very oddly. And you just kind of blow that off, because you're doing your job, and it was a good trip. And there was very good security in South Africa.

We put Mrs. Kissinger and the Secretary on their plane,...a SAM aircraft, Special Air Missions U.S. Air Force, to go home on. And then we were about to go back to the States by ourselves on Pan Am. But that night, as typically you would do, there used to be something that the embassy or the consulates would throw, because you had embassy support, called the Wheels-Up Party. So a Wheels-Up Party is where everyone gets together, they let their hair down, have a drink, relax, have something to eat and celebrate a successful trip.

We invited [the BOSS agents] and they came. And they got to know us. And I said to the guy, "You know, I'm just very curious, why were you so gruff? You've got to know me. And why this kind of behavior?"

And without missing a beat -- and he had had, by the way, more than a couple of drinks, and in agent-speak, a few cans of loud mouth -- he said, "Because I thought you were CIA. And if you were, I was going to kill you."

And then comes the very difficult time on Inauguration Day when you're going to say goodbye to your protectee and move on to a new one. And that was a whole new thing because we were now assuming protection of the new Secretary of State, Cyrus Vance, within minutes.

I was on the last day shift of the last day with another agent and I got a phone call at noon when the new President was sworn in from my detail leader. He says, "OK, drop the detail, just leave."

I said, "What do you mean, drop the detail?"

So what I did was I hung up on him and I picked up the house phone and then I went upstairs. I said, "Mrs. Kissinger, it's been a pleasure, but we've been ordered to go."

And you could see she was a little unhappy.