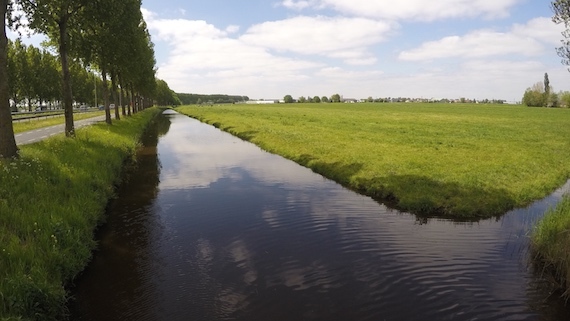 As a shrinking World teeters on the cusp of political and environmental instability, impossible is it now for anyone to consider a planet of boundless growth. Earth will remain a finite resource of no unclaimed terra, nor further exploration into a great unknown. Equally important to this realization is the fact that there's no far reaching "never-never" land to continue to exploit nor buffer the impact of our exploding waste stream. Effectively, since empowered to enact freewill on our surrounding, and the correlated adoption of hubris in believing we have control of the systems that contain us - mankind has been a terrible shepherd. It's becoming evidently clear to those in susceptible areas who've been forced to pay attention, and soon for all of us sharing the same interconnected environment, we must do better living within the rules set forth by regenerative systems. If we do not heed the warnings and act proactively, we'll fall victim to a required recognition that depleting finite resources of planetary boundaries will be expensive if not catastrophic in recovery.

For the most fundamental human needs of food & water - the additional costs of mining sea & soil without replenishing systems needed for self-sustaining nutrient cycling in all trophic levels has created a perpetual and non regenerative waste-stream. After decades of soil misappropriation, nearly one third of all quality topsoil has been eroded from the U.S. farm belt. With no soil tilth (structure), as found with proper verve of ecology, more than 80% of these expensive synthetic chemical nutrients (water soluble salts) flow right past the plant roots, draining wallets and stressing water quality to environment of a different axis. With no scope nor expectation of repayment of these taxes, we've externalized the "true costs" of cheap food & water that will incrementally lessen the vitality of the whole system the longer we maintain an addiction.

Truth is, by not accounting for the true costs of externalities in the staples we've grown accustom - food, water & energy - we're bending the resilience of the ecological & planetary boundaries keeping the whole system afloat. As a universal truth in rectifying these impacts - consumers must become more immersed in the facts. With greatest potential to be most intimate to us all, the provenance of food is a most logical place to begin. The affect of what actually reaches your dinner table is far greater than just the resulting personal gain or satisfaction. Modern production does not account for waste, environmental impact nor ecological footprint of conventional agriculture's role in nearly half of all forest loss - that's our actuality, but not accountability! We've flattened a circular process into a frozen rope, and our abundance of resources had yet to force concern. But, increasingly costly with health, wellbeing, stability and monetary expense the longer we wait - we'll soon be forced to embrace change.

Most in the know will tell you that water will be the conduit of change. Either dealing with sea level rise & storm damage flooding; or a lack of rain in conjunction groundwater exhaustion where deep water aquifer tapping should have us gravely concerned. The potential monetary expense of sea damage in big coastal cities; or loss of stable food security from production mainstays like California and our mid-western breadbasket so reliant on an unsustainable practice of gulping the Ogallala - water (sea & fresh) will drive change quickest. Haunting is the realization of flooded East coast cities or a sequel to the Dust Bowl affecting most susceptible areas with the greatest impact on population densities.

Water may be what expedites change, but the silent killer will surely be our commitment to linear methods decimating the lifeline of biodiversity in macro & ecological microbial life. This broad spectrum biodiversity loss on global scale is mostly unaccounted for at this point. The reality, we're losing the micro-labor force doing the hard work producing most of the food and cleaning the environment. A great deal of this destruction in self-inflicted in our choice of only 5 animal species and 12 plants accounting for 75% of all global foodstuff. Further proving itself an exhaustible resource with unforeseen but guaranteed consequence, our stressing regenerative ecological systems by poorly managing natural resources is just bad business. Moreover, and as a call-to-arms for us all, it just lacks commonsense and teems with flat-out hubris to think our amassing species can continue to thrive without playing by the rules of the systems surrounding.

I believe that collectively it's the opportunities in the free-market to deal with concerns of climate, water and biodiversity in a most pragmatic way to drive change. As the basis for future global economies, adopting best practice with new innovation supporting these circular economies of regenerative natural resources is the requirement & potential of future generations.