Regine Stokke was still a teen when she was diagnosed with a uncommon -- and severe -- form of Leukemia. The blog she kept about her experiences coming to terms with the reality of a death at a young age became the basis for her book, which garnered a massive following in her native Norway. The book shares her most intimate struggles and her beautiful photographs with the world.

In the following excerpt from "Regine's Book: A Teen Girl's Last Words," published last month, Regine opens up about her diagnosis and struggle with multiple invasive treatments -- and how hard it was to hear her friends talk about the future. Read a selection from her book below and pick up a copy of your own to read her full story.

On Being Diagnosed With A Serious Disease
Tuesday, November 4, 2008

Disclaimer: I’ve decided to start a blog about what it’s like to get a life-threatening disease. Some of the content will therefore be too heavy for some people.

I had just come home from school and didn’t have a care in the world. Then mom walked in, and right away I realized something was wrong. She had tears in her eyes. The doctor had called, and they suspected leukemia. I had to go to the hospital as soon as possible for a bone marrow biopsy.

Right away I felt like my life had been shattered. I was crying my eyes out. I had a million conflicting emotions, but more than anything else, I was scared.

At the hospital, they started right away with the tests. The biopsy wasn’t pleasant at all -- I was shocked at how painful it was. And then I had to wait three hours for the results. I sat around at the hospital with mom and dad until the doctor came in. We were nervous and scared. He had tears in his eyes: I had leukemia, more specifically AML (acute myelogenous leukemia). I could feel the fear spreading all through my body when he said that. Cancer. The whole family was crushed. I couldn’t stop asking myself: is this a death sentence?

Our life was turned upside down in the course of a few minutes. Life isn’t a given anymore (and that thought makes my head spin). It seems like I’m losing my grip on reality, like the world is slipping away from me, and it’s driving me crazy.

Everyone tells me I’ll get better, but I’m having a hard time believing them. I’m just so afraid of dying. What if I don’t make it? What if I die…? I’m scared of death. I have so much planned for the future. No one should die when they’re 17.

In The Silence You Learn To Sing
Friday, February 6, 2009

The latest update is that they finally moved me to the patient hotel! I’ve been here since Monday. Have taken daily blood tests and they’ve been totally fine, so now I don’t have to go back to the hospital until Monday. So it’s true: I’ve been released! It feels so good to be able to say that: I’ve been released. Feels strange. Fingers crossed that I get to stay here.

I’m going to have a bone marrow biopsy on Monday. It’s always hard to wait for results. I hate bone marrow biopsies, not just because they hurt so much, but also because the results really scare me. Well, no matter what, I guess you can’t really avoid reality.

There’s not much to do during the day. It’s freezing outside, so I don’t take walks. And if I leave my room, I still need the facemask. So today I just walked up and down the stairs for a bit instead, which is still a major workout since I’m so out of shape. It totally exhausts me. Mom is in town shopping, so maybe she’ll get something for me today, too? She was in town yesterday and brought me back a bunch of clothes. So now I’ll have a lot to wear when I get home.

It’s difficult for me to see a future for myself after all the bad news I’ve had. It’s really difficult to sit and listen to friends talk about their future, what they want to do, etc. I never get included in those discussions. I don’t enjoy talking about it, either. It’s a sensitive subject.

I know there’s a possibility of getting well, but it’s just so difficult to believe that. A relapse after a bone marrow transplant is usually the end for most people. But then you have some who survive. It depends on whether you have good luck or bad luck, and I’ve always had bad luck. First I learned I had blood cancer, but that wasn’t all -- it had to be a totally unusual and rare type that was difficult to cure. They say one misfortune rarely comes alone. I’ve been through tough cycles of chemo that have almost killed me. Three times I’ve suffered near-fatal blood poisoning. And once I had such a serious lung infection that I ended up on a respirator, and my parents were told to take one hour at a time. But I got through all of it. Having to “learn” to walk again is no easy task, and I underwent a bone marrow transplant, too.

Today’s drive to the hospital was really hard for me, because we had to drive past my old school to get there, and today was the first day of school. I saw young students everywhere. I was supposed to start school today. That was the plan anyway -- before the relapse. Damn it, it’s so unfair. Many people with cancer say they eventually stop thinking about how unjust it is that cancer struck them specifically, but I never stop thinking that. I wish someone other that me had gotten this cancer instead. An egotistical, but also very human thought. Who can really blame me for that?

The last few days have gone well. I received some blood on Monday, and my condition improved a bit after that. The cycle has just gotten underway and I haven’t noticed many effects from it yet.

When I got up today, I was just as worn out and exhausted as ever (and didn’t show many signs of improving, either). But I had to do something, I thought. I can’t just wither away in here on the sofa. After all, I’d decided to exercise more to try to build up my strength. So even though I was weak and tired, I got myself dressed and went outside. I walked up the neighborhood hill and then back down again, and after that I walked a little behind the house, in the forest. When I got home, I was completely exhausted -- but I was smiling anyway, because I’d done it.

This wouldn’t be exercise for you healthy people, but for me it is, and it really helps. I feel much better afterward. I took a bath and fixed myself up and rested. I haven’t put on nice clothes and makeup in about a month. It felt good. I felt more upbeat. It’s been a good day. Finally. 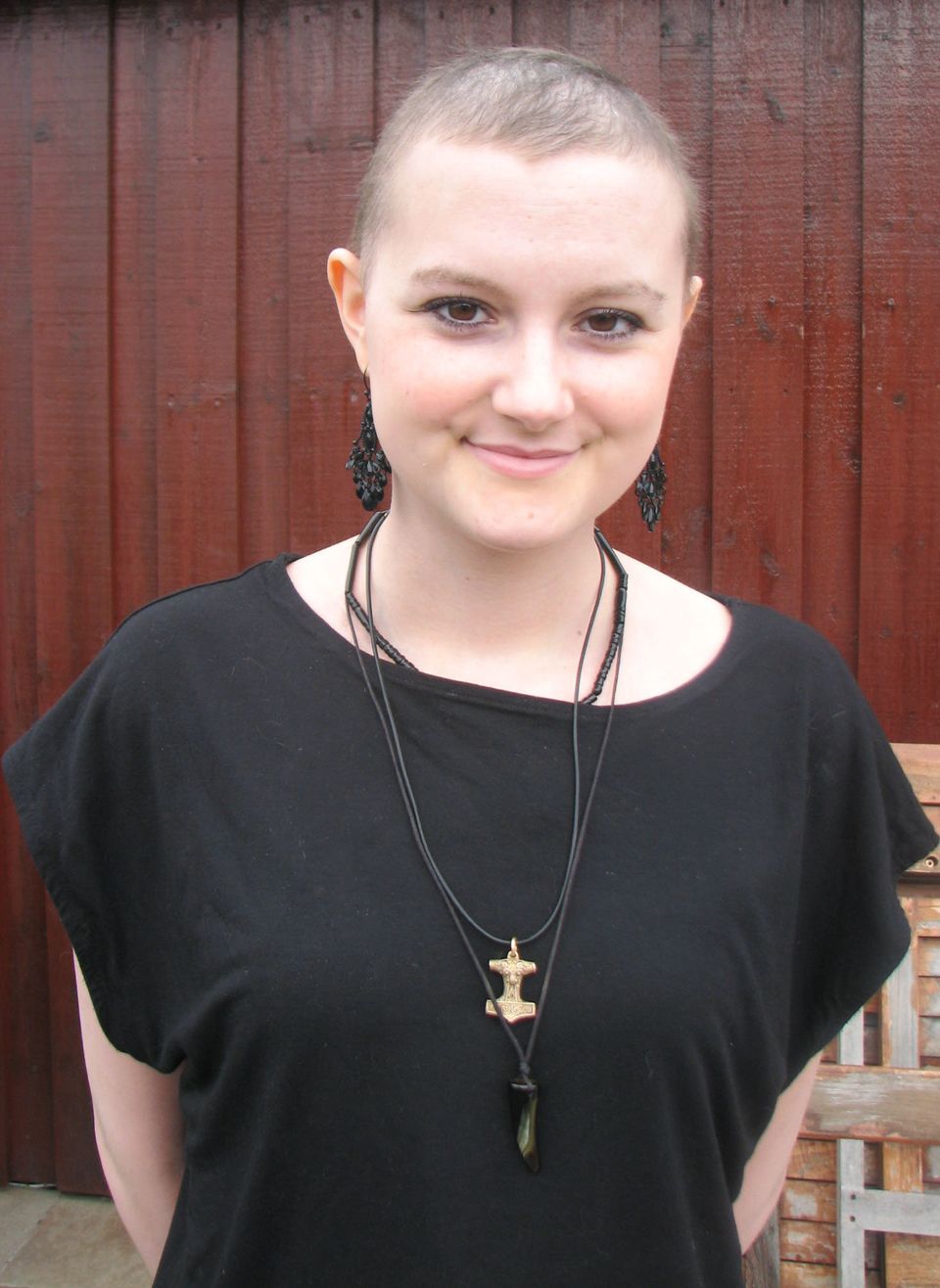