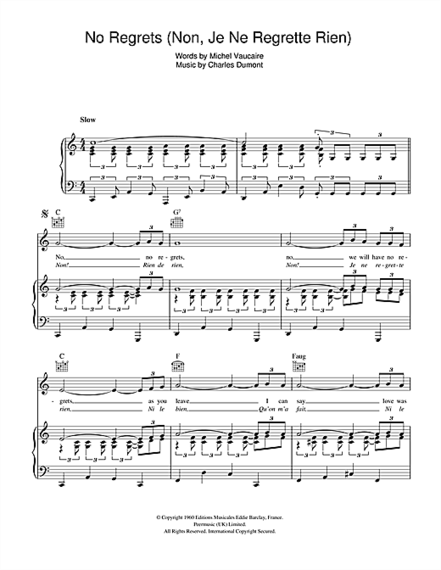 Regret for what we have or have not done can be tormenting. Everyone has regrets of one kind or another resulting from what we perceive as having made the wrong decision when confronted with a choice.

Sometimes we enter into a decision consciously, taking full responsibility for our actions; at other times, we do so with avoidance, denial, and in extreme cases, obliviousness.

Mr. Y., for example, became disabled with crippling arthritis and emphysema. As he looked back at his past, he realized that he had ignored his bodily symptoms that resulted from years of alcohol use and smoking. Vaguely cognizant of his choices, he continued to indulge in these habits until he ruined his health.

Rather than perpetuate regret, we may examine ways to stave off further regrets. In the course of psychotherapy, Ms. U. decided that she didn't want to stay married.

"I only hope I don't regret my decision in the future," she said.

By examining the situation from many angles, she stands a better chance of understanding the implications of her choice.

Some people manage to avoid regret by recognizing their failure to follow their "bliss"-- innermost desires and goals. When Ms. O. reached the age of 50, she realized that if she didn't modify her life soon, she wouldn't be able to fulfill her dream to become a journalist.

Changes in health can also be a catalyst for change and heading off regret. When the writer Katherine Russell Rich was diagnosed with cancer, she left her magazine job to devote full-time to writing her own books. (for further details, please also refer to my blog of April 13, 2012, How Now Courage).

Approaching regret from a cognitive point of view, reframing our thoughts from the past to the future, and asking, "What's next?" can also help to process regrets.

Those who dwell in regret may suffer from imagining that they would have been better if only they had zigged instead of zagged. Mr. A., a poet nearing the end of his life, regretted that he sacrificed his personal life to devote fulltime to his art. He was relieved when he realized that no one knows whether an alternative would have been more gratifying to him. There are simply no controls in the experiment of life.

Distinguishing between productive and nonproductive regrets can also be useful.

Regretting what we didn't do in the past serves little purpose. "Water under the bridge," the cliché opines. But to regret harming another person in the past may help us modify future behavior. Take for example, a parent who immediately responds to diverse situations with anger. By reflecting, he recognizes the need to replace his typical reaction with an attempt to understand his child's actions.

Conclusion: Everyone has regrets. As Edith Piaf expressed in the popular song, Je Ne Regrette Rien (I Don't Regret Anything), rather than tormenting ourselves, the goal is to learn from our regrets and relinquish them before they impact negatively on the present.