In the history of costume, the wedding dress not only has a history all its own, but it has taken on a kind of "rock star" status. These favored garments--often carefully preserved as a family heirloom, sometimes passed down from generation to generation along with mementoes of the bride and her wedding day--have also been the subject of glossy, image-filled books, scholarly studies and museum exhibitions, extending their rather noble bearing.

There was one bridal gown of note, however, worn by a celebrated heiress in the 1920s, that has been lost. In fact, out of all of this bride's couture-designed regalia, only her satin wedding pumps--now aged to a creamy patina and still trimmed with sprigs of fabric orange blossoms--remain.

Cornelia Stuyvesant Vanderbilt, the only child of George and Edith Vanderbilt, married the Honorable John Amherst Cecil in 1924 on her family's magnificent Biltmore Estate in the Blue Ridge Mountains of Asheville, North Carolina. Reviewing the photographs and newspaper clippings from the family archives, Cornelia's gown was the stylish "tabard" fashion of the 1920s. The silk slipper-satin, long-sleeve sheath with lace tunic bridal confection was created by society designers Farquharson and Wheelock--two Scottish sisters in demand for their court presentation gowns as well--with ateliers in New York and Washington, D. C., where, it seems, Cornelia also purchased items for her trousseau.

However, Cornelia moved away from her North Carolina home in the 1930s and it's unclear what happened to many of her personal items, including her wedding gown. So a few years ago, with a future exhibition in mind, the Biltmore Company commissioned Cosprop, Ltd. London--recently of Downton Abbey fame--to recreate Cornelia's lace and silk wedding ensemble. (Legendary costumier John Bright, designer for many of those wonderful Merchant Ivory period films in the 1980s and '90s, founded the renowned costume house in 1965.)

I was especially intrigued by this "reimagining" project because designers in my former bridal art-to-wear shop in Atlanta, Georgia, were known for creating one-of-a-kind gowns using vintage laces and new silks embellished with antique trims and loving attention. ("Elegant recycling" is how one of my designers described the process!) They relied on found pieces of original materials: beadwork, laces, embroidery and remnants from beautiful old gowns that often became the starting point for a new dress, adding a richness and gravitas that only "something old" could do. (Now, as a guest speaker, one of my "costume talks" features how Downton Abbey's designers custom made 1920s-era wedding dresses for the Crawley sisters in this same creative way.)

According to Leslie Klingner, Curator of Interpretation at Biltmore, the design project to recreate Cornelia Vanderbilt Cecil's bridal gown and accessories--guided by John Bright and his "very sophisticated eye, a deep knowledge of period fashion, and a tremendously talented team" of tailors, dyers and seamstresses at Cosprop--"couldn't have been in better hands!" Depending only on those archival photographs and newspaper accounts with descriptions of Cornelia's dress (details of her wedding had filled society columns worldwide), plus a little detective work securing her height from an old passport and her measurements from a ball costume in the Biltmore collection, this transatlantic "reimagining" project was on!

The lace of Cornelia's original gown, with its distinctive open floral pattern, appears to be an exquisite Duchesse--a type of Brussels lace first created in the mid-19th century that remained popular in the 1920s. But fine lace yardage from that era is rare, so Cosprop cleverly repurposed an antique lace shawl and, although the pattern varied from the original, the proportions seemed perfect.

After a year of planning, conference calls, lace and fabric samples going back and forth between London and Asheville--plus seven weeks of cutting and sewing by a Cosprop team of five--Cornelia's dress and veil were, indeed, beautifully reimagined! The finished costume is on exhibition in the intimate space of Legacy museum on the Biltmore Estate for an extended period.

I've visited the exhibit several times and find that Cornelia's recreated bridal ensemble, like other wedding gowns on display in museums around the world, seems to inspire the imagination of former brides in an especially tender way, perhaps remembering a certain "goddess vibe" when once wearing their own version of such a feminine bit of magic! And whether their gowns were carefully stored away, even worn again and again by hopeful generations, or, like Cornelia's, lost to the memories of the past, their beauty and spirit live to enchant us still.

[Photos courtesy of The Biltmore Company] 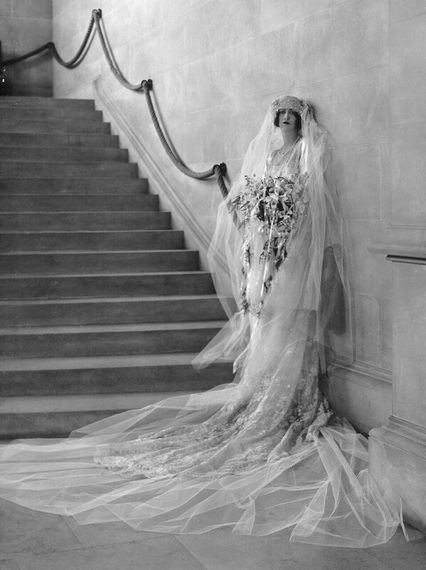 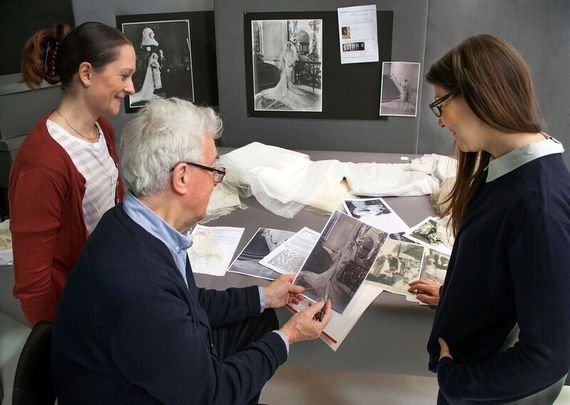 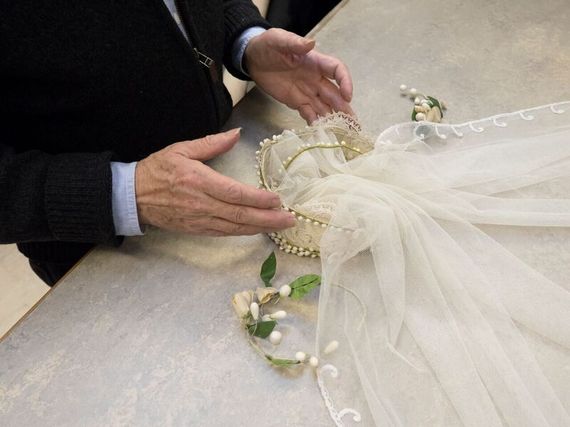