I mentioned to a friend in Santa Cruz that I had the opportunity to tag along for the cherry harvest in the San Joaquin Valley last week. "Yeah," he said. "We are going to have to take a bite out of big ag in California if we're going to solve water."

It's a common comment along California's Highway 101 corridor, where the Democrat liberal thinkers live a world apart from the Republican conservatives along Highway 5.

It's painful to hear that while we are being told to take shorter showers, letting our lawns go brown and leaving our cars dirty, our households account for less than 10 percent of the State's water consumption while agriculture soaks up 60-80 percent, depending on which chart you are looking at.

But I grew up in Santa Clara, the daughter of a San Jose State professor, just before the tech boom hit. We spent our childhood in cherry and prune orchards. My brothers had jobs pitting apricots in what is Silicon Valley today. I've had my feet in both worlds.

The truth is both sides of the State are baffling over what to do next as we eye our dwindling water supplies and our nearly non-existent snowpack. We've all been through droughts and come out the other side, breathed a sigh of relief, and turned our hoses back on. This one has a new factor, an uncertainty over whether this is a California drought with a limited life, or climate change and a look at the new facts of life in California.

Either way, it is serious enough that both sides are going to have to come to the table. And the first step is probably going to be getting some facts straight.

Very roughly, about half of California's water is never consumed. It stays in the rivers, streams and reservoirs, in protected habitats, etc. Of the water taken out, again very roughly, urbanites use about 10 percent and agriculture 60-80 percent.

But here's something to think about. When water is used to water crops, what isn't used by the plant (about 60 percent) goes back into the ground. Your shower water, dishwater and toilet water go out your pipes to your local sewage treatment plant. In California, about 13 percent of that gets recycled. The rest is dumped, most often into the ocean.

The water used by the plant? What do you think makes that peach so moist? And that peach ends up consumed by... you.

Yes, an increasing number of our crops are being shipped overseas. As long as fuel is cheap enough to make it viable to fly walnuts to China, globalization is a fact of life.

And a fair percentage of the money from the sales is coming back into the region.

During the cherry harvest alone, which is one of the smaller harvests, the five major packing sheds, where the fruit is sorted, washed and boxed, generate about 10,000 jobs. And that's not counting the pickers, the managers in the field, the drivers, etc.

Sure they're not writing code or creating entertainment. But they're supporting families in half our state.

2. Talking about squeezing corporate farming won't get us anywhere.

According to the USDA, more than 97 percent of the farms in the U.S. are family farms.

Yes, there are corporations that own thousands and even tens of thousands of acres of farmlands in California. And there are corporations that own five acres. Among the growers I visited during the cherry harvest, there are individuals who own tens of thousands of acres of more than one crop and individuals who own less than half an acre of cherries only. Whether they are incorporated and who their shareholders are makes no difference in how they use their water. Growing practices are across regions.

If you prefer to buy your produce from a family over a corporation, that's one thing. But when it comes to the drought, the only conversation that makes sense right now is the conversation about water rights and efficiency.

3. If you don't understand water rights, don't shake your finger at a farmer.

If you want to talk about agriculture and water, know the difference between riparian water rights, and junior and senior appropriative rights.

Riparian water rights are the rights to use water that flows through your land or water that's source is adjacent to your property. If you have a creek on your property, or if your property is on a riverbank, you have the right to divert the water from that creek to water your crops, wash your dishes, or for any other use deemed "beneficial."

These rights are older than our State. They have their origins in English common law and were already in force in the Eastern US when California achieved Statehood. They are bought and sold with the land and in some cases have more value than the land itself. In a region where "Gold is worth fighting for, water is worth dying for," it will take much more than a drought to change them.

Come the Gold Rush, miners and settlers built flumes and waterways to bring water where it was needed. They appropriated it. Their rights to do so, now called appropriative rights, were essentially established by calling dibs. If you posted a notice that you were appropriating the rights to this water, much like staking a gold claim, your right was recognized.

These rights have also been bought and sold with land and are in some cases more valuable than the land itself.

Why is this important? You can think it's a good idea to tell a farmer with pre-1914 appropriative rights that the State of California is going to take away or restrict his rights. But you're going to have to amend California's constitution to change it. And while you're at it, legally you are going to have to tell San Francisco the same thing.

4. There is another conversation that has nothing to do with this fight.

We're spoiled. Our farmers are spoiled, and so are we. Even with the occasional drought, we know the water will come back. We know it is will always be there, and we have the lawns, the golf courses, the swimming pools to prove it.

California cities consume 40 percent more than the per capita water consumption in New York City, and more than double that of Sydney, Australia.

Only we don't know that now. Even if it does, our failure to change our thinking is taking its toll in other forms. And there is good reason to be prepared for worse.

But Californians are also smart. We practically have the patent on innovation and creativity. Our technology sector has imported many of the brightest minds from across the planet. Certainly we can apply some of that bright thinking to our farms.

Once our farmers flooded their fields. Today they have largely moved on to sprinklers and are now increasingly on drip irrigation or micro irrigation systems, which not only save water but cut down on disease, weeds and soil erosion. Water reuse holds potential for urban communities and may find application to some agricultural communities. These can be improved upon.

Others have been dealing with the problem for longer than we have and we can learn from them. Australians have developed technologies to irrigate with brackish water among other innovations.

What could end up getting particularly interesting is when the social entrepreneurs get to work on the problem. Ashoka is already a force driving innovative thought on the issue .

We need our farmers, large and small. Their concerns over water are in many ways larger than ours as "city dwellers." We run the risk of having to let our lawns go permanently brown. They run the risk of their land becoming virtually worthless if the water is not there to farm it.

Maybe this is where we put our heads together to come up with new solutions.

PHOTO GALLERY
The Face of California Farming
Download
Calling all HuffPost superfans!
Sign up for membership to become a founding member and help shape HuffPost's next chapter
Join HuffPost

Rein in California's Farmers to Solve the Drought? Not so Fast.
The Face of California Farming 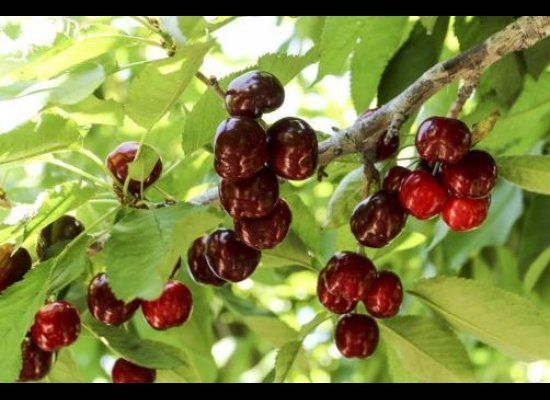 1 / 8
The Moment Before
After months of watching and monitoring, one rainstorm can cause the cherries to split, ruining the entire crop. The rains came, but were light and caused no damage.