Because Forbes is such a strong business brand and controls the bulk of the Business of Everything readership, its forays into the live, tangible, Forbes summit experiences continue to grow. Witness the outstanding connecting events with their coveted invitations to participate in the Under 30 Billionaires Summit and the Forbes Women's Summit. Bringing live leaders from the new generation of entrepreneurs and CEOs together with the new wave of Funds into the same room is an experience most business leaders and investors find profitable, creating a Forbes experience Off-Page. Especially when the mixer is chaperoned by the highly experienced and practiced eyes of the Forbes media machine--the same eyes that have recorded the growth of Google, the comeback of Apple, and the emergence of 3D manufacturing.

Forbes Reinventing America Summits are growing in influence and following. These small, invitation-only congresses bring together Wealth, Politics, Business, and Government as well as Education and Disruptive Innovation and are a winning formula for stimulating growth, forging new partnerships, and in this case, the reinvention of industrial power.

Having debuted the Reinventing America Summit in Chicago last year to much acclaim, Steve Forbes, editor-in-chief of Forbes Media, is returning with his combination of pragmatic and in some cases new leaders in industry, finance, education, and government under the imprimatur that the nation's industrial core is rebounding. The guests that FORBES has assembled across America's Heartland and participating in the new Industrial Revolution include billionaire Harold Hamm from Continental Resources, who is singularly credentialed to speak to oil pricing and energy as well as Steve Case , co-founder of AOL and Chairman of Revolution and the Case Foundation along with the multi-tasking Howard Tullman , Chief Executive Officer and the Man behind the Curtain at 1871, a Chicago based incubator that is now home to more than 325 early-stage, high-growth startups and second home to the Pritzker Group and Chicago Ventures. 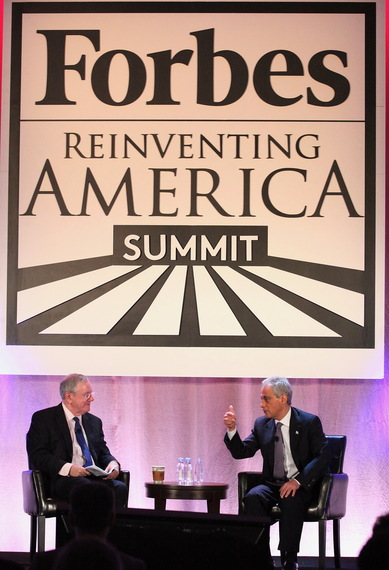 In Chicago on March 11th and 12th the "REINVENTING AMERICA" Summit is scheduled to host a congress of 350 powerful minds at the JW Marriott where Mayor Rahm Emanuel will preside over the educational forces and supportive environment required to foster a creative and supportive climate for economic growth and new industry. Because Mayor Emanuel, former chief of staff to President Obama, is a big believer in government supporting Business and urban based educational programs allowing the underserved to catch up in the competitive arena of Jobs Getting, it is highly likely he will take the opportunity offered to him at this Reinventing America Symposium, to announce his intentions to expand the program Year Up, doing vigorously well in New York to re-arm and educate the unemployed young adult populace for a year and then augment them in finding careers and jobs for the people who participated in the year long program to bloom in Chicago. Year Up founder and CEO Gerald Chertavian will be attending the conference as well as Marc Utay, Managing Partner, Clarion Capital Partners, LLC, a contributor and supporter of Year Up.

Governor Bruce Rauner, the newly elected Republican governor of Illinois brings Forbes list status to the table as well as hard-earned business acumen. It will be a relatively new experience and revelatory for both the Illinoisians and out of town guests at the Summit to hear the new governor espouse his initiatives, such as social programs to expand job opportunities, along with his principled Business practice. 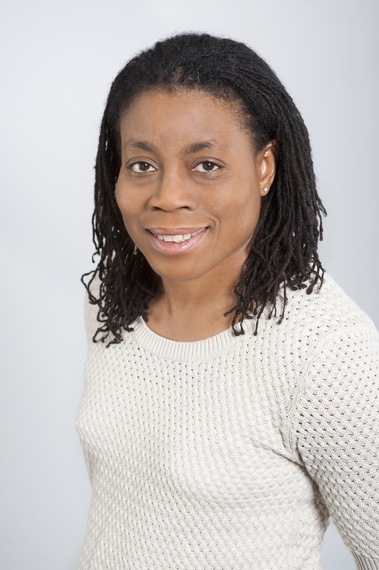 As Steve Forbes has said "We kicked the [Reinventing America] series off last year in Chicago and it went very well. Everything that's happened since underscores that the heartland is on the uptick."