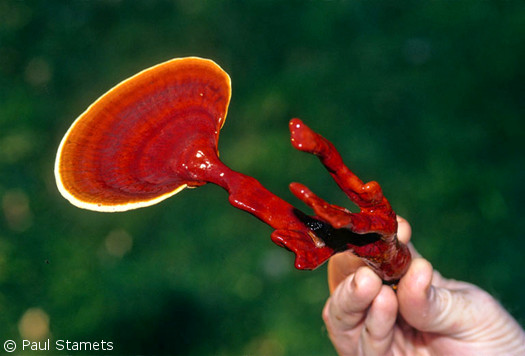 The iconic mushroom commonly known as Reishi (in Japanese) or Ling Zhi (靈芝 in Chinese) is probably the most respected medicinal mushroom in Asia. The earliest mention of Ling Zhi was in the era of the first emperor of China, Shinghuang of the Ch'in Dynasty 221-207 B.C.E. Once reserved for royalty to extend life and improve health, this polypore mushroom is strikingly beautiful. Deep reddish brown and saucer-shaped, often emerging from a branch-like stem, its smooth upper surface looks lacquered when wet. Because of this glossy appearance, Western mycologists called them "varnished conks" for many years (conks are mushrooms that have pores instead of gills on their undersides, such as maitake and turkey tails). While reishi mushrooms have historically been prepared as teas or infusions, other modern preparations include capsules, tinctures, and fractionated extracts of mushrooms, mycelium, and spores. Reishi is also added to chocolate bars, candies, energy drinks, and even coffee blends! 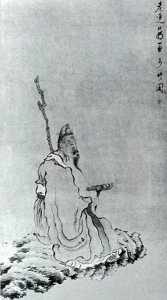 "Reishi" is a common name for a complex of closely-allied species of the Ganoderma genus. Until recently the name reishi referred to the species Ganoderma lucidum; however, new DNA barcoding and phylogenetic techniques have revealed that this name had been inappropriately applied by taxonomists to what is in fact a group of close relatives. These new techniques are now revealing that "reishi" mushrooms once all thought to be Ganoderma lucidum may have been misclassified. This misclassification is understandable, as all these morphologically-similar species naturally grow on old or dead tree trunks and all display remarkable glossy cap surfaces that can vary in color from bright red to black according to their age and environmental factors. Although these species (G. tsugae, G. oregonense, G. carnosum, and G. oerstedii, and G. resinaceum) have 98-100 percent commonality of DNA using the common "ITS genetic region," they are now considered separate species. 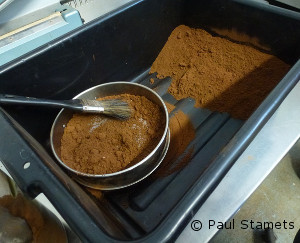 After amassing billions of reishi spores, a brush and fine mesh screen is used to remove extraneous debris.

Because of its rich history and long tradition of medicinal use, Ganoderma lucidum (in the strictest sense) is now one of the few mushroom species whose DNA has been fully sequenced (16,113 genes). Others are button mushrooms (Agaricus bisporus) with 10,438 genes and oyster mushrooms (Pleurotus ostreatus) with 12,330 genes (Joint Genome Institute). Reishi is remarkable for its diversity of genes coding for cytochrome P450 enzymes. These enzymes not only afford this species a broad arsenal for producing secondary metabolites for digesting nutrients, but may also confer benefits to human health such as enhancing the degradation of toxins and free radicals and increasing the liver's metabolic efficiency. The variety of these enzymes, among more than 400 active constituents that have been found, indicates to me that mushrooms such as reishi are like miniature pharmaceutical factories that can produce hundreds of medicinally-interactive compounds. Through trial-and-error and observable outcomes, our ancestors narrowed the field of edible mushroom candidates to just a few with remarkable, health-supporting properties. Today, reishi stands out as one the most valuable of all polypore mushrooms in nature for the benefit of our health. Many naturopaths and doctors prefer organically-grown reishi from pristine environments because they are more pure. 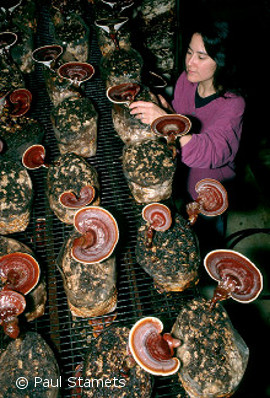 Reishi has been called the "panacea polypore," in part due to a widespread popular belief that this mushroom can help alleviate certain age-related diseases. Although many such claims are exaggerated and unsubstantiated, a number of studies have documented a range of medicinal effects.

In 2000, a group of Merck pharmaceutical scientists at the Centro de Investigaci´on B´asica, Merck Sharp & Dohme in Madrid, Spain tested the mycelial extracts of 204 species of mushrooms for their antimicrobial properties (Suay et al., 2000). The mushrooms showing the most activity were "reishi" species (G. lucidum, G. resinaceum and G. pfeifferi) of which 73 percent of the strains showed activities against the bacterium Bacillus subtilis. However, while extracts of the reishi species group all strongly inhibited Bacillus bacteria, they were curiously inactive against other disease-causing bacteria and fungi. That these Ganodermas are species specific in their antimicrobial activities suggests a unique mode of activity, a benchmark test that attracts medical researchers interested in new antibiotic drug discovery.

In my work with the U.S. Defense Department's BioShield BioDefense program, ethanol and water extracts of the living mycelium of Ganoderma resinaceum inhibited virus replication as measured by the viral yield reduction (VYR) assay of Flu A (H5N1) aka "bird flu," and Flu B viruses. Notably, a "traditional" hot water extract of the fruitbodies arising from the same mycelium demonstrated no notable antiviral activity (Stamets, 2008).

A review of the scientific literature reveals that many of the traditional medicinal claims can now be validated, especially the antioxidant and anti-inflammatory properties. However, the anti-cancer claims have yet to achieve the credibility of comparable studies on Turkey Tail (Trametes versicolor) mushrooms (see Turkey Tail post). In a recent critique of reishi studies published through 2012, the authors concluded:

Our review did not find sufficient evidence to justify the use of G. lucidum as a first-line treatment for cancer. It remains uncertain whether G. lucidum helps prolong long-term cancer survival. However, G. lucidum could be administered as an alternative adjunct to conventional treatment in consideration of its potential of enhancing tumor response and stimulating host immunity. (Jin et al. 2012)

While such conclusions presume similar sample preparations and consistent taxonomic identification from study to study, one common theme emerges. The species in the taxonomic constellation of "reishi" mushrooms consistently activate, in vitro and in vivo, human immune cells: macrophages, NK and cytotoxic T cells, on a dose-dependent basis. Moreover, in the previously-mentioned comparison of peer-reviewed studies on reishi and cancer, the authors conclude that the adjunct use of reishi may augment chemotherapeutic drugs to treat cancer and may extend their effectiveness. This is particularly important since a common concern among oncologists is that the antioxidant properties of medicinal mushrooms may interfere with chemotherapeutic drugs. Addressing this issue, Simone et al. (2007) reported:

[280 peer-reviewed studies] have consistently shown that non-prescription antioxidants and other nutrients do not interfere with cancer therapeutic modalities. In addition, nonprescription antioxidants and other nutrients enhance the killing of cancer therapeutic modalities, decrease their side effects, and protect normal tissues, and in 15 human studies, 3,738 patients actually had prolonged survival.

Although the trends are promising and reishi mushrooms exhibit a number of interesting medicinal properties, modern scientific techniques have yet to affirm its traditional "panacea polypore" status. For now we can state that reishi use is generally safe and has high antioxidant value. While we cannot yet state that reishi mushrooms extend the disease-free period of cancer patients, reishi remains as an excellent candidate for augmenting chemotherapy, according to some cancer researchers. Since funding of clinical studies is either industry-based or from grants -- few and far between -- the jury is still out on the usefulness of reishi, the "mushroom of immortality," for extending life. That said, I for one, join our ancestors in being drawn to this mushroom and regularly ingest it in many forms. 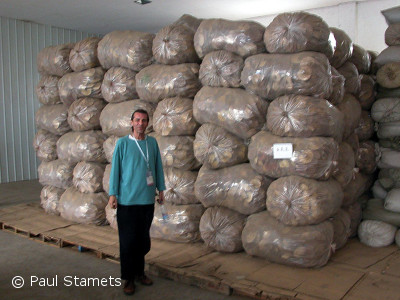 Mycologist Jean-Marc Moncalvo, presently Curator of Fungi at the Royal Ontario Museum in Toronto, was the first scientist to investigate the taxonomy of Ganoderma mushrooms using DNA sequences. Here he stands in front of more than a ton of Ling Zhi in a farm in China.

References Used for This Blog