Business strategist and Webby Award winner David Allen Ibsen (runs business consultancy 5 Meetings Before Lunch) was helping one of his start-up clients with their organizational needs. Specifically, they were looking to make a couple of key hires. Ibsen tapped into his business/social network on LinkedIn to search and identify potential candidates. "LinkedIn is great because you have the person's resume right in front of you." He then gave the short list of candidates to his client who "Googled" each person's name to do a background check.

The client put the names into two buckets: "People with a positive web presence" and "Not". The positives were called in for interviews, the rest were rejected outright. While these people had professional LinkedIn profiles, they were dinged because of what they had on other social networking sites. A professional profile is great but it doesn't mean you'll get a pass on them checking Facebook, Twitter or blogs you may have written. 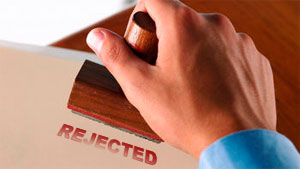 According to Ibsen, these people should consider taking a look at their personal brand. "Just like my corporate clients who covet their brand reputation, individuals need to look at what type of story is being told about them online and make sure it matches who they are and how they want to be perceived."

So, where should you start if you have a less than favorable web presence?

Facebook - Look at your profile photo. Is this how you would want to be judged by a potential employer? We know it's supposed to be just for friends, but the reality is that your photo along with your profile's "likes" and "dislikes" are open to public review. Give your likes and dislikes the same scrutiny. If you happened to be "tagged" in a photo, that picture could also make its way to a hiring manager or recruiter. Let your friends know that you would rather not be tagged.

Twitter - Whatever you tweet can get retweeted, on and on. It's like the old Faberge shampoo commercials, "I told two friends, who told two friends" and before you know it, it's out there in a big way. Tweets do fall off Google searches rather quickly, which is the good news. If you need to do some damage control on something you've tweeted, then tweet a number of positive things.

LinkedIn - A way to rebrand yourself here would be to raise your profile by answering questions in your area of expertise. Also, review your profile for keywords and positioning. That can make a difference in how people find you and perceive you. We coached a woman who was a professor, author and speaker. Her profile emphasized her academic background, when she really wanted to focus on her writing and speaking engagements. This was an easy fix and got her more attention in the areas she wanted.

David Allen Ibsen: "The Internet and the rise of social media have changed the rules in terms of how prospective employers do background checks. Even though the rules have changed, one thing still holds true - building a good reputation is invaluable."

People make the mistake of viewing LinkedIn as their professional image and consider Facebook and Twitter as their personal ones. While you might make this distinction, hiring managers don't.

Ibsen: "Never post anything on the Internet you wouldn't want your mother - or boss - to see."