Rekia Boyd was only 22 when she was shot in the back of the head and killed by an off-duty Chicago police detective .

The detective, Dante Servin, had gotten into a verbal altercation with one person among a group of individuals Boyd was standing with in Douglas Park, located on the South Side. From his unmarked car, Servin turned the wrong way on a one-way street and fired five rounds over his left shoulder out the window.

One of the rounds struck the hand of a man in the group; another hit Boyd in the back of the head. She died less than 24 hours later.

Police initially claimed a man in the group approached Servin with a weapon, prompting Servin to fire, "fearing for his life." The Independent Police Review Authority later stated they found no weapon at the scene and that the man was reportedly holding a cell phone -- not a gun.

Servin was charged that November with involuntary manslaughter, reckless discharge of a firearm and reckless conduct. He faces trial on Dec. 3.

In 2014, Boyd's family was awarded a $4.5 million wrongful death settlement by the City of Chicago.

Rekia's older brother, Martinez Sutton, 31, was the first family member to learn she had been shot. In the wake of the Ferguson, Missouri grand jury's decision not to indict Darren Wilson for the shooting death of Michael Brown, Sutton told The Huffington Post "they have to keep fighting." 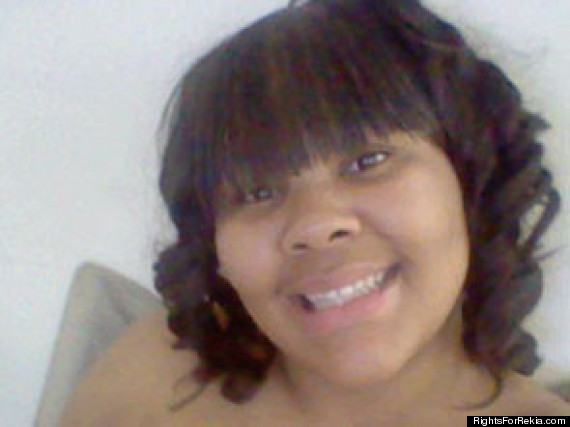 SUTTON: My sister’s birthday just passed on the 5th. She would have been 25. Thanksgiving is tomorrow; she stayed with me on holidays.

We miss her presence. Sometimes you can feel her in the room, but you miss the physical presence.

[The day Rekia was shot], I was looking at the news around 7 in the morning. I think I went for a bike ride. And when I get back I’m watching the TV and there’s a surgeon on the news — WGN or CLTV — and he comes on and talks about this lady who was shot in the back of the head and how no doctors would work on here because it’s so severe.

I thought, ‘Dang, that’s so sad.' I sent my prayers out to the family.

But about three hours later, I hear a knock on the door. Two detectives knocked on the door and asked me if I was the brother of Rekia Boyd.

They said ‘Your sister's been involved in a crime.' I’m thinking 'Where is she, where’s she at?’ I’m thinking she’s in jail.

The police said, ‘Well, she’s been shot in the back in the head. Here's a number for the hospital she’s at. Sorry...'

And then they kinda just walked away.

When I got to the hospital, I saw her laying on the table. Her body was already going cold.

I had no idea. No one told me that and the news hadn’t picked it up yet.

After that, I stopped watching everything on TV because everything was so negative: Murders, violence, killing. Not only by police but in our community.

I wasn’t too interested in following the grand jury decision [in Ferguson] because I already knew what it was going to be. I just looked at Darren Wilson and I thought, 'they’re just going to let him go.' I already knew the end of the story.

As for what Sutton would tell Michael Brown’s family, he said:

No words. There are just no words that I can really say. I lost a son to heart surgery six months before my sister [died]. I had been hurt, but I never lost a child. But to have someone take a child off this earth? What can I say other than thoughts and prayers?

Photographic Evidence Revealed | 'First Year Law Student Could Have Done Better Job' | Ferguson Smolders After Night Of Fires | Protest Locations | Americans Deeply Divided | What You Can Do | Darren Wilson Interview | Darren Wilson Could Still Face Consequences | Timeline | Students Protest | Shooting Witness Admitted Racism In Journal | Peaceful Responses Show The U.S. At Its Best | Reactions To Ferguson Decision | Prosecutor Gives Bizarre Press Conference | Jury Witness: 'By The Time I Saw His Hands In The Air, He Got Shot' | Thousands Protest Nationwide | Ferguson Unrest Takes Over Newspaper Front Pages Across The Country | Grand Jury ‘Should Be Indicted,’ Brown Lawyer Says | Grand Jury Documents Reveal Mistakes, Questionable Testimony | Parents Bring Young Kids To Bear Witness To Ferguson Protests | 12 Sobering Numbers That Define The Fight To Get Justice For Michael Brown | Saints Player's Moving Reflection On Ferguson Goes Viral | Amid Ferguson Cleanup, Locals Look For Their Community To Rise Above The Damage | 'They're Murdering Our Kids And Getting Away With It' |