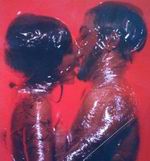 is its influence on relationships. Mobile phones, texting, facebook, and Twitter are just a few of the ways in which relationships are being redefined, established, and maintained by technology. We have entered a new era of Relationships 2.0.

Many of these changes in the nature of relationships have been positive and productive. Online communities based around shared ideas and passions are a vital wellspring of information and action. Causes have been fomented and movements launched by online communities. New technology has allowed people formerly disconnected to establish relationships that have increased creativity, innovation, productivity, and efficiency. A personal example: I was the lead editor of an academic textbook and my co-editor and I met over the Internet. Through the entire preparation and publication process, we communicated through email and have never met in person and only spoke on the telephone once (to congratulate each other on its completion).

Relationships 2.0 has also been a boon to maintaining already-established relationships. If you have family or friends who live at a great distance or if you travel a great deal (as I do), you no longer have to rely on the telephone to stay connected. You can be in constant contact through relatively primitive technology, such as email, or more advanced technology such as texting, facebook, flickr, Skype, and Twitter. And tech-savvy grandparents love this aspect of Relationships 2.0!

So, in exploring Relationships 2.0, I do not mean to devalue all manner of relationships that are now possible due to the recent revolution in computer and communication technology. We should embrace all of the benefits that this new technology has to offer. But, as with all value-neutral innovations, there are both benefits and costs, positive uses and unhealthy misuses, intended outcomes and unintended consequences.

My concern focuses on the more personal and social aspects of Relationships 2.0. For example, I hear many people talking about all of the "friendships" around the world they have made on the Web, whether through social networking, gaming, or dating sites, or sites that reflect their beliefs (e.g., political or religious) or their interests (e.g., technology, sports). There's no doubt that the Web has enabled people everywhere to connect and communicate like never before, but I would argue that connection alone doth not a relationship make.

Virtual relationships are based on limited information and, as a result, are incomplete; you can know people, but only so far. When connecting with others through technology, you get bits and pieces of people - words on a screen, two-dimensional images, or a digitized voice - almost like having some, but not all, of the pieces of a puzzle. You get a picture of them, but you lack the pieces you need to get a complete picture of that person.

But virtual relationships can seem so real. I blog for a group of mobile-technology web sites and the email banter among the almost-exclusively-male staff is no different than if a bunch of guys were sitting around drinking beer and watching football. Despite very clear geographical and political differences, the camaraderie and support is amazing. Yet, would this group get along if they met in person? I don't think so. Perhaps that is both the beauty and the shame of online relationships.

So what is the attraction of virtual relationships? We live in a society in which families are no longer nuclear, communities are fragmented, and people can feel isolated and disenfranchised. Economic uncertainty, global unrest, and political polarization can create feelings of alienation and anxiety. Fears of inadequacy, rejection, and failure also add to the maelstrom of personal angst. Isn't it just safer to stay in your room and connect with people through your computer? Isn't it better to have the appearance of intimate relationships, but without all the risks, than to put yourself out there and take the chance of being hurt?

People can fulfill many of their needs for connection and affiliation through virtual relationships. They can present their best faces to their online community. They can get support from a vast number of people. Virtual relationships are also easy and safe. Easy because you don't have to leave your room. Safe because of their anonymity and your ability to just hit End or Delete when you want out. But they certainly lack the richness and satisfaction of real relationships.

Technology limits what we can truly know about someone. It prevents us from using the most deeply ingrained qualities that have allowed us to make connections for ages. Though there is a place for online relationships, they are no substitute for the depth and breadth of real, flesh-and-blood relationships where you can see, hear, smell, touch, and sense the other person. Yes, real relationships can get messy, with hurt feelings, anger, frustration, and disappointment. But they're like two sides of the same coin; you can't have the beauty of relationships - love, joy, excitement, and contentment - without also being willing to accept its occasional blood, sweat, and tears. And I challenge anyone who can show me that virtual relationships can provide that.