From: About 16,000 signatories from all around the world (refer to attachment) 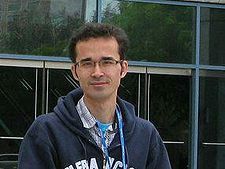 Re: International Campaign for the Immediate Release of Omid Kokabee from Prison in Iran

We, the undersigned from all around the world, are addressing you and calling on your sense of humanity and your responsibility as the United Nations's highest official to take action against an iniquity. Omid Kokabee, born in 1982, is an Iranian physicist and a postdoctoral student in atomic physics with a focus on laser research at the University of Texas at Austin. In 2011, he traveled back to Iran to visit his family, but was arrested on January 11, 2011 upon leaving Iran in the airport. He was sentenced to 10 years in prison and is currently serving time.

The main reason for his incarceration is his refusal to cooperate with the Iranian regime in its military projects. He was condemned based on absurd charges such as relations with the Academia and scientific circles and institutions abroad.

He has taken a strong and heroic position by resisting pressures and even withstanding prison instead of treading underfoot his moral principles as not to use his scientific knowledge for destructive purposes.

He has been saluted so far by multiple human rights awards. He is a brilliant physics student with no record of political activity who has undergone serious physical and psychological harms in prison. He has been suffering from an acute kidney disease for two years, yet the prison officials have been denying him access to advanced medical treatment. A few days ago, we were struck by the most dismal news: Omid's lawyer announced that unfortunately, he had been diagnosed with a type of kidney cancer (Renal Cell Carcinoma) due to a malignant tumor in his right kidney.

Omid has undergone an urgent nephrectomy surgery and his right kidney has been removed. The Iranian regime is responsible for Omid's health and should account for anything unfortunate happening to him.

With respect to Omid's particular situation as an Iranian with a sensitive scientific specialization, and as he himself expressed in a letter to the public prosecutor, there is serious concern that some invisible will in the corridors of power does not want him to come alive out of prison.

Omid's health condition is such that he shouldn't stay any longer in prison and deferral of his release would cause him irreversible harms. The Iranian regime should be urged to release Omid and his family should decide where he is to receive further treatment. We are writing this letter to call your attention to Omid's case, and ask you to use all available means to have Omid released from prison.

Attached you will find the web link in demonstration of the support of more than 15,000 signatories to this letter. This massive mobilization in favor of Omid (proved also by more than 300,000 #FreeOmid hashtags over the past few days), demonstrates that there is a high expectation of you in the public opinion in terms of quick action in this matter.

Waiting for your favorable action to save Omid's life, we remain. Best regards.

And about 16,000 signatories from all around the world, to be found at this link.