Memo to visitors to Cancun: Sometime during your stay, chances are you're going to tear yourself away from your hotel's powdery beaches to get a look at one or more of the ancient Mayan cities dotting the Yucatan Peninsula. Like Tulum, where the walled city -- perched over the aquamarine waters of the Caribbean -- must have lit up like a fireball in the morning when the first rays of the sun began bouncing off its once-crimson-colored temples, shrines and towers (perhaps explaining why it was originally called Zama, or City of the Dawn). 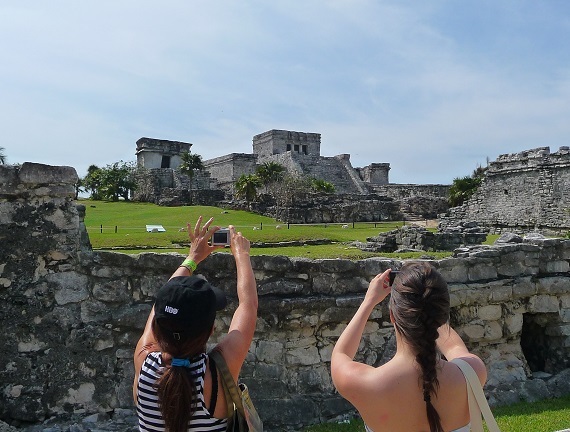 Tulum is one of Mexico's most-visited archaeological sites. Photo by Bob Schulman.

How about climbing up a 140-foot-high pyramid at the city-state of Coba (if you can make it all the way to the top, you'll be rewarded by a dazzling view of this immense city, spread out as far as you can see in any direction)? 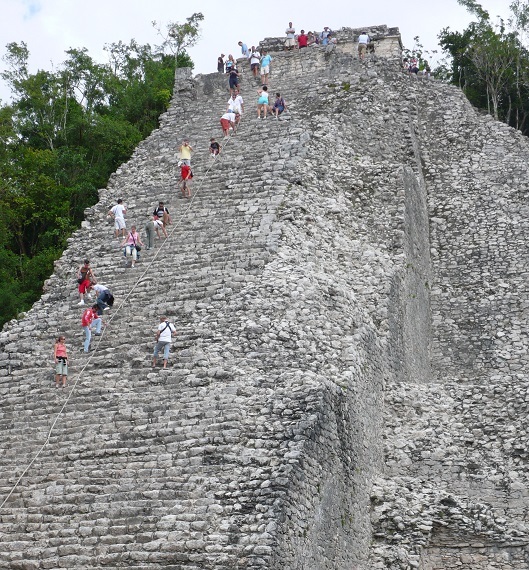 Tourists scale the pyramid at Coba. Photo by Bob Schulman.

Or maybe you'd like to take an inland tour to Chichen Itza, home of the Mayan super-god Kukulkan. Besides his towering pyramid, waiting there for tourists are sights like the eye-popping Temple of the Warriors, a ball court (where losing teams lost a lot more than the game) and a huge cenote well (where legends say maidens, weighted down by gold and jade, were tossed into the water to please the gods). 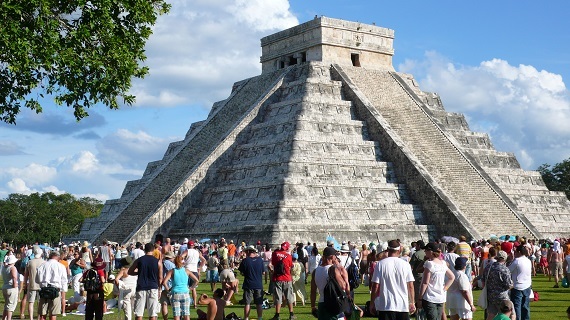 Temple of Kukulkan at Chichen Itza. Photo by Bob Schulman.

Back in Cancun, the local tourism folks want you to know about a way to make you less of a stranger to sites like these before you set out to see them.

About mid-way on Cancun's 17-mile-long main drag, Kukulkan Blvd., is a US$15 million museum showcasing the ancient roots of the Mayan culture. On display at the Museo Maya de Cancun are over 350 Mayan artifacts along with maps of the archaeological sites peppering the region and run-downs on what you'll see at the various ruins. 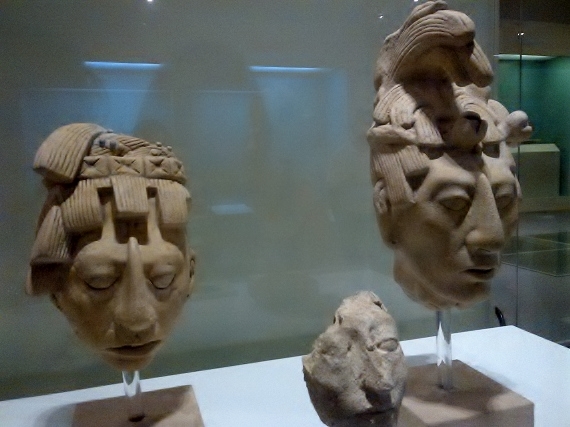 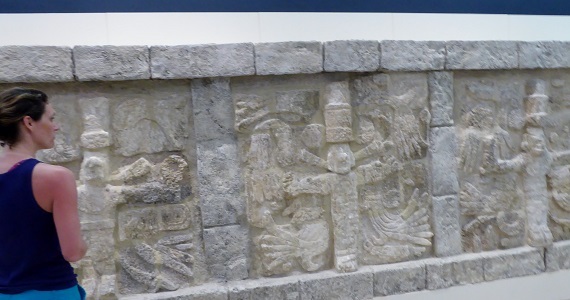 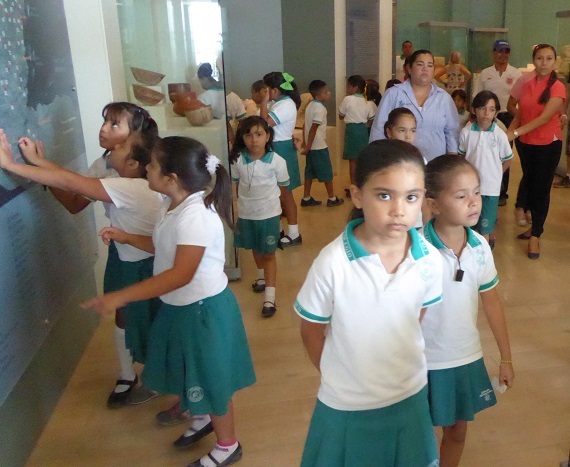 Youngsters check out the locations of archaeological sites (at left). Photo by Bob Schulman.

"Visitors still might not be able to tell a chankanaab from a chacmool, but they'll come away from the museum with a much better understanding of who the ancient Mayans were, how they lived and how the archaeological sites fit into that picture," says Andres Palacios, a Cancun-based strategic marketing manager for the Royal Holiday vacation club.

Opened in late 2012, the museum has three exhibition areas displaying everything from colorful pottery to jaguar masks to wall carvings depicting battles between Mayan city-states. Cost of admission to the museum and the adjoining San Miguelito archaeological site is a little under US$5.