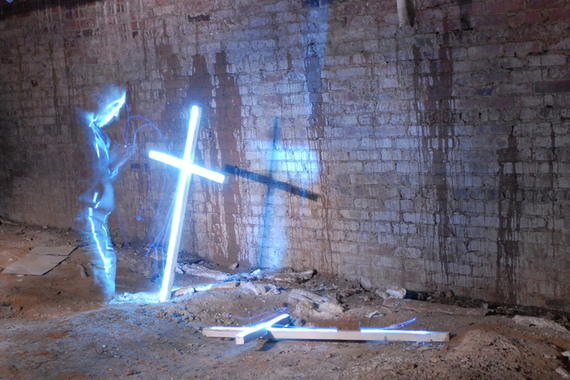 As it is so often said, our decade, and those before us, are the "age of the algorithm." It is an era when our devices are not only talking to each other in a high-def orchestra -- embedded in trees, buildings, vehicles -- but also inside of us, making dietary suggestions based on moods, unlocking bras when a woman "feels in love" or delivering a hug via a special coat when our bio-metrics indicate we need one. As the entities dictating how computers make such "smart" decisions, algorithms are fueling this, and more than a few writers have coined clever ways to describe contemporary society's reliance on them: algocracy, algorithmic culture, new theology, idols and/or gods.

Thus far, algorithms have upended every sector of our society, beginning with transportation (how we tap to hail a "taxi"), consume media (get movie recommendations), love (dating website "matches"), finance (algorithmic traders), and, quite frankly, the list goes on. One missing category from the graveyard of this-is-how-it-used-to-be is religion. Insofar as religion has historically been a major proponent of introspection -- i.e., thinking critically about ourselves -- it is currently under the chopping block, since, in fifty years, introspection will not be what it has been for the last two thousand or so.

One thing religions are extremely adept at doing are channeling our thoughts, feelings and all our other emotional shrapnel into an emotional architecture, a waterslide of sorts that, though the ride is creative, unique and a "dark night of the soul," should eventually drop you in the same destination. That destination depends on the religion in question, of course. In a crude sense, the medieval genre of arguments for the existence of -- god, the soul, original sin, etc. -- are early forms of thought-algorithms intended to drop the reader out into the destination in question; most forms of education and philosophies, it could be argued, also work analogously.

For instance -- a Christian might ask: why did the thought of having sex with a married woman just enter my mind? Well, to understand the waterslide of Christian thinking, the reflection would be contextualized into concepts like fallenness, sin, lust as toxic, monogamy, among other ideological kin, these concepts acting as prisms through which to view otherwise valueless cognition. These concepts, reinforced by behaviors and rituals, act as sluices to guide, tag, and direct the waters of human introspection.

Of course, the faithful do not consider this to be a constructed architecture in any sense, as it is the "truth" or simply "the way it is." Regardless, when they work properly -- as when they guide a young girl to health after tragically losing both her parents -- religious thought is a beautifully evolved organism, resembling more the patchwork construction of the beehive or the Islamic bazaar than the cathedral resting on a foundation of math. Religions not only force us to think about ourselves, but guide the process as well through sophisticated means, means that are time-tested, effective, and, given religion's global footprint, welcome. In many ways, religions are algorithmic in nature. 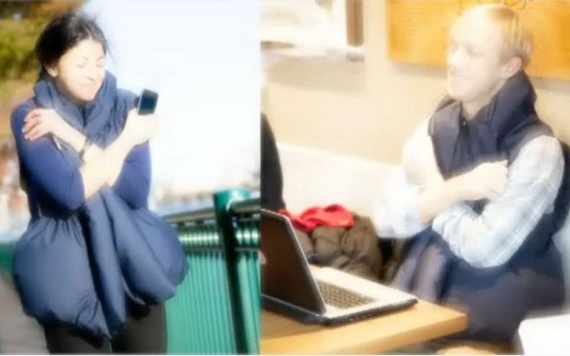 What about algorithms today? First, it is no longer science fiction speculation to claim memory implantation is coming soon. Second, neuroscience research and surgical techniques (first developed to cure) will soon hone in on the ability to modify singular thoughts (moving beyond modifying functions like speech and motor coordination). The ability to develop a brain-computer interface so that someone could move a mechanical arm with a select thought is not even a headline, and sure to follow are fully functional mechanical exoskeletons for paraplegics. Third, we are not quite narrowing in on the ability to mind map -- i.e., identify and track the millions of electrical webs accompanying our thoughts -- but it is now thought to be in the realm of the possible. Fourth, once mind mapping is complete, tech companies already processing huge amounts of data at lightning fast speeds will tag introspection points as just other signal data sets, and algorithms will be able to sift the data accordingly, eventually with the ability to apply algorithms to those data sets and produce a desired result.
Designer thoughts.

The intervention at the level of a singular thought's behavior will most likely begin in rehabilitative care, as for instance a child rape victim whose trauma is overwhelming, effectively rendering normal growth and mental stability unlikely. Soon, select thoughts will be trimmed from the victim's neural patterns, which could effectively stop the cycles of alcoholism, depression and cycles of abuse. Once this is possible, free-market companies will advertise similar services. Mind remapping will become a boutique business, and class dynamics will rear its head when money can truly buy happiness, or at least the symptoms of it.

In short, the human labor once accompanying introspection may be able to be automated, and we will be able to bypass the work it requires to permanently rid ourselves of unwanted thoughts and feelings, often the job of religions (though of course religions do much more than this). At this stage, religion might have its first real cognitive competitor, in the sense of giving value and context to thoughts, a crucial component to introspection; psychoanalysis or philosophy, to name only two, do not compete on the same stage. This is not a conflict between science and religion, or between religion and technology, but rather about how we value the intricacies of thought, and how those intricacies shape who we are as a species, and what we create as a species (culture). 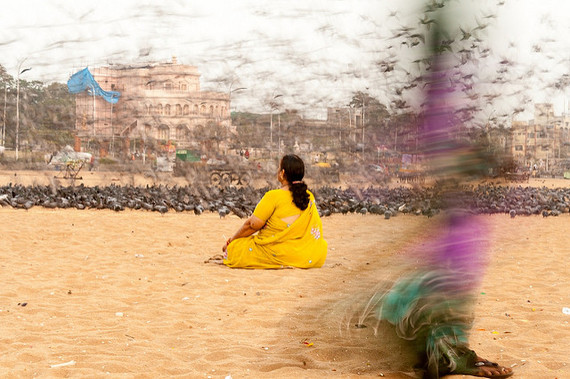 It could also be that rather than eschew this trend, some global religions, ever so eager to compete in the attention economy, create algorithms of their own. For instance, let's imagine that you want to fix something about yourself, perhaps a tick in your mental pattern that is making you dangerously anxious about your ailing mother. Lately, it has been causing considerable damage. Its keeping you up at night; you cry at work, a lot. You are becoming estranged from your children. You might lose your job. You've tried for years to work on it, but still, you just know you would be happier if you could let go. As a practicing Buddhist, you know that it stems from your inability to understand the impermanence of all things, loved ones included. You have faith that Buddhism has the answer, it's just that you can't quite get there.

So, what does it mean if, in fifty years, Buddhist algorithms are created to rewire your mind to be more amenable to Buddhist thinking, and so you can, almost effortlessly, steer your thoughts into its sluices, effectively reaping the benefits of Buddhist non-attachment without the mental training that traditionally accompanied it? You're asking -- why would someone do this? Well, considering how hard one has to work to reap the fruits of a religious mindset, and considering how sweet those fruits are, it just seems common sense that many would want to remove the labor required to get there. Market demand will be there, trust me.

Of course, the great unknown is how sweet the fruit would be of a religious algorithm. Isn't the sweetness of such non-attachment, for example, squeezed from the sense of overcoming, that we suffered and won, struggled and overcame. In short, that it was earned?