Pope Francis's recent encyclical on climate change--and his embrace of mainstream science--brings the question of whether religion and science, two titanic cultural forces, can be reconciled. And it's not just about the Pope and climate change. Whether it's evolution vs. creation through the book of Genesis (a continual favorite, it seems, with a revival in Louisiana), or whether religion and science simply see the world in irreconcilable ways (as Jerry Coyne never tires of saying), or a whole host of other topics, it would be good to know where these two are headed. 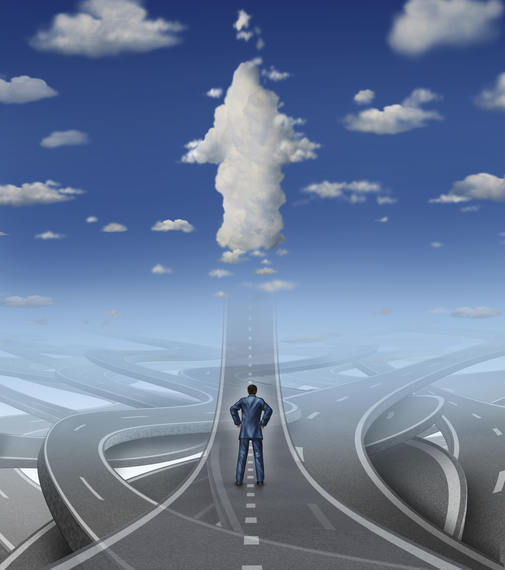 To many, it seems the prominent scientist and atheist Richard Dawkins is right: there is a conflict, and science is winning. Sociologists Christian Smith and Kyle Longest found that 70% of 18-23 year olds "agree" or "strongly agree" with the statement that the teachings of religion and science conflict. And more than half (57 percent) disagreed with the statement "My views on religion have been strengthened by discoveries of science." Thus, it would seem that the forces of science and religion are locked in a deadly battle.

Behind these reasonably straightforward statistics is a much more varied and interesting story, which also makes the future less easy to predict. Let me explain by noting the way the interaction of science and religion is commonly.

Ian Barbour, a physicist at Carleton College, set out four key types that has defined the field of science and religion for the past 50 years. There are those who encourage conflict--here we can think of biologist and author Jerry Coyne and Creation Museum's Ken Ham, a duo which is entertaining to put together, but hardly of the same ilk. Others, like noted paleontologist Stephen Jay Gould and his Non-Overlapping Magisteria promote independence--these two are different and ought to stay separate. Science is about facts; religion about values. Or perhaps the quote often assigned to Galileo is set out, "Religion tells us how to go to heaven, not how the heavens go." And then there those who explore dialogue and integration (two of Barbour's categories I'm combining) like Pope Francis, or the head of the National Institutes of Heath, Francis Collins who was recently interviewed by National Geographic on "Why I'm a Man of Science--and Faith." And the Dalai Lama who has advocated for a series of programs to teach scientific education, especially contemporary brain science, to Buddhist monks.

That's the typology. What about emerging adults?

One relevant fact about 18-30 year olds is the growth of the "Nones" (or those who answer "None" when asked "What religious affiliation are you?"). This demographic hovers around at about 1/3 Nones (or, depending on the survey 30-34%). And, as pollster David Kinnaman published in "You Lost Me," which found that one of the six main reasons emerging adults are leaving the church is that it is seen as "antiscience."

Reading a bit deeper, however, it's important, though, not to confuse Nones with atheism. Yes, there is a growth with atheism, but the Nones are more about growth away from nominal Christianity as well as other religious traditions. For much of United States history, however, it's been stated, "I'm an American. Therefore I'm a Christian." Emerging adults don't make that connection for various reasons. Many Nones either believe in God or are seeking a spiritual reality. They are not hardcore atheists. They simply don't identify with religious congregations.

In this regard, the observer arrives at something curious: though there are statements from prestigious organizations such as the National Academy of Sciences, who state, "Attempts to pit science and religion against each other create controversy where none needs to exist," the discussion on the Internet--which powerfully affects the opinions of emerging adults--is largely hostile toward religious faith. As one post stated: "The Internet will kill religion." And another opined: "Jesus will soon go the way of Zeus and Osiris." And there is the series of memes like "Let me introduce you to my bronze age sky god" when ridiculing Christianity.

The issue of conflict is perceived within the culture of emerging adults, but with a bit of work, one quickly realizes that this isn't about conflict over content. Simply put, there are various reasons for perceiving, or promoting, the conflict between science and religion. Calvin College sociologist Jonathan Hill demonstrates that, even though a slight majority believes religion and science are often in conflict, that number breaks into three groups. First, some believe the two are separate domains, and the conflict is unnecessary. It's happening "because one or the other is stepping out of its natural domain." The next group believes that there are real conflicts but these "are limited to very specific domains, not to a general epistemological conflict." The final third see them as "fundamentally incompatible. Within this group about half side with religion and half with science."

Therefore, though it would seem that there is an irreconcilable conflict between science and religion, Hill's work, and my qualitative research, suggests something different--namely, that emerging adults are not as personally negative about the compatibility between science and religion, more that they have heard others argue for incompatibility. Perhaps they have heard about the conflict between the two (maybe they watched Bill Nye and Ken Ham on TV), but they themselves are quite interested in finding a response. So, though they know that warfare is in the air, many emerging adults, when asked, generally are not adherents.

But doesn't religious belief prevent those of faith from engaging with the insights of science? Actually, not really. As Rice sociologist Elaine Ecklund has pointed out, religious believers are remarkably interested in science, at about the same percentage as the wider culture. This all makes sense of one of the most consistent responses I received in interviews with students: Travis, after looking at the interaction of science and religion from the perspective of history and philosophical critique, concluded, "I'm really interested to hear from someone who's thought about these issues." In my experience and research, although many emerging adults may perceive conflict, they would like to hear thoughtful voices from either side that move beyond warfare. This generation has been fatigued by the culture wars.

All this leads me to conclude that conflict is not what it appears and that these nuances do not fully exhaust the varieties of responses to the question of how to related religion and science. Of course, there are remarkable amounts of emerging adults in the United States who pull together religion with "traditional American values." That seems to be the best way to understand the growing voice of anti-evolutionists who combine that with conservative politics, which is notably contrasted with those who are in the mainline religions, who are more likely to ascribe to the truth of evolutionary theory than the wider public. But let me simply offer a few ways this can divide and radiate into forms we haven't seen yet. We will undoubtedly see the emergence of Artificial Intelligence, and trans- and post-humanism--perhaps as promoted by the futurologist and Google Director of Engineering Ray Kurzweil--increasing not just scientific, but technology's, interaction with religious impulses. But there are certainly other voices, such as the students I've interviewed who blend a variety of spiritual insights, certainly not simply Christian, but other religious traditions, such as Buddhism and Wiccan practices, as well.

So, will there be more future statements by religious leaders, like the Pope and the Dalai Lama, that engage mainstream science? Undoubtedly. But with an increasing percentage of Nones, they will have to learn to speak the language of the wider culture of the religious unaffiliated. Will there those who advocate an increasing split between mainstream science and religious faith? Certainly, but since most U. S. citizens are religious (the figure hovers around 80%) and since almost all of us use science in daily life, it's hard to see these voices winning the day. And will this emerging adult generation--defined by openness and spiritual flexibility--find new ways to go with this interaction? For sure. In ways that I've noted above, but in so many more that no one can see.

As far as I can tell, even though I lean toward integrating science and religion, there won't be any big winners. But that's why I enjoy listening to the voices of emerging adults. They make the future harder to predict, fraught with more uncertainty, and entirely interesting.